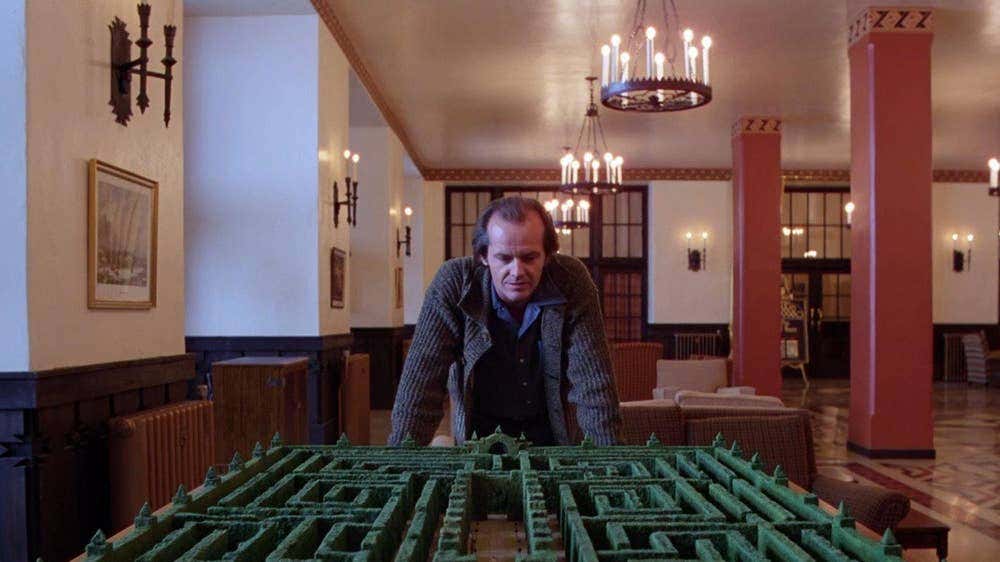 As you'd expect, horror movies dominate October. The number one movie this past weekend was Smile which brought in $22.5 million which is more than any movie made since Bullet Train in the first weekend in August. It's likely not the only scary movie to hit number one this month either. In two weeks, Halloween Ends is getting released and that's the only new movie coming out that weekend.

But if you're looking for something to watch at home, here's my ten favorite movies based on a Stephen King novel. King is my favorite author and because he has had such a long period of success, so many different directors and actors have worked on his material. This list won't include Maximum Overdrive starring Emilio Estevez, which is the only movie King directed himself. If you're looking for a fun, trashy and terrible movie to watch and shit on, you won't have much more fun. King admitted he was he was "coked out of his mind" during the production and he never directed another film again.

So no Maximum Overdrive but here are the ten greatest Stephen King movies:

The first book King got published was also his first movie. This got great reviews when it came out and even received Academy Award nominations for Best Actress (Sissy Spacek) and Best Supporting Actress (Piper Laurie). It's directed by Brian De Palma and his brilliance elevates the movie in certain scenes and his coldness can really detract from it for me. My favorite version of De Palma is when he's directing calculated characters like in Scarface, The Untouchables or Mission Impossible. Those movies have people who have specific plans and ambitions. But when it's a movie like this with people we supposed to care for, there can be too much of a distance.

A trashy horror movie, this has no business being on the list ahead of Carrie. But I'd be lying if you said I could pick one movie to watch tonight and I didn't pick this one. The acting is wildly inconsistent but there are some legitimate scares in this movie. The dead jogger Victor Pascow has more depth then you might typically see in a movie like this. Zelda and Evil Gage are absolute nightmare fuel. You can also make a case that the real bad guy is Jud "dead is better" Crandell as the doomed Creeds would never even know the "Pet Semetary" existed unless he told them.

Avoid the remake. It's a more polished movie but it misses the true scares of the original and it's a pointless remake. The first one holds up as well as it did when it came out.

The biggest box office success of Stephen King's career, this movie was in a tough spot when came out being compared to the very successful (and cheesy at times) made-for-TV mini-series from the early 90's. Bill Skarsgard had it especially tough having to fill the big clown shoes of Tim Curry as Pennywise. But Andy Muschietti did a great job mixing in special effects and the great cast to make this a better movie than the original. The sequel isn't very good but that might be the material. The kid's story is so much more interesting than the adults. It was true in the book and in both movies.

I loved the process of reading this serial novel so much, I'm probably too forgiving with this movie. In 1996, the book came out in six monthly installments of about 100 pages each. It was such an enjoyable way to take in this story. I would devour each volume and really look forward to each installment. This is a good movie but I wonder if it would have been better off with the same approach as a 8 episode series on HBO or if released now, on a streaming service like Netflix. The pacing never feels quite right with this movie. I think it's too long of a story to tell in one sitting. You need to spend time with the guards to learn who they are and why they do what they do but the John Coffey storyline is so riveting, it's tough to move away from that for too long.

This is the second of three Frank Darabont directed movies on this list. This is a really well directed movie and it has to be considering so much of it is set in a single supermarket. It stays consistently exciting throughout and has one of the most shocking endings of any film I've ever seen.

After The Mist, Darabont turned his attention towards directing and showrunning The Walking Dead. I'm still disappointed on how that ended up. He was fired by AMC very early in the second season and the quality of the show quickly disintegrated. He was left pretty disillusioned by that process and that a script he wrote about the Civil War that could never get financing. He hasn't directed another film since.

The most underrated movie on this list, it's also one of King's most underrated books as well. It tells the story of Johnny Smith (Christopher Walken), a teacher who gets into a car accident that leaves him in a coma for five years. When he awakens, he can tell someone's future if he touches them. Directed by David Cronenberg (A History Of Violence), the strangeness of the situation in this movie allows both Walken and Cronenberg to make unique choices but having it rooted from a source material keeps it from getting too weird.

This was also a decent TV show on USA Network with Anthony Michael Hall but both the book and the movie are far superior.

The first thing people remember about this movie is Kathy Bates' Oscar-winning performance. But don't sleep on how good James Caan is in this movie. Bates is terrifying as Annie but Caan is the one we spend the whole movie with and he is the one needing to react normally to the awful situation he's in. I watched this a few months ago and it holds up really well. The isolating situation and Annie's old fashioned house give the movie a timeless element.

He was never nominated for Best Director and I feel that he's sort of been forgotten as a great director once the independent cinema age led by Quentin Tarantino and Steven Soderbergh took hold. I don't pretend that Reiner is as good as those guys but few handled that period of time in the late 80's/early 90's when major studios were still making creative movies for larger audiences.

Stand By Me shows how great Reiner was. This is a movie that can be enjoyed by parents and kids and not feel like it's talking down to either generation. Reiner and Steven Spielberg both had this great skill to make movies accessible.

This is my favorite horror movie ever. The horror elements are quite simple. What separates this is has so many pieces to it. It can be a movie about a haunted house if you want. Or it can be about alcoholism. Maybe you see it as the story of someone whose self-hatred about being a failure needing to take control. It could even be about the societal breakdown of the nuclear family at the turn of the 1980's.

Stanley Kubrick's genius is fully on display here as the movie alternates between being bizarre and abstract to being so scary because it feels so rooted in who we all are. For all of it's layers and wildly great Jack Nicholson performance, it's about a two parents and a kid in an empty hotel. Doesn't get much more simple than that.

This, more than maybe any movie of my lifetime, will stand the test of time. I don't know what the next technology will be but just like younger people don't like watching black and white movies now, future generations will be annoyed that Shawshank is only in color. But like those classic movies, once they start watching this they will love it. The themes and touchpoint of this are things that humanity will always have a need for: freedom and friendship.

We'll all be dead in a couple hundred years and long forgotten. Our grandkids will all be gone and anyone who has ever known us will no longer be walking the Earth. Almost everything we have thought about or enjoyed will be relics at best. But people will still be listening to The Beatles because they have made amazing songs that are about love.

And they'll still be watching The Shawshank Redemption.