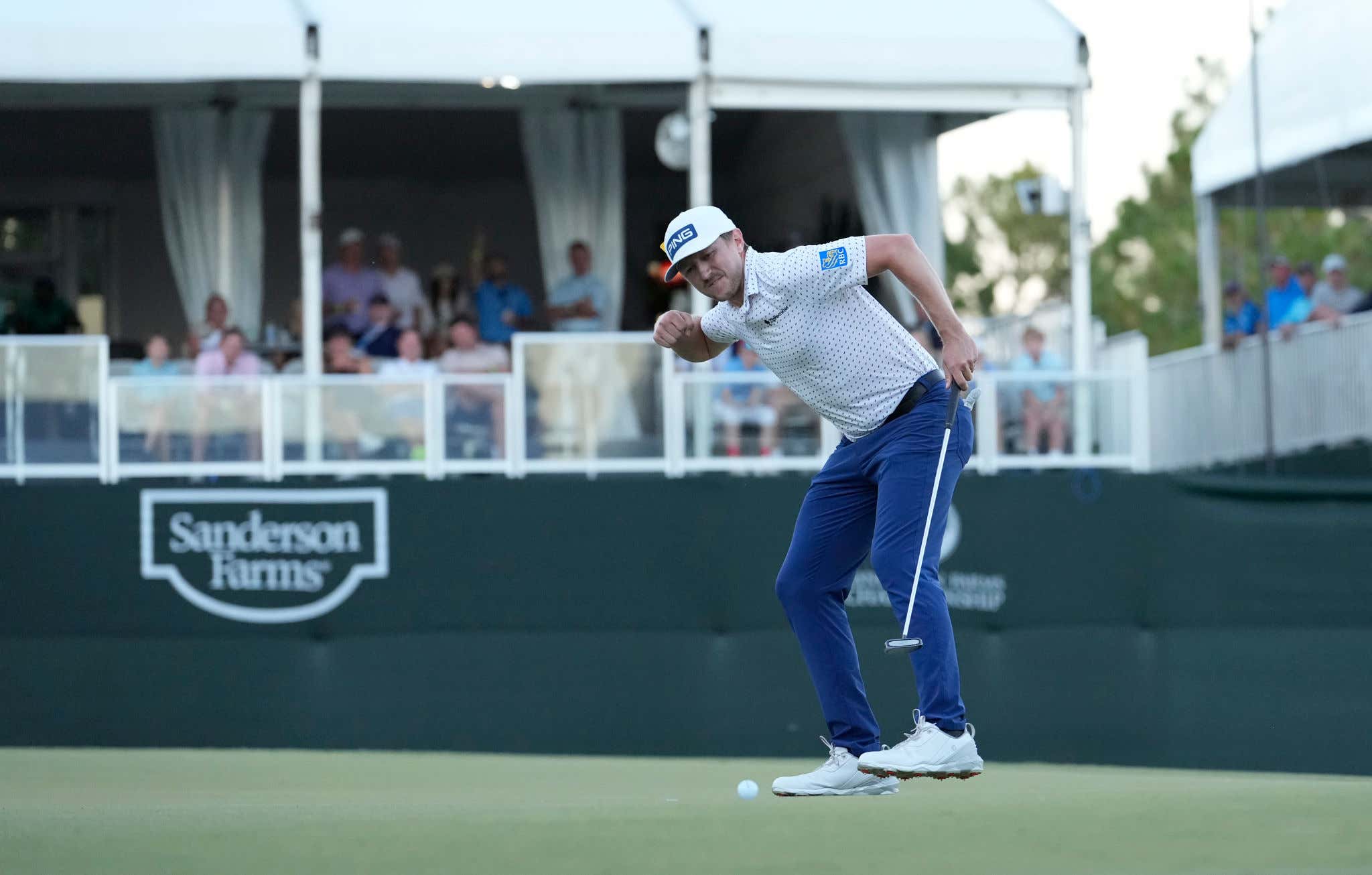 MacKenzie Hughes is just a good ol' boy from Hamilton, Ontario. He had a huge 2021 season on Tour where he finished T15 at the US Open and T6 at The Open. He doesn't pull through with the wins often on Tour, but when he does? Well it's coming in a playoff.

He got his first PGA Tour win at the RSM Classic in 2016 where he won a playoff against Blayne Barber, Billy Horschel, Henrik Norlander, and Camilo Villegas. And then yesterday he grabbed his 2nd career PGA Tour win with a birdie on the second playoff hole against Sepp Straka at the Sanderson Farms Championship.

2 wins in his PGA Tour career and his playoff record is now 2-0. Which is pretty shocking considering he walks around the course with a Toronto Maple Leafs logo tucked away behind his ass.

Maybe this just means that it's the Leafs' year. The last time MacKenzie Hughes won on tour was during Auston Matthews' rookie season. Since then the Maple Leafs have at least made it to the playoffs every season. The only thing is…well…they still haven't won a playoff series since the lockout in 04-05. But they've qualified for the playoffs every year since Hughes' first playoff win on the PGA Tour, maybe the 2nd playoff win means they'll finally advance to the 2nd round this year. They traded for Matt Murray over the summer, they're exploring the option of putting Mitch Marner on defense, Kyle Dubas is going into this season without a contract already in place for the 2022-23 season. The Toronto Maple Leafs are clearly in desperation mode right now, and maybe MacKenzie Hughes sinking that birdie putt to win the Sanderson Farms Championship is just the right juju they need to make it happen this season.

And by make it happen, I mean have an epic collapse in the second round of the playoffs this year instead of the first. Baby steps.