Well that's one way for Ryan Day to tell his punter, who decided on his own to fake a punt while up 39 points in the 4th quarter, that he has his back. And it's the ultimate middle finger to the media, who has wrongly accused Ohio State of foul play, saying things like "real classy stuff" and "way to show Rutgers who is boss!".

Who do I have my money on? First, you must clarify if you mean in coaching or in fighting. In coaching, I'll take the guy who is 5-0 against Rutgers with an all-time scoring total of 258 to 74. In fighting, I'll also take Ryan Day once again, because I won't believe it til I see it that he can lose to anyone from Rutgers.

Oh, and for those who don't understand football, Rutgers sent out the punt block team, overloading one side, and the Ohio State punter saw nothing but open green on the right. He's taught to take off when he can, and he did as he was taught. 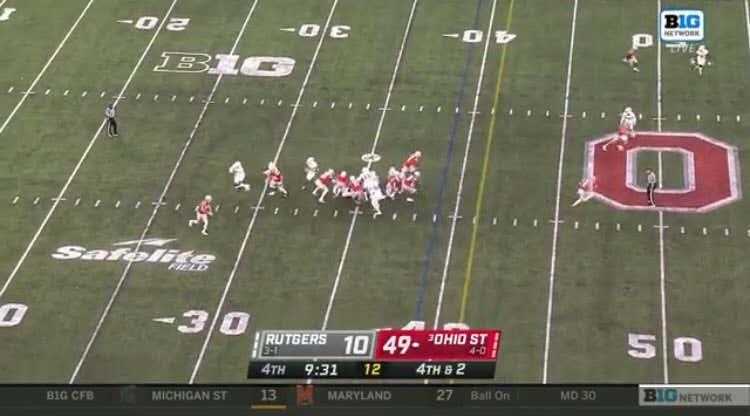 If you don't see why the score being 49-10 was irrelevant in this situation, then you cheer for a losing football team. Championship contenders, year in and year out, understand that you don't play Rutgers in games like these. You play Alabama or Georgia, who now have to prepare for that when we see them in the title game.