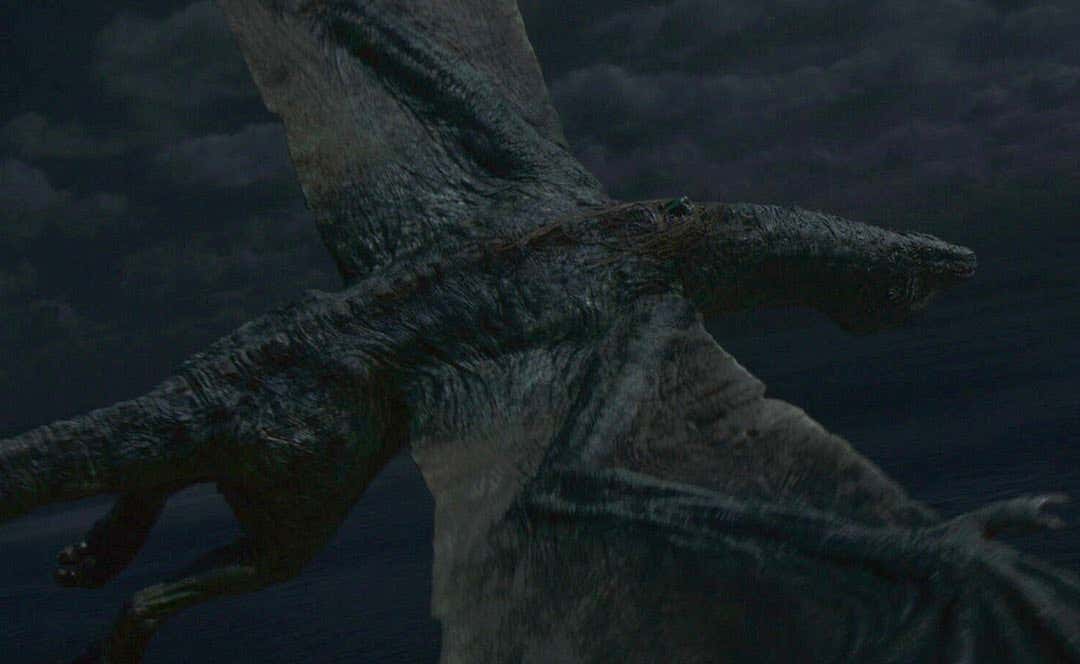 So shit got real that episode, huh? Everything was pretty chill outside of the Battle of Winterfell lighting before Aemond Targaryen had to go steal his dead auntie's dragon. Not that I'm blaming him. I would steal a dragon from any of my family members or closest friends regardless of if they were dead or alive, no matter how many GTA Wanted Stars it gave me.

Even getting that dragon for the price of an eye had to feel like stealing. You could carve my eye out right fucking now if it meant I could have a living, fire breathing uncovered private jet that could roast my enemies like mallows for a s'more. Granted I am also a shell of myself incapable of feeling anything after the Mets slowly gutted me this weekend, including me having to record this podcast while watching it because I am just as good a Mets fan as I am a worker.

However I still would carve an eye out if I could feel pain because while Aemond may be a thieving prick, he also uttered the most accurate line of any Thrones show ever.

I'm even willing to overlook Aemond being a fucker that beat up his cousins that were either girls or younger than him because he had dragon blood running through him. I can't imagine what it's like to fly a dragon for your first time but this shit will put some hair on your chest and make you a man instantly.

Speaking of that fight, it really gave off e same vibes of Joffrey's bitch ass starting shit he couldn't finish with the Stark girls and the poor butcher's boy, which really caused shit to pop off in Game of Thrones.

The lesson in all this? Kids ruin everything.

Lost in all the dragonnapping talk was we got to see Sunfyre all growed up and he looks fucking AWESOME.

Someone smarter than me needs to give a full breakdown of where we stand with dragons on both sides of this upcoming war because they are the true power brokers here.

I'm not sure how the org chart of Westeros looks, but the queen slicing the king's daughter that is heir to the throne seems like it shouldn't be allowed right? Back to the GTA stars hypothetical. How many stars do you get for slicing up the king's daughter that is technically the heir to the throne. AGAIN, this seems like a 5 star offense but Alicent got off without even a slap on the wrist unless you consider sex with Viserys' cold corpse as punishment.

Shout out to Viserys for making it through seven episodes by the way. I thought he was cooked by the end of episode two. Other than getting walked on by everyone he loves and completely bungling the transition of his throne, he is a pretty damn good king.

That being said, I swear to God if King Viserys survives the time jump AND the rest of the next episode, I am going to believe he is immortal, maybe a White Walker, and potentially The Night King.

That dude was so awesome until he got murdered by a middle schooler in an episode nobody could see. Okay, I'm not gonna reference Season 8 again because it reminds me of the last Mets series.

You know what dude is awesome but in the absolute worst way possible. Lord Larys.

I am closing the membership to Club Clubfoot this Sunday at 9 PM. So get in now or forever be locked out.

It's crazy how in Thrones I was disgusted that the Lannisters had hot steamy incest sex that produced bastard children for the throne but am actively rooting for Rhaenyra and Daemon to the the very same thing. This dude's brain is truly sick and twisted.

I'm so Team Daemon that I watched him snap some innocent dude's neck and didn't even question it. I just figured he was an egg that needed to be cracked for our Targaryen Omelette. This show makes me feel bad about myself.

It looks like the Targaryen kids are aging up in the next time jump and the casting director nailed it by getting people with super punchable faces.

It's so unfair that Aemond got a dragon AND can pull off an eyepatch. I hate that fucker so much.

For more of the hottest dracarys takes from HotD, check out this week's Game of Stools on YouTube or podcast below.

house of the dragon+ 3 Tags