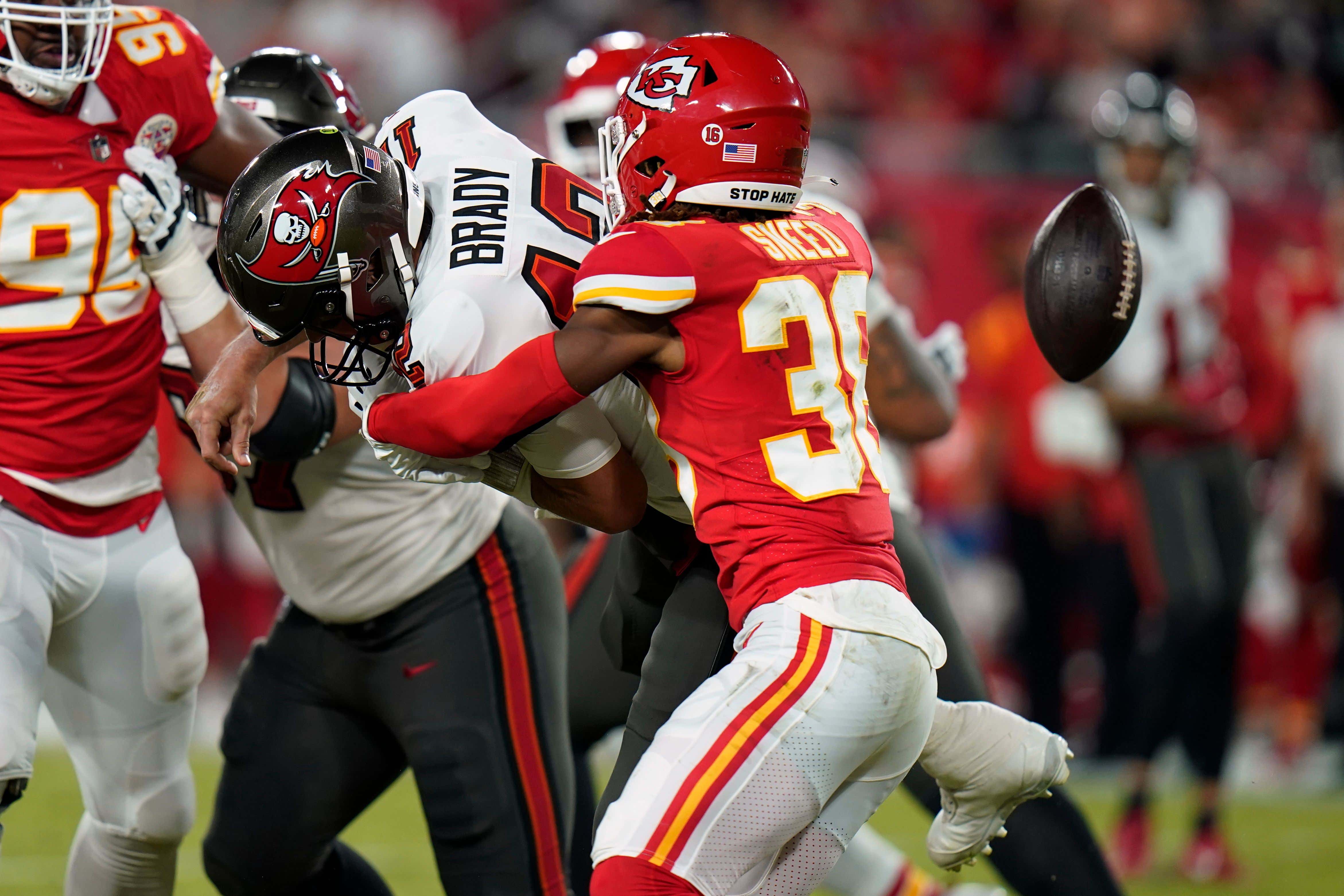 There was a lot of intrigue coming into this Super Bowl LV rematch. The Chiefs won the toss and elected to kick which worked out for them as the Buccaneers fumbled the opening kickoff, starting the night off with a long stinky fart.

The Chiefs scored almost immediately with a pass to Travis Kelce and I had to don the rally mask EARLY.

But I wasn't wearing it for long, because the Chiefs didn't stop scoring and extended it to a two possession game pretty quickly. Patrick Mahomes was in his bag and the Bucs had no answer.

The 1st half was a 28-17 game, but it really wasn't that close when you looked deeper at the numbers.

In the 3rd Quarter, the onslaught continued. And Andy Reidy was getting real cute with it.

And they just kept running it up…

The Bucs defense, which was tops in the league, couldn't stop a nosebleed tonight. But on the bright side, the murder's row portion of their schedule is over. They went 2-2 with a start of at Dallas (with a healthy Dak at the time), at New Orleans, vs. Green Bay, and vs. Kansas City. They've got a much more reasonable next four games (vs. Atlanta, at Pittsburgh, at Carolina, vs. Baltimore). Hopefully they can go 3-1 or 4-0 in those and we can continue to dominate the NFC South. That's the best I got. Tonight was a shit pumping. But it was just a non-conference game. We'll live to fight another day. Congrats to the Chiefs for a dominant W.