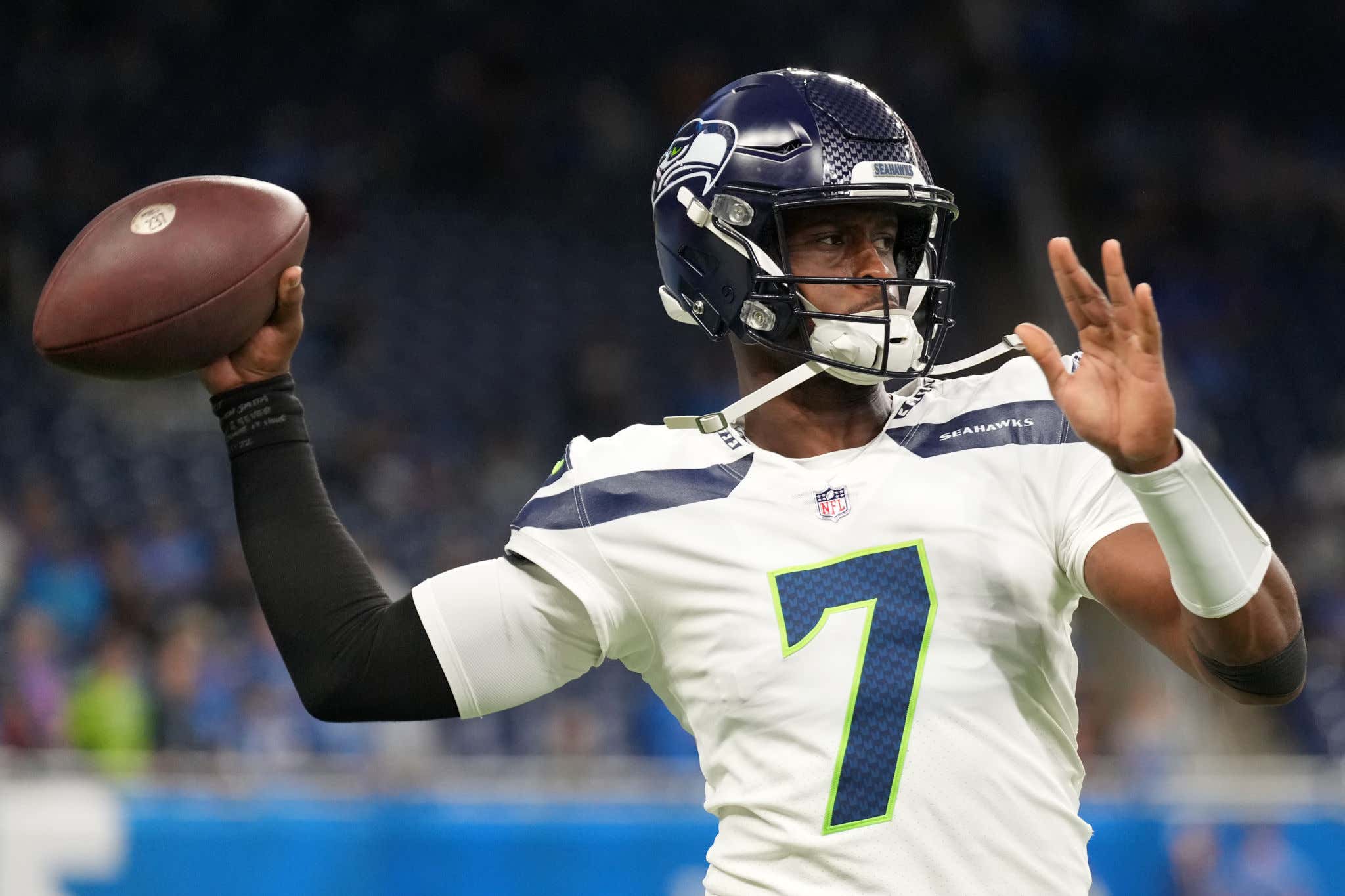 Geno Smith. The new NFL single-season record holder for highest completion percentage through a quarterback's first four starts. That is beyond comprehension. It really is. Can't say I saw that coming and if you say that you did, you're a liar.

Seriously, before the 2022 campaign began, I think all of us might've had the Seattle Seahawks winning, what, four games, maybe five at most? Counting on a bunch of rookies and seemingly the worst QB room in the league as a competition between Smith and Drew Lock played out across the preseason didn't feel like a recipe for, you know, historically efficient offense. But here we stand, with Geno Smith balling his eyes out!!!

Maybe we should've realized Smith was doomed to fail with the New York Jets franchise to begin his career. He was written off very, very early on even without much of a shot to prove himself.

In case you were wondering how Russell Wilson is doing in leading his Denver Broncos to the same 2-2 record Seattle has to date, well, looks like Smith is playing the better football by a landslide — including a head-to-head victory in Week 1:

LOL. Mr. Unlimited getting outplayed by Geno Smith? And they just paid Russ how much? Almost a quarter of a bill as in billion for his whole contract, right?

Geno Smith is a $3.5 million cap hit. Best veteran contract value in the NFL and it's not at all close whatsoever in no way shape or form. He also ran for 49 yards and a score against the Lions, on top of his impeccable afternoon of throwing (23-for-30, 320 yards, two TDs, 132.6 passer rating), including this dot:

It's not as if Smith is dinking and dunking his way to this record, either. He averages a healthy eight intended air yards per attempt, which is just above other elite QBs such as Tom Brady, Patrick Mahomes and Joe Burrow, not to mention way beyond the 6.9 averages from Josh Allen, Justin Herbert and Matthew Stafford. Next Gen Stats has this little tidbit, too, to highlight how Smith's pinpoint accuracy has elevated the Seahawks' scheme beyond what it otherwise should produce:

Ever since Smith uttered the quote below following that win over the Broncos, I've never viewed him in the same way — nor have I ceased cheering for him any time he suits up.

That should be the 2022 Seattle Seahawks' mantra. They wrote us off, we ain't write back though.