What makes a concert truly great?

The artist? The songs? The setting? The stage design?

For my money, it comes down to one simple word: Intimacy. That feeling of interconnectivity between the artist & the crowd. You can see the biggest band on the grandest stage, but if that intimacy isn't fostered from start to finish, you're going to leave that show wanting more. 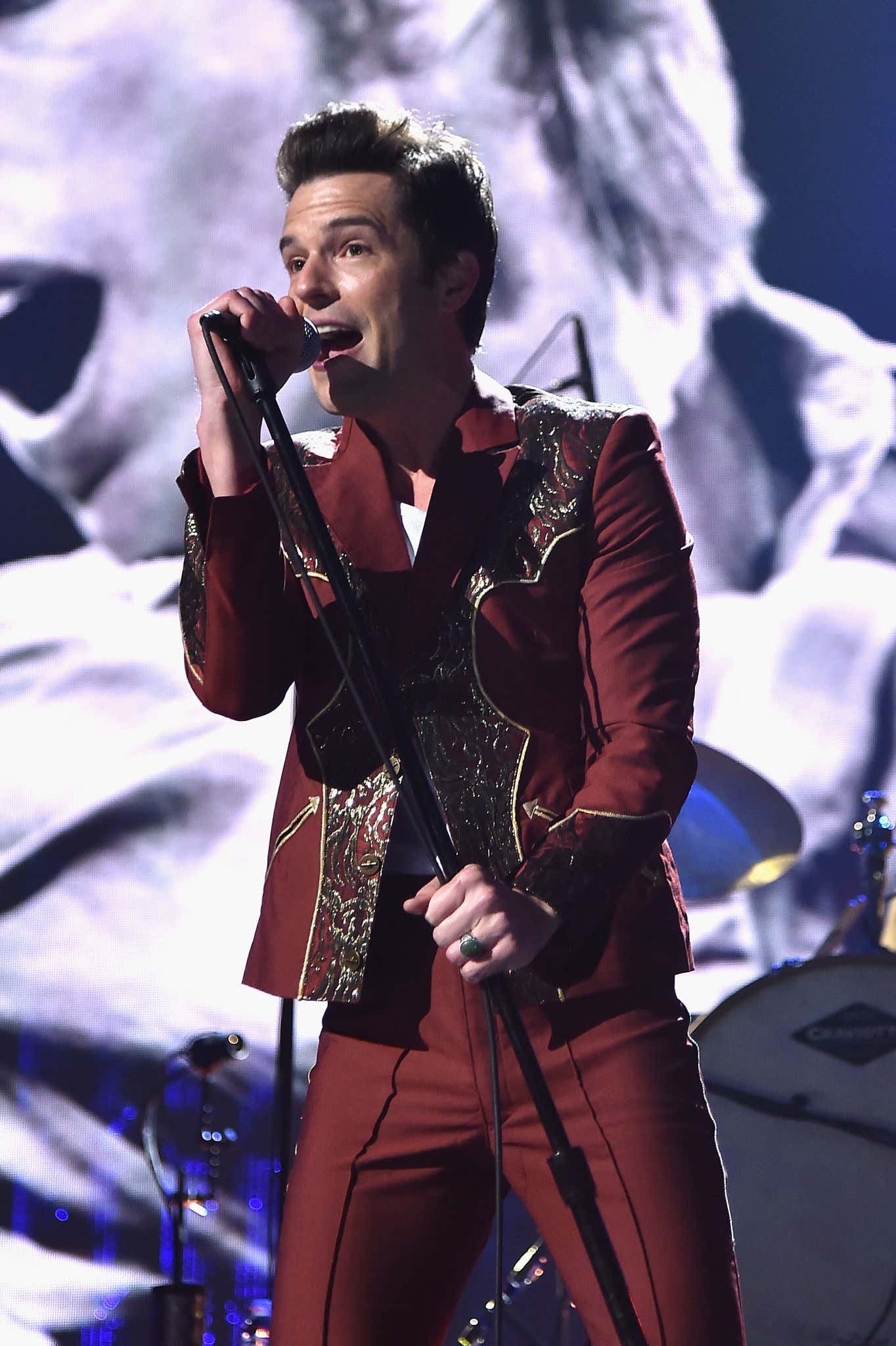 No band working today understands & executes on that principle quite like The Killers.

Smack in the middle of their stadium run, I along with 24,000 rabid fans packed the Wells Fargo Center in Philadelphia on Tuesday ready for some communal worship at the alter of Brandon Flowers. Being that intimacy is at the forefront of my concert-going experience, I wasn't sure a stadium would be the ideal setting to catch one of my favorite bands. I can say this from experience (My band, Foxtrot & the Get Down, played the WFC with Bon Jovi prior to Covid): STADIUMS ARE FUCKING HUGE. That may seem like common sense, but until you've stood in front of a pitch black crowd of 15,000 + people, it's hard to grasp how difficult it is to fill that space with the energy needed to connect with the audience & throw down a killer show.

The Killers had no such issue.

From the second the lights dimmed until the moment the last member of the band walked off the stage, Flowers & the boys led an almost religious experience for a crowd happy to sing along & give thanks to the higher power that is rock & roll. The set kicked off with an unreal rendition of "My Own Soul's Warning", the initial track off of "Imploding the Mirage". Being that the band never got to tour ITM because of Covid, it felt celebratory to barrel into the set with that tune. He capped the intro of the show off with the "Sam's Town" cut "Enterlude": a soft, almost Broadway-esque welcome to a night that no one in the crowd would ever forget.

I won't bore you with a song-by-song breakdown, but I'll absolutely hit you with some highlights:

- First & foremost, THEY PLAYED THE HITS. From "Somebody Told Me", to "Read My Mind", to the ubiquitous "Mr. Brightside", fans got their money's worth when it came to the band's signature tunes.

- Brandon Flowers is the best frontman in live music today. Dressed to the nines in a sequin blazer straight out of Elvis' closet, the man took a stadium crowd and shrunk it down spiritually into a compact theatre. I can only liken it to seeing Springsteen. No one else has the ability to make the shlub in the nosebleeds feel like they're standing on the side of stage quite like Brandon.

- The band was TIGHT. Gone are the days of rocking it as a four-piece, as The Killers have seemingly multiplied into a 9 piece touring ensemble. Big shouts out to the three female backing vocalists that absolutely held it down all night.

- "When We Were Young" was an early standout track for me. There was something raw & emotional that had me tearing up fairly early in the set. To be clear, I am a happy crier, but even this was a bit premature for me.

-Ending the main set with "All These Things I've Done" was a perfect encapsulation of what a Killers show is supposed to be: Brandon Flowers leading a willing crowd in the "I've got soul but I'm not a soldier" chant until you thought the roof was going to come off the stadium.

- And finally, ending the night with the overplayed but ever popular "Mr. Brightside" was the right move. It's like if you saw Queen & they didn't wrap the show up with "Bohemian Rhapsody". It makes sense, like wtf are you going to play to follow that??? 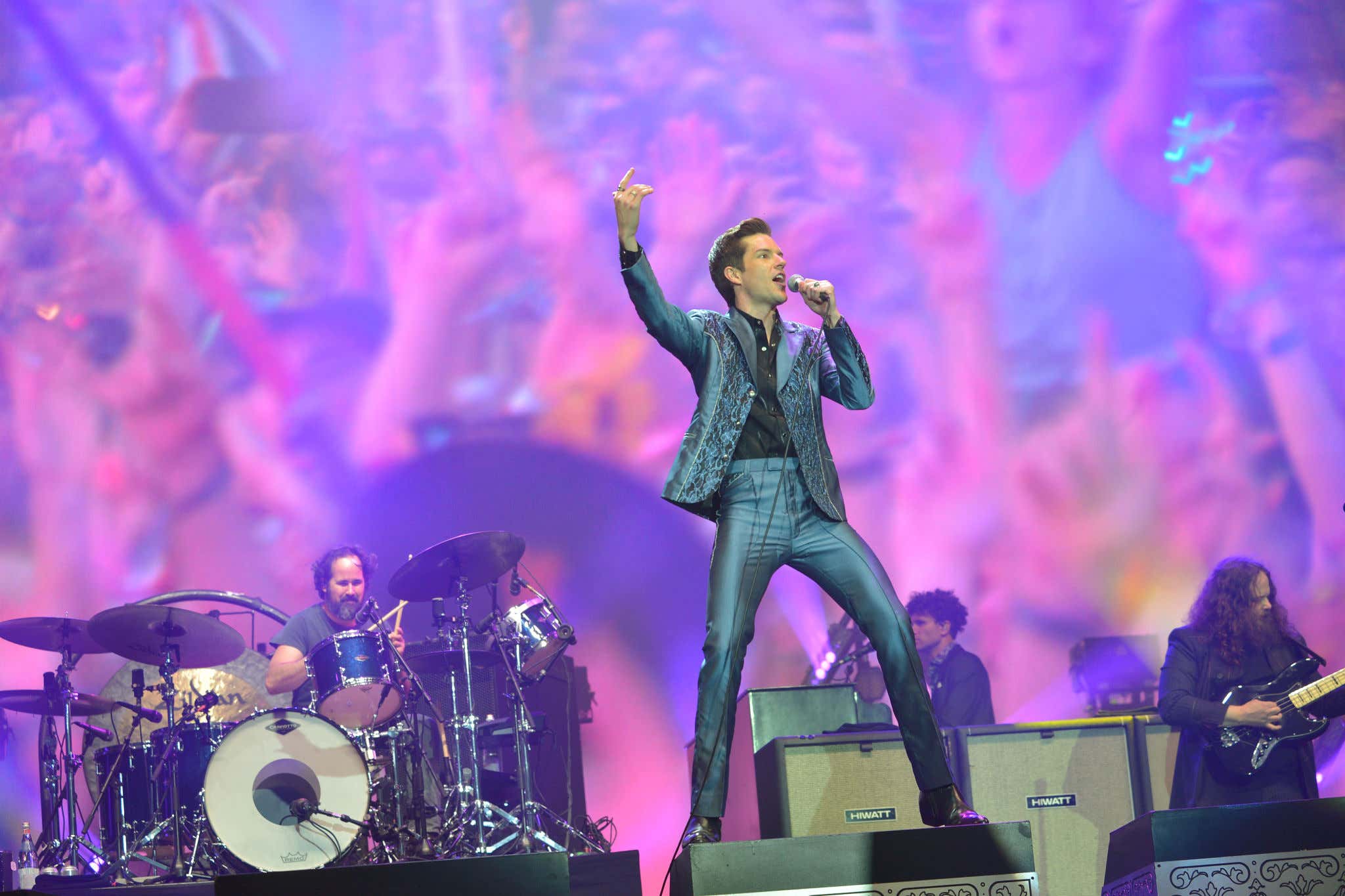 This was not my first time seeing The Killers. In fact, the last time I saw them, I had just played before them on a separate stage at Firefly Music Festival in Delaware. I stood side stage that day and had my mind blown by what I thought was one of the best bands doing it.

After the performance I saw on Tuesday, it's clear to me that The Killers are the best live band in music. I likened the show to going to see "Top Gun: Maverick". It was two and half awe-inspiring hours of raw energy & most importantly, FUN. The kind of fun that brings people together and fosters the kind of intimacy that creates an all-time concert experience.

If Flowers and the boys are in your city, you need to see them. But never fear, I'm sure they'll be hitting the road for decades to come. You're looking at the future of Classic Rock.

Shout out to my ace Colin (from Foxtrot and The Getdown) who co-hosts "On The Guestlist" with White Sox Dave and I for knocking this blog out of the park.

We discussed this show, and the Killers in general, on last week's episode with Chris Catellani.

And in perfect fashion, a few days after discussing this exact scenario happening… it happened.

The Boss came out on stage at Madison Square Garden to join his #1 fan Brandon Flowers and the band.

Bruce came out for The Killers' encore, and together played classic Springsteen cuts “Born to Run” and “Badlands,” as well as “Dustland”—their 2021 collaboration that reworks the Killers’ 2008 Day & Age single “A Dustland Fairytale.”

Springsteen and the Killers were also joined onstage by saxophonist and E Street Band member Jake Clemons (nephew of the late Clarence Clemons), who played on all three encore tracks.