But hockey refs are a different breed. Not only does this lineman soak that punch and stay on his feet, but he stays in the game and continues to break up the fight because he has a job to do. And this linesman knows it's about the stripes on the sweater, not the number on the back. He can't just duck out of there because he got tagged. He needs to make a play for the rest of his teammates out there in black and white. The team, the team, the team.

Now you could definitely make the argument that maybe the linesmen should just let the boys settle this scrap on their own. Let the fellas get after each other a bit before rushing to get in there and breaking up the fight. But I love the fact he jumped right in the line of fire once Rosburg went full headless horseman. Once the sweater is over his head, you gotta try to protect the guy while Baddock continues to unleash heavy rights like an animal. I know one guy out there who would certainly agree with me. 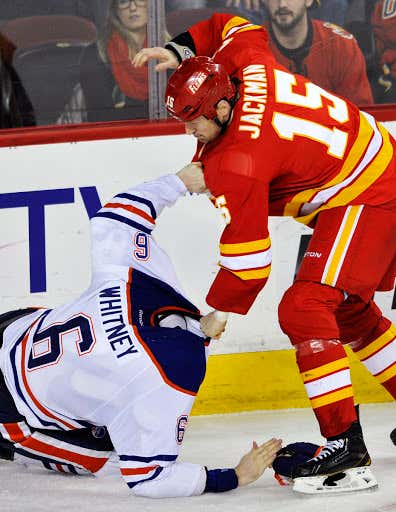