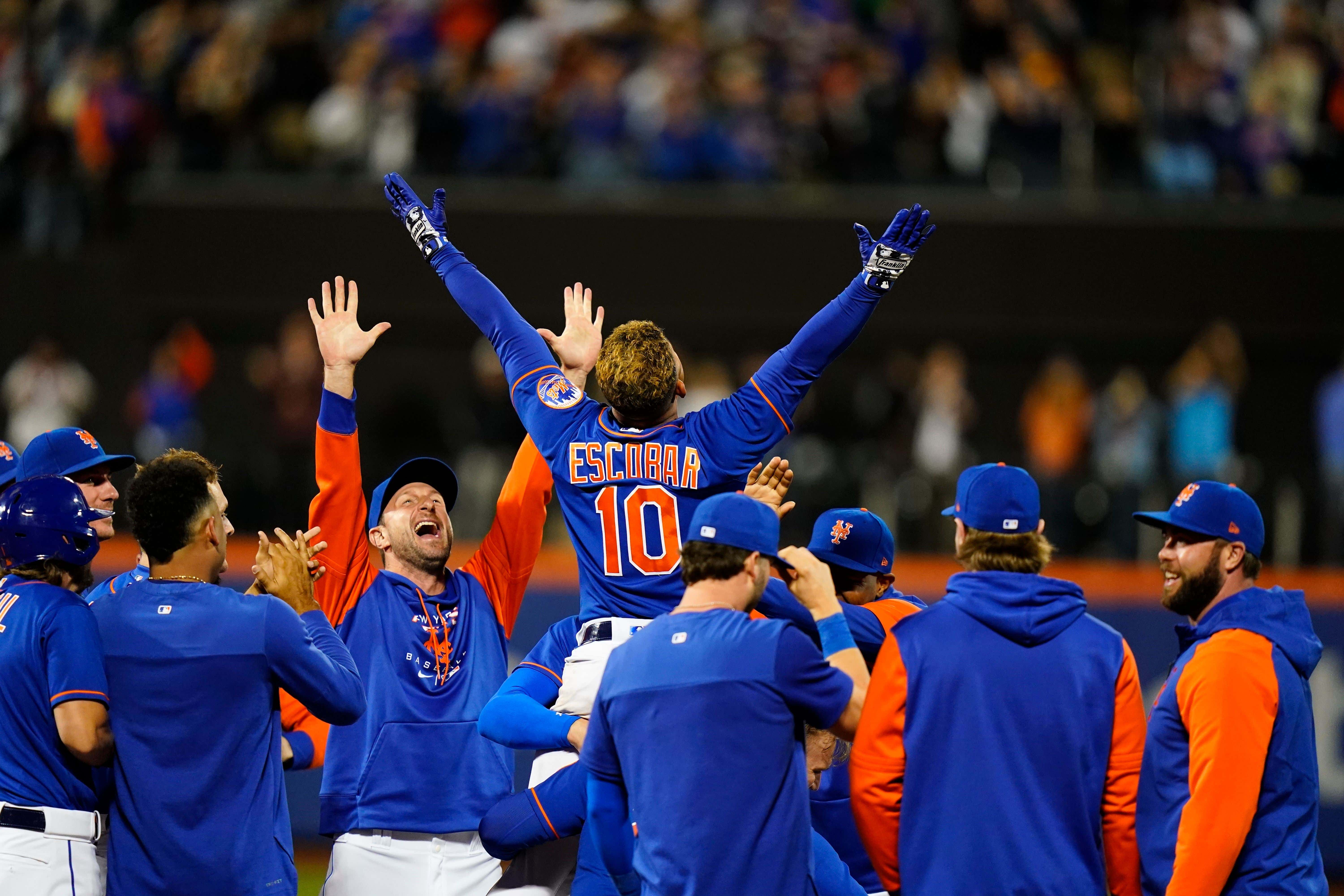 Ahead of their three-game showdown with the Braves in Atlanta, the Mets had a two-game layover at Citi Field against the Miami Marlins. The Mets came out flat in both games but rallied to win the second game behind the hitting of Eduardo Escobar, maintaining their one-game lead in the National League East.

On Tuesday, the Mets had Carlos Carrasco on the mound against Pablo Lopez. Right from the start, you could tell it was not going to be the Mets' night, as Carrasco was even worse than a Danish Tin cookie. He was a rice cake. The Marlins loaded the bases in the first inning and scored a run on a sac-fly by Bryan De La Cruz. Miami added a second run off a wild pitch as James McCann made a lackluster attempt at blocking a ball in the dirt. The Marlins extended the lead to 4-0 in the third when JJ Bleday's fly ball to rightfield landed just over the wall and in fair territory. Carlos Carrasco ended the game allowing four runs on six hits in three innings.

The Mets got back in the game in the fourth inning, as Pete Alonso hit a three-run homer. However, Trevor Williams gave two runs right back to the Marlins as Jacob Stallings had a two-run single with the bases loaded. Pablo Lopez and the Miami bullpen did the rest as the only run the Mets scored the remainder of the game was a bizarre three-balk sequence that scored Jeff McNeil. The Marlins would win 6-4, as the Braves beat the Nationals 8-2 in the race for the National League East.

The Mets had Taijuan Walker on the hill in the second game, as the Marlins countered with Jesus Luzardo. Luzardo had the Mets tied up, limiting them to two hits over the first six innings. In the fourth inning, Miami took the lead on a two-run home run by Bryan De La Cruz. Jacob Stallings singled in a run in the fifth, as the Walker pitched five innings, allowing three runs on six hits. Brian Anderson doubled in a run against Seth Lugo in the seventh, giving the Marlins a 7-0 lead.

The Mets finally got to Luzardo in the seventh as Jeff McNeil had a lead-off hit and scored in front of a two-run home run by Eduardo Escobar. When Escobar was at his worst, making Ez Outs every at-bat, he stated that one day he would make the fans cheer for him. That day was September 28th. The Mets loaded the bases with three walks against Tanner Scott in the eighth. Richard Bleier, who had three balks on Tuesday, got McNeil to pop up on one pitch. Escobar followed with an opposite-field single that tied the game 4-4.

Following perfect innings from Adam Ottavino, Edwin Diaz, and Drew Smith, the Mets came to bat in the tenth inning, as the Braves lost to the Nationals in ten innings. Dylan Floro was on the mound for the Marlins and struck out Pete Alonso, with Francisco Lindor acting as the ghost runner at second. Following an intentional walk to Jeff McNeil, Eduardo Escobar stepped to the plate and singled in the winning run, giving himself five RBI as the Mets won 5-4 to regain their one-game lead.

The Mets head to Atlanta at 98-58, with a one-game lead over the Braves. Their magic number is six. If the Mets win one game, the teams will be tied, but the Mets will hold the tiebreak heading into the season's final three games. If the Mets can win two games, they will need to win one of their final three games to clinch the division, while a sweep will secure first place and a trip to the Division Series. The Mets have their top three pitchers lined up, and Francisco Alvarez has been called up to provide more power from the right side of the plate.

With Mikey Bets, and Chris Klemmer

🌭Mets In Race For Division