I legit can't believe I'm writing this sentence right now, but Cyberpunk 2077 is FUN!! IT'S A GOOD GAME!!

We've been waiting for that statement since we started hearing about it years ago. If you aren't familiar, Cyberpunk 2077 had one of the worst game launches of all time. It was truly the Prince that was Promised (sorry on a major GoT kick) and it flopped harder than LeBron in the playoffs.

It was always destined and thought of to be one of the most promising games out there. However, the game simply wasn't ready for launch. Whether you were on PlayStation, Xbox or PC, every single system was facing game-breaking bugs and glitches. The game was truly unplayable.

Fast forward to earlier this month and there was a sale on Steam for half off the game. People were whispering about updates fixing the game, but I wasn't gonna believe it. Then, I saw KenJac in the office and asked him what games he was playing.

"Actually, this is gonna sound crazy, but I've been loving Cyberpunk lately." - KJ

"Nah I swear, they fixed the game for next gen consoles and it's really fun now" - KJ

KenJac does not lie people - that's when I knew it was the truth!

This graphic below shows what Cyberpunk achieved last week and it's fucking wild: 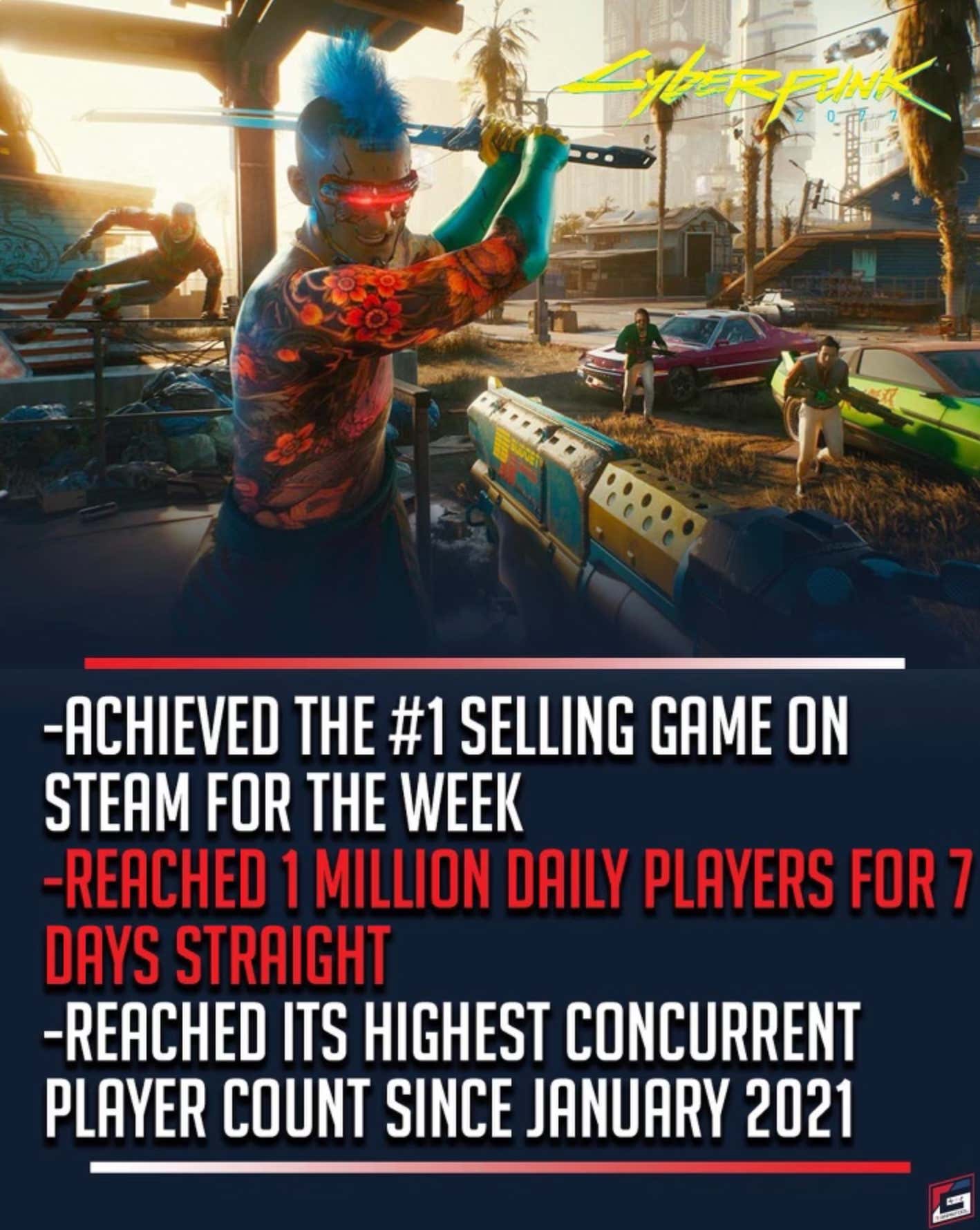 Shoutout to Cyberpunk for figuring its shit out. I really wish the game was delayed until the game was actually ready, but I'll take CD Projekt Red fixing their game any day of the week.