First off, I am admittedly new to Survivor. I think I'm on my sixth season. I watched the last 2, and 3 random old ones. But ever since I started watching, I've thought Jeff Probst was pretty annoying.

But I have not once heard anyone say a single bad word about him. Everyone I follow online, everyone at Barstool, and everyone else I know in real life loves him. They more than love him, they revere him. They treat him like the god of game shows. Like he's the best host in the history of hosts, and all other hosts should just give up. I was scared to say anything for the longest time, because I knew I would be on an island. But I'm not going to stand idly by any longer and let Jeff Probst continue to get away with his abhorrent behavior.

First off, the way he yells at people during challenges, I don't care for it. He has no problem getting right in their faces and telling them how much they're sucking. Hey Jeff, I think they fucking know they're struggling and that they need to pick it up. I'm pretty sure the 45 year old woman with knee braces puking in the ocean while she tries to drag a sack of bricks to shore wishes she was doing better. She doesn't need you hovering over her screaming in her ear about it.

Secondly Jeff, sometimes people make mistakes. Sometimes people underperform. It's not a personal slight against you, or against the game of Survivor. Because guess what? This is the first time they've ever played Survivor. They haven't been witnessing it first hand for the last 50 years like you. There's not a handbook. You can watch as many seasons as you want, but it's going to be different when you're actually playing the game. I'm sorry they didn't talk about strategy enough leading up to Tribal Council. They should have done it more. But they're the ones suffering from it, not you. You don't need to bulge your eyes and make your face all big about it. They already feel bad, I promise.

If it was a show like Big Brother, where the contestants get to lounge around in a house all day then I could see you feeling disrespected if someone doesn't seem to care, or is treating it like a vacation. But for one, all these contestants are super fans. They don't just love Survivor, Survivor is like the only thing in the world they care about. They've all have 6-12 siblings who've died in horrible tragic accidents, and with their last dying breaths told them the only thing they wanted them to do was win Survivor. I think they want to be there. Maybe they're not thinking 100% clearly because they're living on a deserted island, and they're feeling the pressure of trying to do the one thing in the world they've ever wanted to do. And they're fueled by nothing but the 1/4 cup of rice per day you so graciously blessed them with after they proved themselves to you by finding a scrap of paper buried 8 feet deep somewhere within a 1000 foot radius on the beach.

Maybe they're struggling with your Pull-The-1000-Pound-Sand-Snake-To-Shore Challenge because the night before 2 hurricanes collided overtop of the island, and earlier that day you gleefully took their supplies and clapped your asscheeks with them as you skipped away to your hotel room.

During the last episode I specifically tweeted that I was only TEETERING on hating Jeff Probst. But now that I've got that off my chest, I've convinced myself. Fuck Jeff Probst! Jeff Probst has somehow brainwashed the entire Survivor world into thinking his behavior is appropriate. 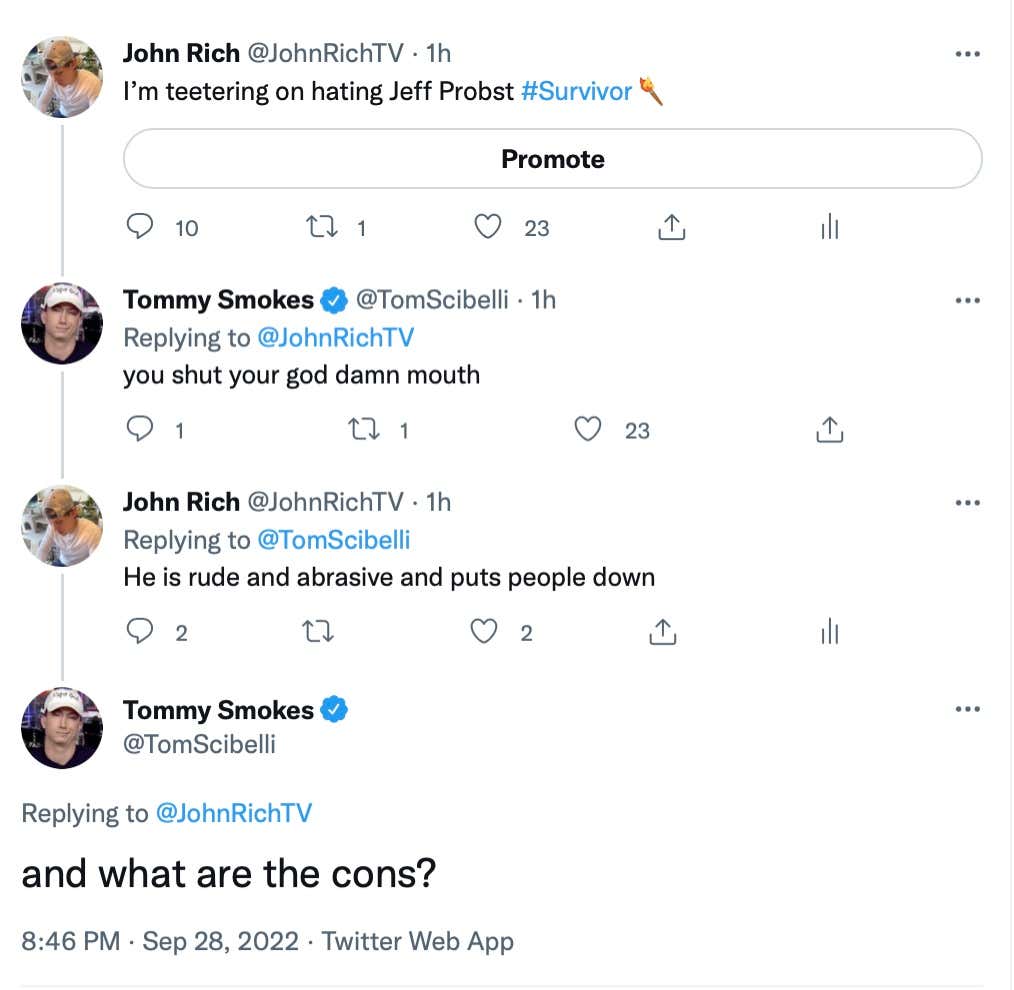 Jeff Probst is mean and he is rude. He thinks a person's worth can be determined by how they perform on his game show. That being said, I will concede, he is great for the show. He takes his job very seriously, and he cares A LOT about the game. I can't imagine watching Survivor with anyone other than that asshole running the show. I hope he never stops doing it.