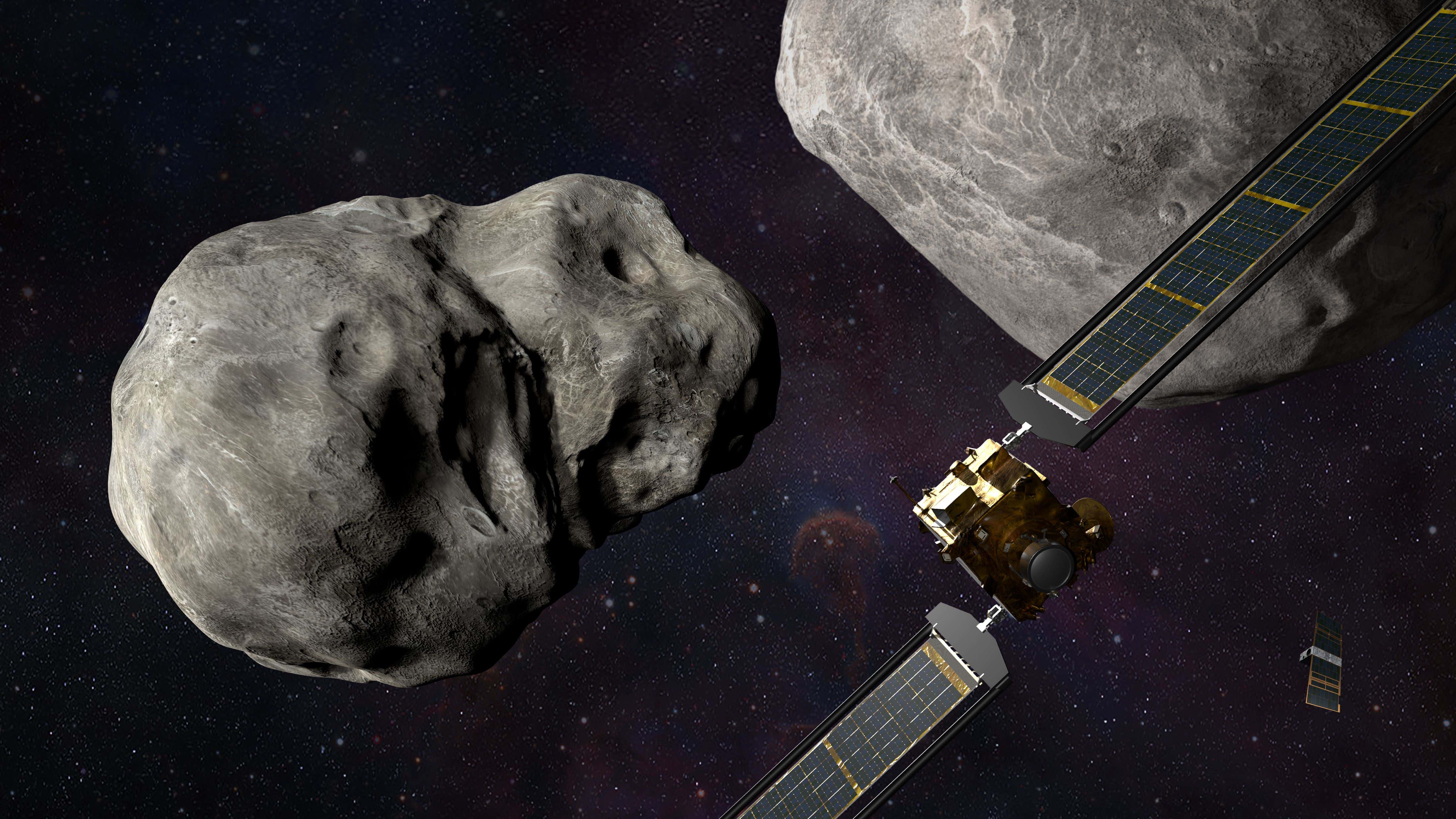 As you should know by now, humankind just took a giant leap forward in our neverending quest to prevent a mass extinction event and prove we've finally passed those stupid fucking dinosaurs as the species that truly rocks on this planet.

And it wouldn't be like us homo sapiens to pull off a huge W against the cosmos like this and not take a seat in the film room going over the game tape. And just as you'd expect when you send a probe zizzing through the solar system to deliver hot, inertial death right into the 10-ring of some unsuspecting space boulder, the highlight tape is astonishing from every angle.

The Italian Space Agency shared the first images snapped by the tiny camera trailing the vending-machine-sized spacecraft, the LICIACube — or  Light Italian Cubesat for Imaging of Asteroids.

The images were transmitted seven million miles back to earth about three hours following NASA’s successful impact on the asteroid Monday night during a test run to prepare for when a massive space rock actually threatens Earth, according to Space.com.

The images from Agenzia Spaziale Italiana show the asteroid before and after impact, with clouds of debris surrounding the 530-foot space rock, called Dimorphos. One image shows a brilliant flash of light as the spacecraft hit.

And with all due respect to the Agenzia Spaziale Italiana, that's just a kid playing with a Lite Brite compared to some of the other images:

OK, not that last one. But the one before that is some of the most incredible video humans have yet produced from beyond the surly bonds of Earth. And until our scientists and engineers finally get off their asses and build us a space laser with the destructive power to blow a killer asteroid out of the sky, it will probably remain our highest interstellar achievement.

And now, we get to rest a little easier knowing we can call our shot and sink the universe's next 530-foot 8 ball into the side pocket. My only request is that from now on, NASA measures the size of these things in terms of states, so we can all understand:

Nobody knows what 530 feet looks like. Clean it up, nerds.