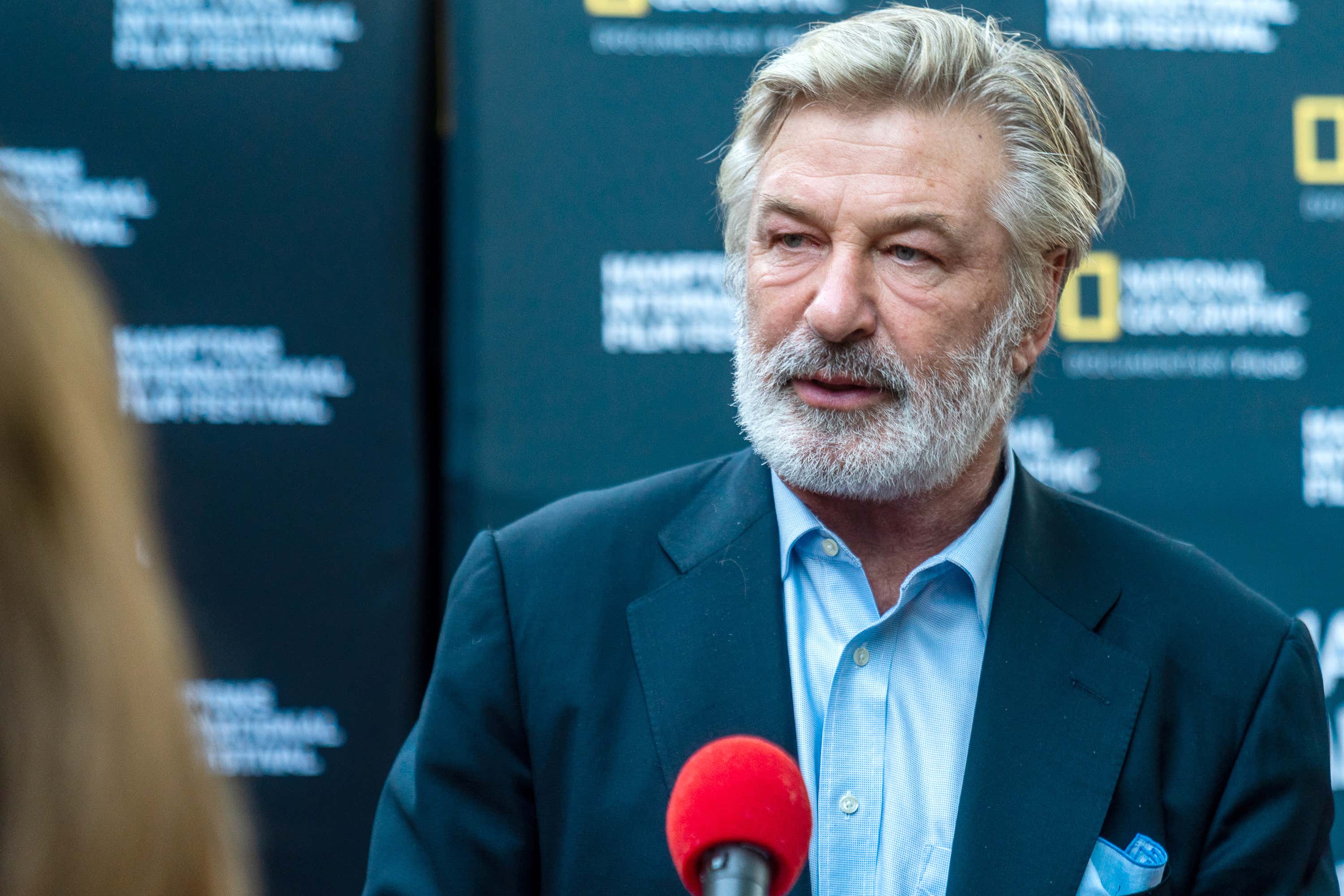 We'll soon be coming up on the one year anniversary of the shooting death of a cinemaphotographer on the set of the movie Rust. And while there's still a lot unknown about how it all happened and who ultimately is responsible for putting a live round in a prop gun, it looks like we do know one thing for sure.

That Alec Baldwin did NOT make legal history with the first ever "The Gun Was in My Hand But it Went Off Without Any Help From Me" defense.

Because it appears that not only did the FBI not buy that alibi, the state prosecutor with jurisdiction in the case hasn't either:

Source - Alec Baldwin buried his head in his hands when he answered a cell phone call Monday, just hours after it was revealed that a New Mexico prosecutor was looking to file criminal charges against him in the fatal shooting of cinematographer Halyna Hutchins, exclusive DailyMail.com photos reveal.

The apparent scene of despair, coming after a weekend in which he welcomed his eighth child into the world, unfolded after he arrived at Domino Park in Brooklyn, where he took a stroll with his children along the East River near the Williamsburg Bridge.

He stood alone for 10 minutes on the phone call, grim faced and displaying heavy bags under his eyes while hunched over a fence overlooking the river. At another point, he could be seen with an armful of popcorn and a water bottle, a blue mask covering his mouth but not his nose.

Earlier in the day, news broke that New Mexico prosecutors may charge the actor, after he handed over his cellphone to be considered as evidence.

In a letter to the state's financial board, asking for funding to prosecute the high-profile case, Santa Fe District Attorney Mary Carmack-Altwies said she was 'ready' to file charges against four people.

She stopped short of confirming the charges she planned to bring but said she was 'certainly looking (at) all the homicide statutes and any gun statutes under New Mexico criminal code'.

'One of the possible defendants is well known movie actor Alec Baldwin,' she wrote, adding that there could be four separate criminal trials.

Holy moly, this guy doesn't do anything halfway. Give him credit. He might not know much about proper handling of firearms or running a workplace that conforms to basic OSHA safety regulations. But the man was born to do drama.

This scene played out better than anything he's done on screen in years. It's just so full of subtle touches and nuance. The angst set against the idyllic back drop of a beautiful park by the river in autumn. A father taking the kids out to celebrate their new baby sibling. The little touches like the popcorn, a symbol of childhood innocence. The mask, which is unnecessary outdoors in a post-pandemic world, but very necessary to hide the despair within. This is the kind of screenplay and set design that makes Academy voters have to sit on a folded towel at the screening. It's certainly the best scene he's done involving guns since this one, from a film on my list of Desert Island movies:

As a matter of fact, while I can usually muster some sympathy for celebrities who are constantly forced to live in the fishbowl, their every move recorded by the paparazzi, in this case I'm grateful for it. It would be a shame to have such a dramatic performance wasted in a private room or out back behind the Domino Park rest rooms. Let the public bear witness to the acting skills of one of the great thespians of his or any other age.

Granted this assumes that call was from his lawyer talking about the decision from Santa Fe DA Mary Carmack-Altwies. It could've been from his financial advisor telling him about the Dow tanking. Maybe it was a friend calling to talk about the Jets getting blown out at home by Cincinnati. Or his wife from Boston forgetting the English word for "cucumber" again. There's plenty of bad news going around. But in all likelihood he got the worst news possible. And criminal charges will be dropping as soon as the DA gets her ducks in a row.

It seems to me that the astonishing thing isn't that charges are being brought. A healthy young woman is dead because someone was negligent. Criminally so. What's hard to fathom is that the DA - a person elected by the public to prosecute crimes - would sweat the fact that one of her suspects in the case is an actor. That she'd be hesitant to bring charges because … why, exactly? Because the (soon to be) accused was so good on 30 Rock? That he was drop dead handsome in the 90s? Is she worried he'll be tough to impeach on the witness stand because he gave perhaps the best deposition scene of all time?

It certainly can't be because she's worried about how much money he has and what good counsel he can afford. She's got the money and resources of an entire state at her disposal. And a sworn duty to bring people she charges with crimes to justice. Just the fact she'd give a second thought to prosecuting "a well known movie actor" as opposed to, say, "a moderately well known sports/smut blogger" is further proof that our system is broken.

Anyway, yes, Baldwin can and will hire an expensive and no doubt talented legal team. One expert I listen to said this probably all adds up to a 4th degree manslaughter case, for unintentional loss of life brought about by criminal negligence or some such splitting of hairs. Still, the fact even the DA thinks he has a fighting chance is all the evidence we need to know that being handsome, famous, and a great actor is a pretty good way to go through life. No wonder he's such a raving lunatic.