It's already Week 5 in college football! How quickly it comes. The weather is changing here on the East Coast, its brisk at night and when you walk outside you smell fireplace chimneys burning. Football is in full swing. I wanna get to a couple things I've noticed so far from a betting perspective through four weeks.

A Few Teams You Should Consider Betting On: 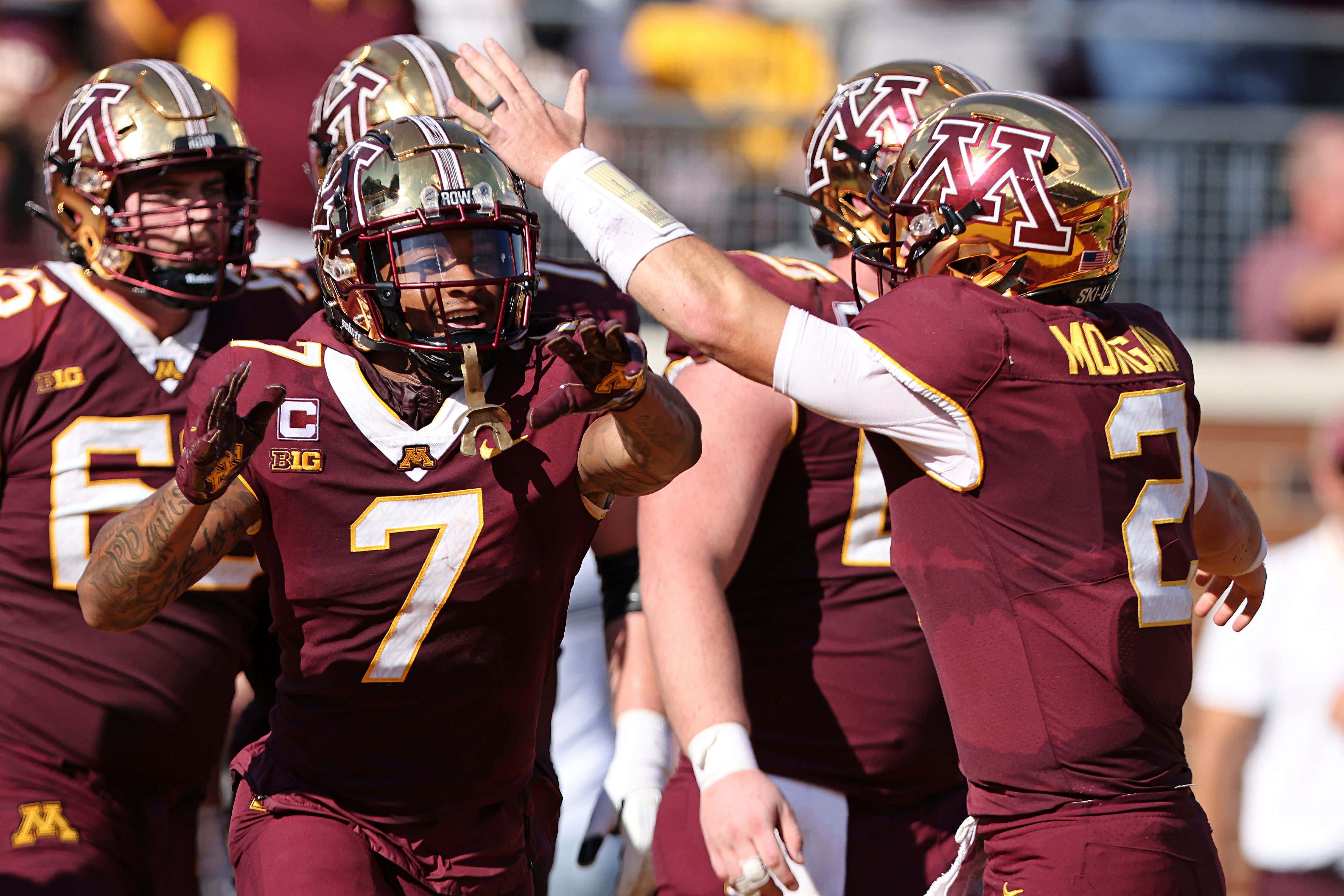 Minnesota: The Golden Gophers have covered all four of their games this year against the spread. What I love about them is the ease of their covers. They have no back door close calls or even a sweat really. This group is winning games on average by 36 points per game and control clock through a punishing run game and a stingy defense that doesn't give up much of anything.

We all wondered about them after a questionable 3-0 against bad teams, but the answered a lot of questions with a blowout of Michigan State where they didn't allow a point until 17 seconds left in the game, when the Spartans finally found the endzone. They were that close to another shutout for Minnesota. They will be tested again this week against Purdue who may be without starting QB Aidan O'Connell. This line is telling me that they will be, which is currently -12.5 in favor of Minny at Barstool Sportsbook.

Another important note: Minnesota is the best team in the country ATS since the start of 2019. This covering the number stuff is very normal to them.

Oregon State: What head coach Jonathan Smith is doing in Corvallis is special. This was a team that was a complete doormat when he came in in 2018. Now they are improving, off a solid season last year and 3-1 so far this year and 4-0 against the number off a back and forth affair against mighty USC. In that game, they were finally able to subdue a really good offense through the air and if not for four interceptions, they win the game and probably do it fairly easily. The QB play has to be better with Chance Nolan but they continue to a good bet as a dog.

Since coming to Oregon State, Smith has made solid profit catching points and so far this year have covered both as underdogs. Another spot where they are now a DOUBLE DIGIT dog awaits against Utah. The only issue, they will likely be a PUBLIC dog which is never a place you want to be. To hang in this game, it will have to be low scoring for OSU.

Lean UNDER early in the week.

South Alabama: I have been no stranger to the Jaguars this year and that won't be stopping. They are 4-0 ATS.  I had their team total last week and this offense is purring. They are scoring 36 points per game and play fast. The passing offense has been fun and as I've said they have a great run game with lead back L'Damian Webb who is averaging nearly six yards a carry.

The defense has been solid and they look to be the class of the conference. They are top 40 nationally in yards allowed per game and have for the most part held teams in line behind a top 15 rushing defense nationally. Keep an eye on the boys from Mobile. Just no more fake field goals…

A Few Teams You Should Consider Betting Against: 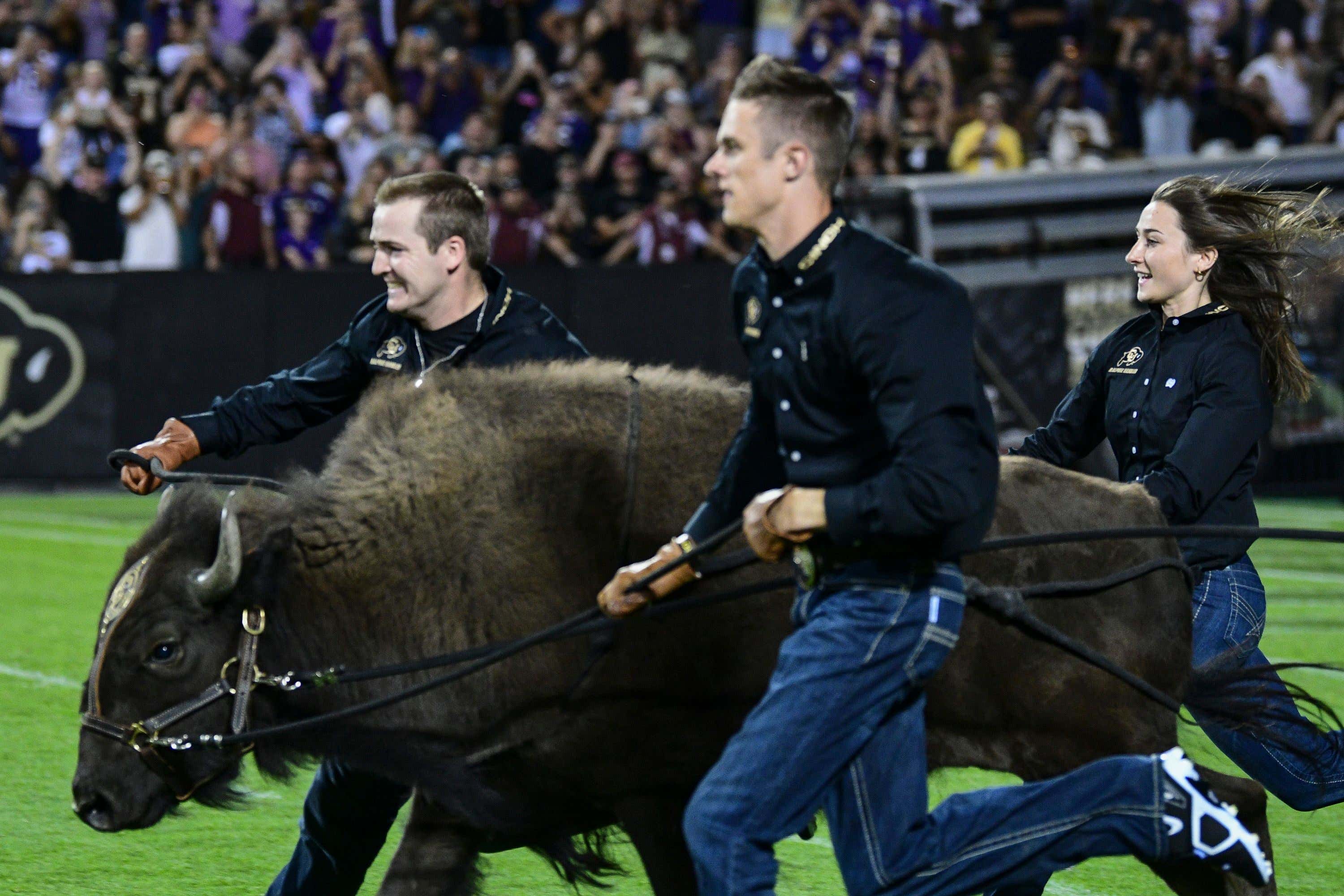 Colorado: This team is awful. They do nothing well. The offense can't move the ball and hasn't been able to for several years. The defense is abhorrently bad as well. Colorado is one of the worst rushing defenses in the country allowing 7.4 yards per carry and have allowed 38 or more points in every game this season.

When we look ahead, they have a couple reprieves coming up but end the season with teams like USC, Utah, Washington, Oregon and Oregon State. Not gonna be great for the Buffalos. They truly might go winless.

UMass: UMASS is far and away among the worst offensive teams in America. This group has averaged just seven points per game. They have just three offensive touchdowns with only seven red zone attempts and are one of the worst yardage teams per game in the country.

The biggest issues is the quarterback but it really hasn't mattered who the signal caller is. As a group they are averaging a cumulative 41 percent completion percentage and thrown for under 85 yards as a team three different times in four games. UMass is 9-23 ATS over their last 32 games overall.

New Mexico: Sometimes you just have to use the eye test. This team is another disaster offensively. I watched them against Boise St and also LSU and they just cannot move the ball. Sustaining drives has been hard. 3.1 yards per play is hard to do anything with. The QB play has been bad and the running game hasn't saved anyone at just 2.6 yards per carry.

A lot of the problems for the Lobos is on the offensive line. This group is allowing four sacks a game and get no push and the run blocking has been poor. You win in football in the trenches. They don't block on offense or protect their QB and RB. A lot of these chronic problems will hinder them as the season goes on.

A Few Other Nuggets To Keep In Mind

- The reason Middle Tennessee State pulled the upset against Miami was simple. They have one of the best defensive lines you don't know about in the country. They are stingy against the run and get to the quarterback. They lead the country in sacks per game. Let's see how long it lasts though, as the Blue Raiders have some big play offenses coming up again here in the future with games against UTSA and Western Kentucky. C-USA is up for grabs.

- One of those gifts that keeps on giving is San Diego State UNDERS. The Aztecs have started the season 3-1 to the UNDER and since the start of the 2019 season when Brady Hoke was brought in, they are 26-13 to the UNDER. That correlates with pace and they are generally one of the slowest teams in America.

- Kansas has been one of the more surprising teams in the country this season. One thing that isn't surprising is the continued fact that they are an OVER team. Kansas is 3-1 so far this season OVER but historically since start of 2020, when Leipold was brought in, the Jayhawks are 17-7 to the OVER. They are high flying, play fast and don't really stop anyone. The reason though for the success this year though has been how effective they are in the red zone. They have been there 24 times and have 20 touchdowns. If that continues, overs will likely keep coming in.

- Clemson's offense has done a complete 180. They have been really good on that side of that ball scoring 46.7 points per game. The success has been a variety of reasons. They are playing much faster under OC Brandon Streeter. In 2021, they averaged just 70 plays a game, so far this season 81.

DJ looks more comfortable and isn't turning the ball over. He threw just one INT in 129 attempts and 10 TD's. The pace seems to suit his game well. Clemson has also not settled either scoring 18 TDs in 24 red zone opportunities. The defense needs to get cleaned up after last week, but that's Wake for you (remember I gave you the over). We can talk all about Ohio St/Bama and Georgia. But if this offense keeps humming like this, 20/1 may be lost real soon on Tigers. They are surely a contender with those teams.