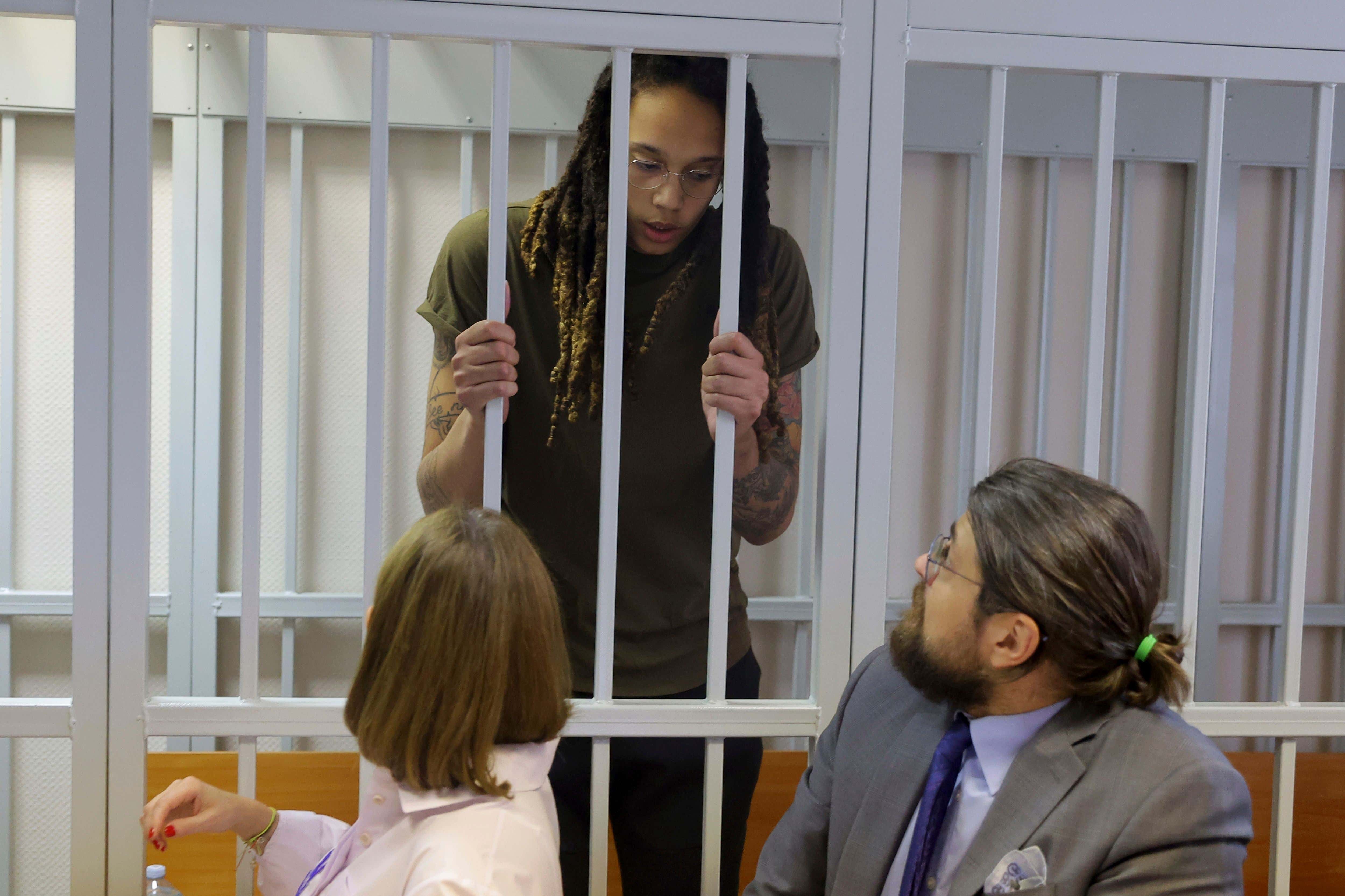 How is Brittney Griner still in Russia? That's the question a lot of people have been asking lately. But they're blaming Putin, Biden, the WNBA, or the American public's indifference.

I saw this clip about 10 years ago, and I've never forgotten it. It's astonishing. At this time, it was extremely rare for women to be dunking. Lisa Leslie threw down the first in-game WNBA dunk a few years earlier, and the world went insane. I think they stopped the game, took down the hoop, and sent it to some taxidermist to have it stuffed and mounted in Guy Fieri's fourth restaurant.

Fast-forward a couple years and this clip of Brittney went viral. What astonished me wasn't the fact that a high school girl was dunking, but that she didn't seem to care whatsoever. In contrast to Lisa Leslie's dunk, which was celebrated like the moon landing, you have Brittney Griner giving the fewest fucks in the history of basketball as she yams it time after time. Meanwhile, a couple high school teammates are clearly faking their excitement because some local news show came to practice. They've seen it before. Brittney don't care. Let's move on.

According to SportTell, there have been 28 in-game WNBA dunks. Brittney Griner has 23 OF THEM. If anything, LeBron is the Brittney Griner of men's basketball. Not the other way around.

Brittney led Baylor to 40-0 and a national title her junior year. She's got two Olympic gold medals with the USA national team. She wears a size 17 MENS shoe and stands at a casual 6'9''. Most importantly, she has a WINGSPAN of SEVEN FEET FOUR INCHES.

If there is a woman on earth who possesses the physical tools to escape a Russian prison, it's Brittney Griner.

I see two ways out: the easy way and the hard way. The easy way would be for her to grab a couple bedsheets, tie them together, squeeze her slender frame through the bars, and shimmy out the window before morning. Within ten strides, she'd be at the border. Hop on some Alaskan king crab fishing boat, quick season as a deck hand on Deadliest Catch, and she's home for Christmas.

But I prefer the hard way… 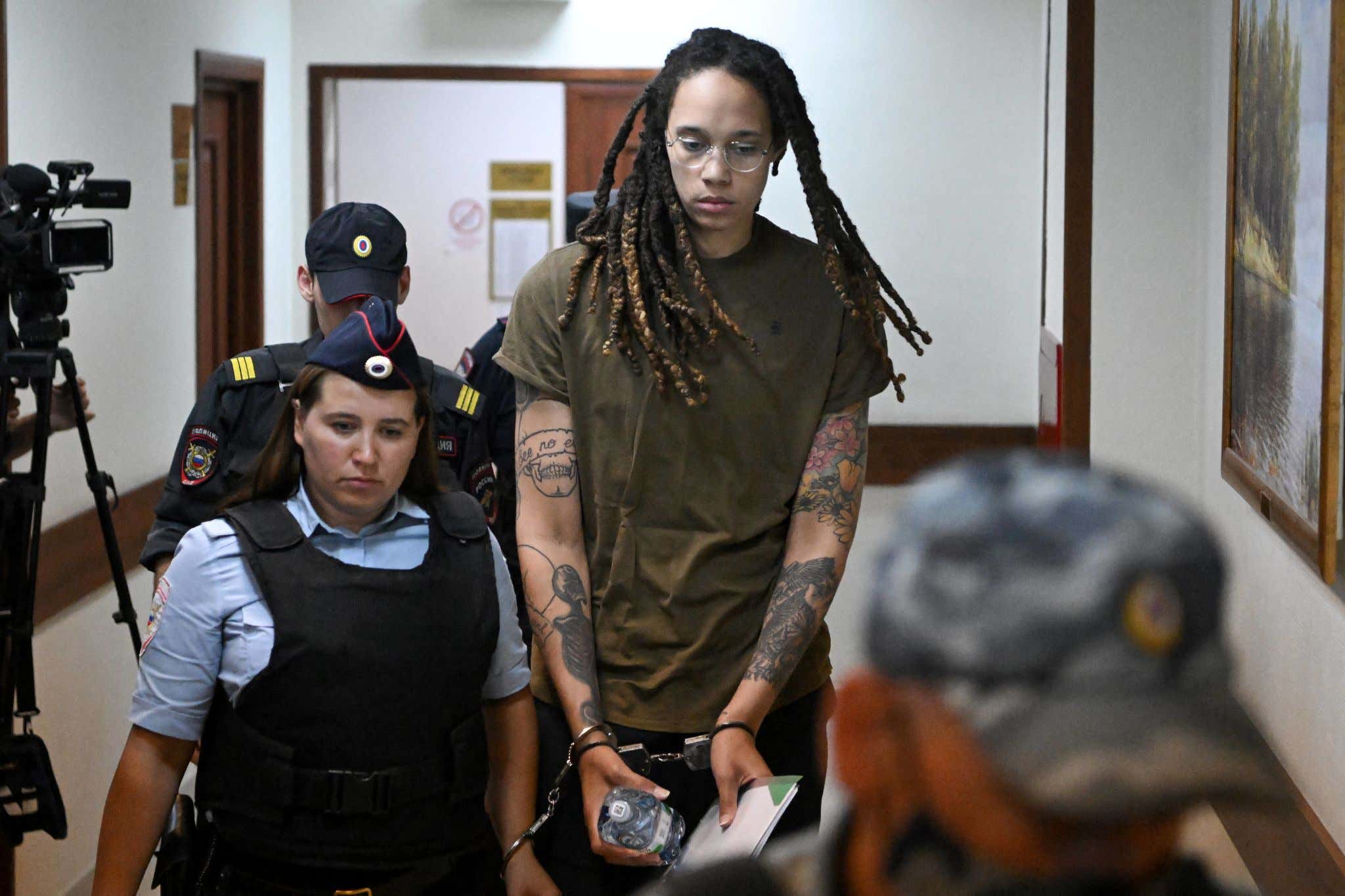 Look at that picture. You gotta be kidding me. All these guards are fucking dead. Look at that unfortunate Oompa Loompa they handcuffed to Brittney like she's the nuclear football. She's got seconds to live and she knows it. It's the opening scene from Halloween 2025, where we learn that Michael Myers had a daughter and here they are, transferring her to a more secure prison when… whoops! Did she just eat the lady guard's jugular with her hands? Sure did! And-- SNAP! Brittney just dealt with that handcuff problem by snapping the guard's entire arm off of her body. Like she was Mrs. Potato Head! Now she's swinging the arm around and beating the other guards with it. Thwack, smack, crack. Did she just stab a guard with the jagged end of that severed humerus? Resourceful! Oh no, she's curb stomping the warden and his teeth scattered across the tile into the shower drain! Someone pulled the fire alarm! She's in the ventilation system! God have mercy! 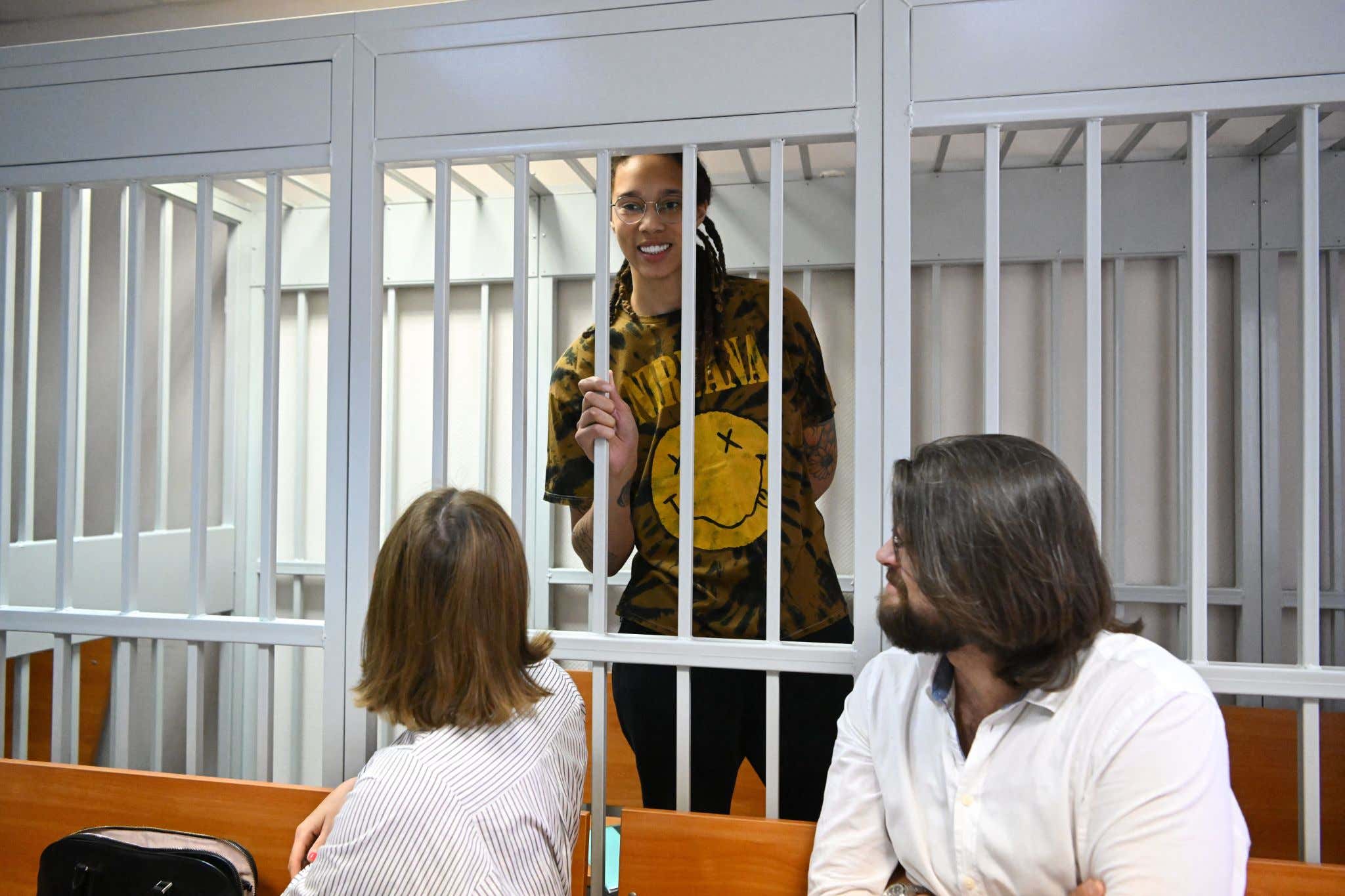 Is that the face of a woman who feels contained? Helpless? You think that tiny Ikea cage can hold the most dominant paint player in Mercury team history?