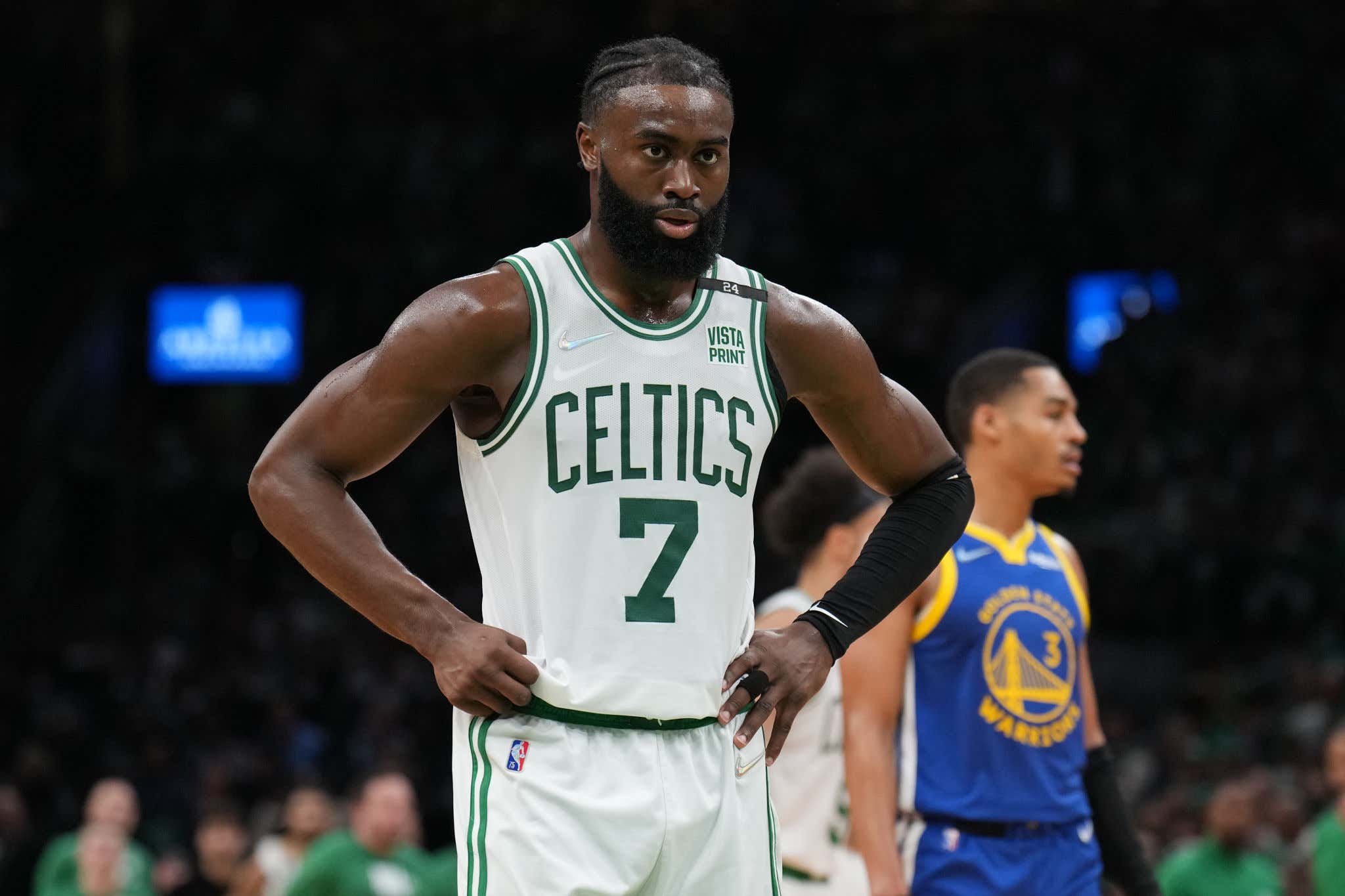 I still can't get past how weird yesterday's Media Day was. I didn't really know what to expect even before all the Ime Udoka drama unfolded. When you lose an NBA title in the fashion that the Celtics did just three months prior, that shit stays with you. I can't really remember how I felt in September 2010 after living through this team losing Game 7 of the NBA Finals to the Lakers, but I imagine it wasn't great. That next season the Celts were a legit 56-26, won 14 games in a row early from basically Thanksgiving to Christmas. Ultimately, they lost in 5 games in the second round to LeBron and the Heat and it was another reminder that nothing in the NBA is guaranteed.

So as the Celts entered the 2022-23 season, I had plenty of questions or concerns even before we learned that Ime was fuckin around and his time as head coach of the Boston Celtics was most likely over. Given what transpired in June, could this team turn the page? Not only that, but would they use this as fuel for the upcoming season? Would the pain consume them or motivate them? That's what we're about to find out.

When it comes to Jaylen Brown, you could say he plays a pretty important role in not just the success of this team, but ultimately what their ceiling will end up being. This team goes as he and Jayson Tatum go. You could make a case that he was the Celtics best overall player in the NBA Finals and when they were up 2-1, he was making a legit case for Finals MVP. He was huge in both of their wins, taking over the 4th quarter of Game 1 to save the team and then a solid 21/6/2 on 47/33% in their Game 3 win. His issue of course came in terms of ball security. A total of 10 turnovers over the final two games was disastrous. A brutal 5-18 (0-5) showing in Game 5 on the road in GS was tough to stomach. Much like the rest of the roster, Jaylen sort of ran out of gas at the end.

If you were curious how this unfortunate sequence of events has impacted Jaylen, all you had to do was listen to him talk about it yesterday

Listen to that pain in his voice. That's you. That's me. This part right here?

Chills. The tone change, the pause, it's all of us. I feel pretty confident in saying that every single Celtics fan reading this blog right now has uttered that exact line with that exact type of tone. It's what will most likely haunt us all until our last breath. I've watched this no fewer than 10,000 times since it was posted and I have no plans on stopping any time soon. This is the passion you want to see from one of your franchise players. Jaylen cares. It felt like he was pretty somber yesterday and my biggest takeaway was that this man is itching to get onto the basketball court and avenge what happened to end last season.

This is what we all say we want from our stars right? We want them to care like we do. After hearing Tatum couldn't leave his house for 3 days and couldn't eat combined with Jaylen's pain, I'm ready to run through a goddamn wall. When it comes to setting the tone this upcoming season, from the sounds of things it sure seems like we won't have to worry about any sort of hangover. The pain is pretty fucking evident and it doesn't seem like anyone has even remotely gotten over it. This is refreshing because I too have in no way gotten over what happened in June. Usually, by the start of training camp we've all turned the page, but this time feels different.

I get there are a ton of questions and uncertainty surrounding this Celtics team right now. I mean, they essentially fired their coach a week before training camp and learned their starting center is about to miss 3+ months. But after hearing everyone talk yesterday I get the sense that everyone understands the situation and what they have to do. It wouldn't surprise me at all if all this drama brought them closer together considering they are a team that thrives in chaos. When have things ever been easy for this team? It starts at the top, and if Jaylen and Tatum are going to be locked in on some sort of revenge tour, I expect the rest of the roster to follow.

This is a huge season for this franchise and Jaylen specifically. A player who has improved every single season of his NBA career looks and sounds like a guy who is about to unleash hell. I certainly hope that's the case, because that's the Jaylen this team needs