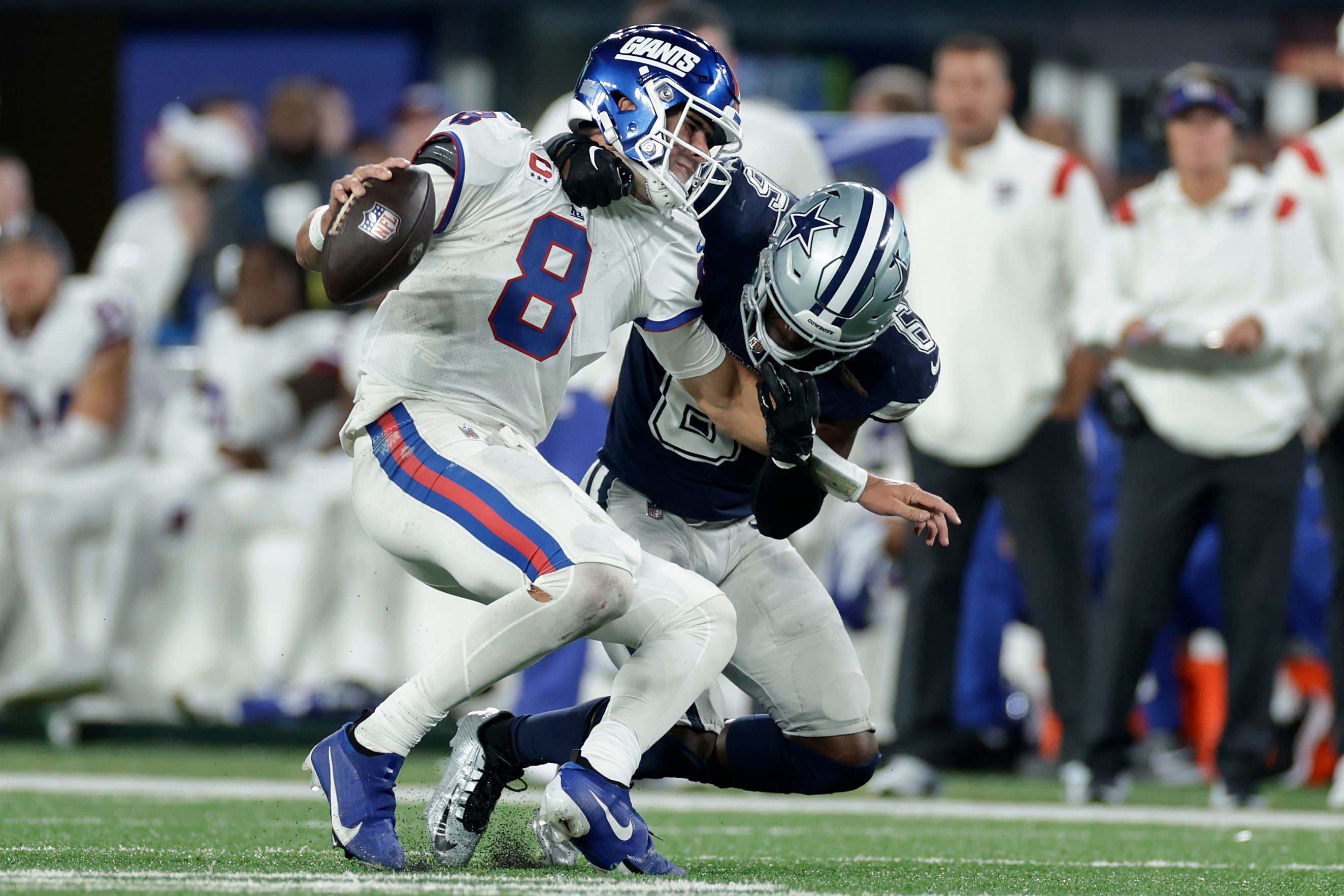 Oh, Daniel Jones just got hit again. One of these days the Giants will have five guys that can block NFL players. That day will not be this year or maybe by the end of this decade. But it will happen one day, likely when Daniel Jones is retired and living in a hyperbaric chamber.

Anyway, Daniel Jones takes a lot of shit and even I can admit some of the blame rightfully falls on him for his struggles over the years. But I'm gonna give him a pass for last night if not a pat on the ass for surviving during this absolute bloodbath.

You know things are bad when your QB has to help out his blocker AND throw a dime through coverage. 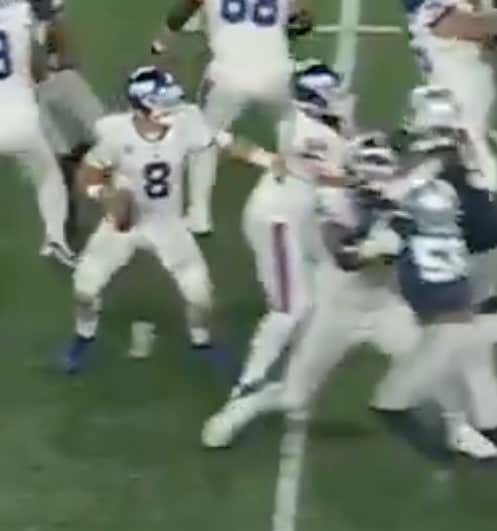 There is nothing else to say about the offensive line that I haven't said 16 or so times a year since I started writing for Barstool in 2014. The fact the Giants even had a chance to win that game was a minor miracle. Evan Neal was a flat out turnstile last night. However I hope everyone learned a lesson from Andrew Thomas when it comes to freaking out about a rookie tackle struggling against some of the best superfreak pass rushers the NFL has to offer.

The interior line can all get thrown in the Jersey swamps for all I care. Tell Chris Snee and David Diehl to start eating those weight gaining bars from Mean Girls because we need help on the inside and I'll take two Super Bowl champions in their 40s over the dogshit we've been watching.

Speaking of dogshit, the receivers situation is dire. Actually it's worse than dire. Feel free to choose a word from below to describe the Giants receivers room right now.

I'm personally going with dreadful and if you are going to talk about dreadful, you have to mention Kenny Golladay.

I don't want to hear a fucking word from Kenny G. about wanting more playing time this week after two drops on three targets, including a huge drop late in the game. However I would like to hear a word from Darius Slayton because I need proof of life since the only excuse for him not being able to get on the field with Kadarius Toney and Wan'Dale Robinson out is being dead.

I can't even get mad at David Sills for slipping on the game-clinching interception because he is David Sills. The only reason David Sills is playing is because the receivers situation is dreadfully dogshit and dire.

The one receiver Daniel Jones could rely on other than future Pro Bowler Richie James was Sterling Shepard. Unfortunately the Annual Sterling Shepard Catastrophic Injury came last night on a non contact injury, which always feels like a season death sentence.

I know Giants fans want Odell back and I would love him back too. But it's not happening unless he gets healthy two months before his target date and wants to play the Giants to play since The Man That Shall Not Be Mentioned left us in salary cap hell to go along with our actual roster hell.

On the bright side, the defense looked pretty good without any major injuries as far as I can tell. I would be upset that Cooper Rush beat the Giants on the road, but there's a chance he's good and more importantly could lead to a QB controversy in Dallas, at least amongst the fans. This is probably me just trying to manifest something. But trust me, nothing beats a QB controversy in Dallas. Ed Werder is about to live outside Valley Ranch for the next three months.

Saquon also looked fucking awesome last night. Crazy what a generational talent can do when he isn't getting banged up like King Viserys every week.

Give us the breakdown Peyton!

Watching Eli rooting along with us as Peyton tried to talk him through the Giants having a chance to come back in a game where they couldn't protect their quarterback was the most relatable thing I've ever seen. We've all been there with a family member or friend.

Finally I'll leave you guys with this spinzone. At least we don't have to worry about the Giants being overconfident next week against the Bears. Now it's time to trust in Wink cooking up a gameplan that places Justin Fields firmly in hell and the offense can be higher than a C- at best for the first time all season.

Despite all the offensive offense we've had to watch, I would've signed up for 2-1 before the season started and I'm sure as shit not gonna complain about it now.