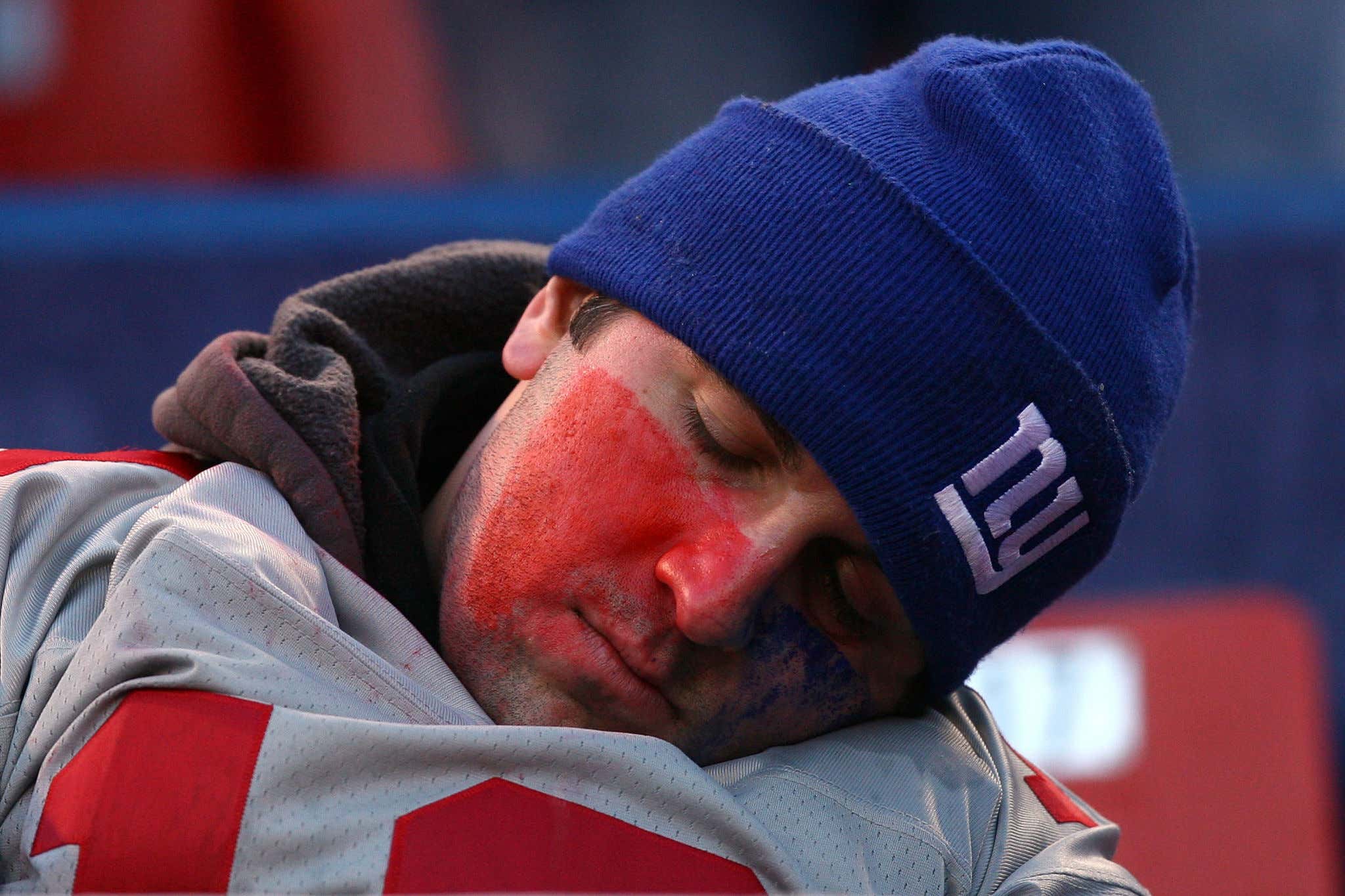 We are now in full swing of the NFL season and I'm continuing on my journey to point out a few sad stats from each week. These don't have to be mind bending or anything, but just something that can help you forget about how shitty your team might be and focus on how shitty other teams are. Unless, of course, the sad stat is about your team. Those are just kind of the breaks. Anyway, we begin with Sunday Night Football in a prime time matchup that I can totally understand if you completely forgot who even played. 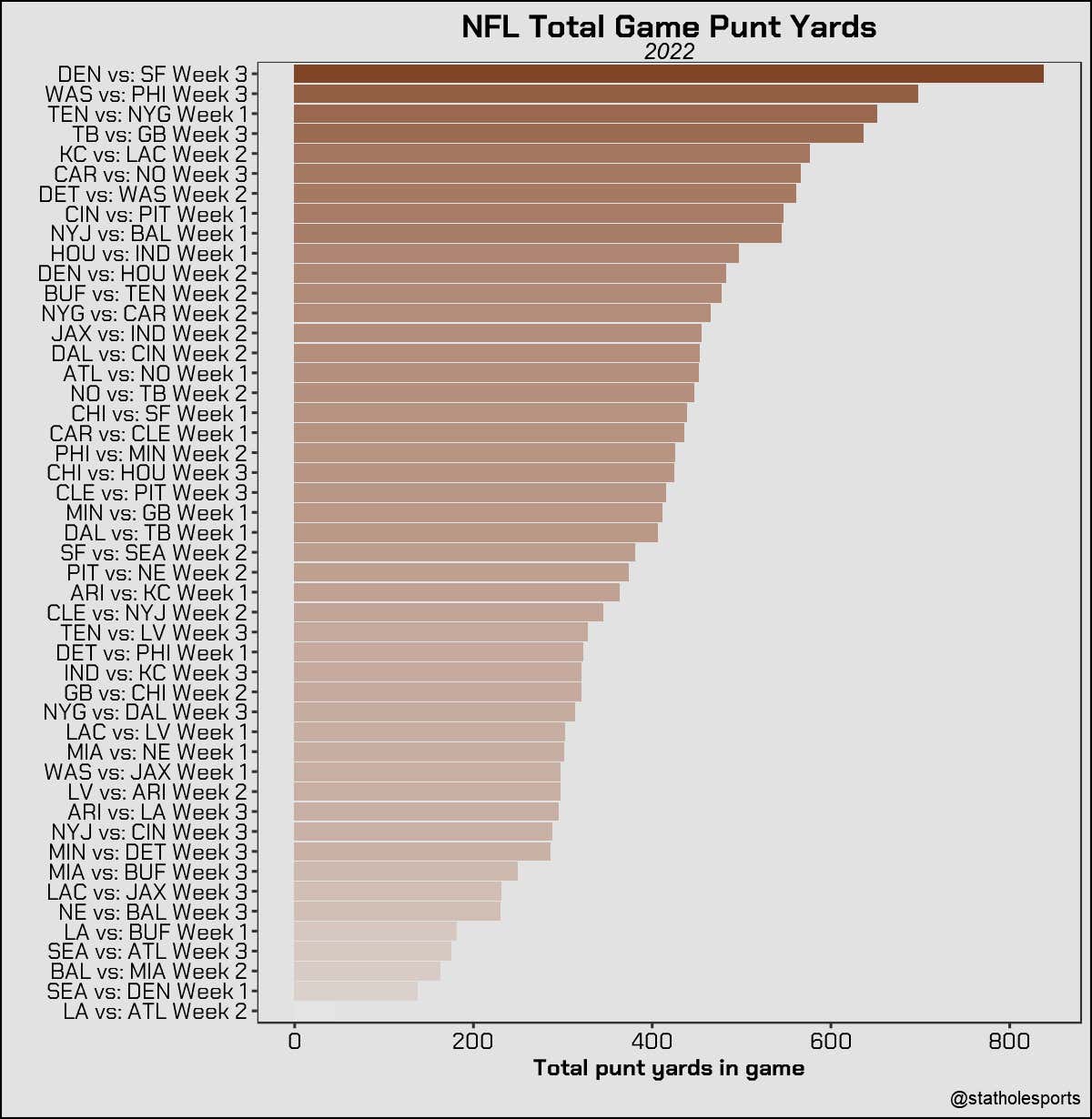 Nothing like a good ole fashioned punt fest towering over every other game this year for prime time. 17/28 drives ended with a boot and that got me curious what the record might be. You'd be harder pressed to find more punt yards kicked than the 2011 NFC Championship game as the New York Giants teamed up with the San Francisco 49ers to punt 1012 total yards causing everyone watching to actually look forward to the following week's Pro Bowl. As far as Sunday night's snooze fest goes, you might expect such a lackluster outing from Jimmy G, but Russell Wilson? I mean dude - what happened? Russ looks like a shell of himself through three weeks. You have to think things will get better but Denver is quickly becoming a regular here in the weekly sad stat papers.

Sad Stat #2: The Arizona Cardinals have zero offensive snaps with a lead 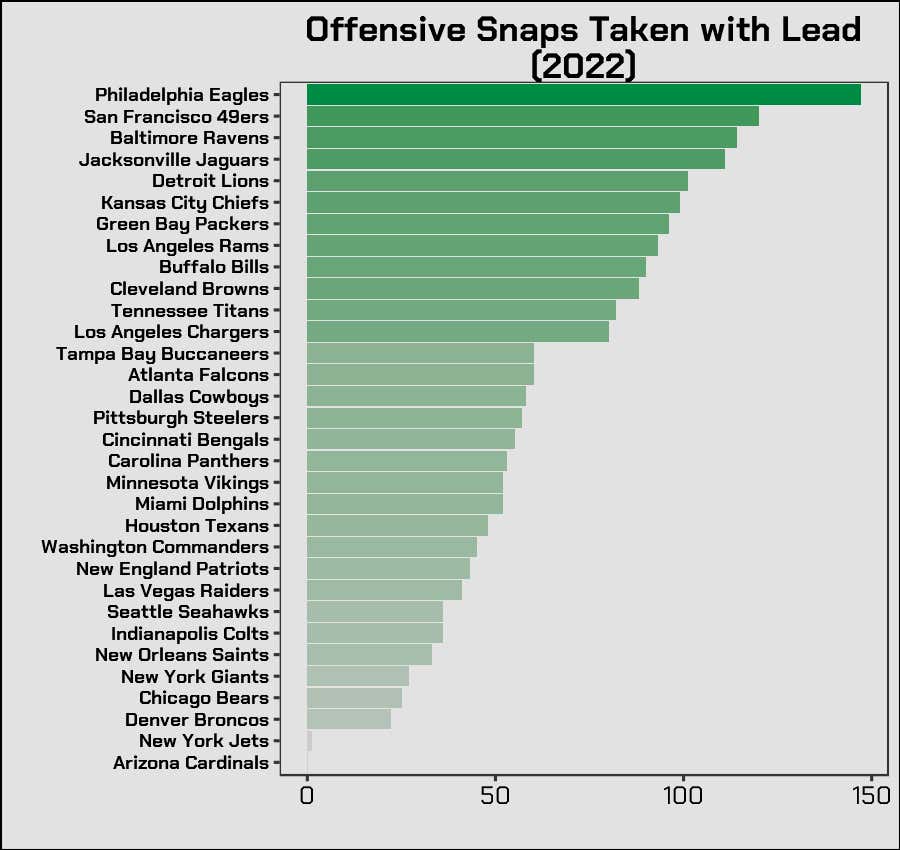 Counterpoint: kind of impressive the Cardinals still won a game. And so did the Jets who’s only offensive snap in the lead was a final kneel down in Cleveland. Ricochet shots to the Raiders and Texans are in order here as they both have less wins than a team with no snaps taken while in the lead. As for these Cardinals, things are not going as expected. They have only scored 13 points in the first half this year and haven’t scored at all in any first quarter. I’m not sure to what extent this is a Kliff Kingsbury thing or a Kyler up too late on Twitch thing, but one thing is for sure – this team misses DeAndre Hopkins.

I show only 18 games have hit the over out of 48 so far this year. The NFL once again made a point in preseason to sprinkle more cocaine on NFL offenses by slighting the rules more to their favor. At this point, any defensive back caught with a loose tie on his straight jacket gets a 15-yard penalty and put to death if a first time offender. But this effort hasn't seemed to help so far. And for the record, last year unders hit on 153 vs 129 overs. Maybe life isn't as short as over betters think and shorting NFL offenses is the sharp play. Are we ready for this conversation yet?

Sad Stat #4: The Chicago Bears are rushing at a 70 percent clip

To the Bears credit, they are doing so quite effectively (4th highest YPC in NFL). But 70 percent is just stupid for any post John Madden led offense. What decade is this? Anytime I think back on any play from a Bears game this year my brain remembers it in black and white only. That's what this team has done to me. The Giants come in at a not even close second with 51% and the Jacoby Brissett Browns right after at 50%. This is all making it hard to see if Justin Fields is the guy. So far, that answer is a resounding no - but Jesus, let the kid either work through the learning process or fizzle the fuck out. I can't stand watching a team build an identity like this. Best case scenario is they grind their way to the playoffs to get smoked by a real quarterback. You have to hope you have that real quarterback. This is hard to find out when your rush percentage is literally higher than the 1977 Oakland Raiders - the team with the most rush attempts in NFL history.

Sad Stat #5: The AFC West has the most losses in the Conference

Remember when everyone was asking “what if every team in the AFC West makes the playoffs”? As dumb a thought as that sounds now, let's not forget everyone proclaiming "the Chiefs are taking a back seat in the division this year". What an idiot take. Were you one of those morons thinking this? Because I wasn't. Nope. Totally not me. Totally. And sure, it's still early but the Chargers will need to find their way out of the infirmary to contest Kansas City and the Raiders may need to find a way to demote Josh Daniels back where he belongs to coordinator if this division is going to be anything we thought it would be. As for the Broncos, we've already discussed they need to start by not habitually showing up in this sad stats column.

That's it for Week 3. Pretty boring week overall if you ask me, but weeks like this happen and remind us that this game isn't scripted. So when we get one of those witching hour classics, it hits that much harder. But there’s always Week 4 to look forward to. So many things can happen. Maybe the Cardinals score in the first quarter or take a lead at any point ever. Maybe a flurry of overs hit. And maybe Justin Fields even attempts a forward pass. Who knows. The only thing that is for sure is there will be plenty of sad things to discuss afterwards.