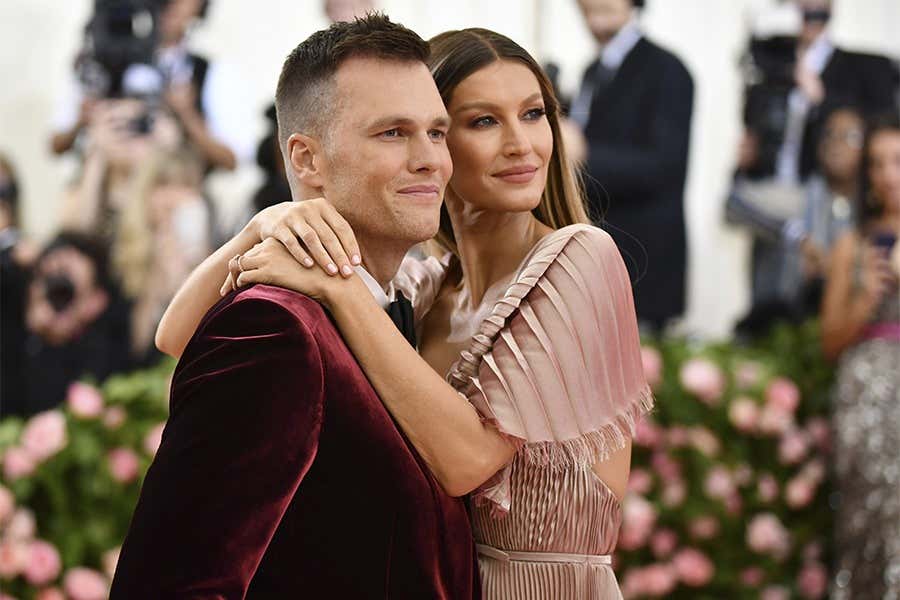 When it comes to the private lives of very public figures, it's always wise to stay far away from your Jump to Conclusions Mat. But then honestly, who ever does that? What's the use of having famous people if we can't spread rumors, evaluate their relationships, judge, make wild assumptions, and generally act superior to them? I mean, what are we supposed to do? Pay attention to our own boring, ordinary lives? Work on our own relationships? Focus on our own personal failings and need for self-improvement?

That'll be the damned day.

And so when the World's Most Significant Power Couple is in a storm of rumors and innuendo about their alleged marital strife, there's no avoiding it. Especially when the reports are all coming from sources close to them and tie their supposed troubles to the husband's shocking decision to go back to his career after the wife sacrificed hers for sake of the family:

Except not so fast, all you shameless gossipmongers.  The latest report says the exact opposite:

Source - Tom Brady and Gisele Bündchen's recent rocky relationship has nothing to do with the NFL player's decision to go back to football after announcing his retirement - and the married pair are still living in separate houses, DailyMail.com can reveal. …

Many believed that Brady re-entering the NFL became a bone of contention for Bündchen. However, their rift is completely unrelated to the former Patriots' star's football career, DailyMail.com can confirm. …

Speaking exclusively to DailyMail.com, a source confirmed their physical separation was not impacted by Brady's move to rejoin his beloved sport.

Brady has been playing down in Florida while Bündchen has been spotted around New York City. … [and] skipped out on an event at fashion week in New York even though she was supposed to attend and was in the city.

She was reportedly seen crying on the phone and has been photographed with daughter Vivian Lake without Brady in sight.

Here's a quick note about this report and all the reports to come. To borrow a phrase from Bill Maher, New rule: From now on all Brady-Gisele 'insiders' need to get their stories straight.

How can they give so many anonymous tips to so many gossip sites saying Gisele was blindsided by Brady's decision to unretire and expect us to just accept this one like it's Opposite Day? They asked us to adopt a certain set of beliefs about these people's private lives that are none of our business. Brady spent six weeks around his family and decided he suffers less getting his ass kicked by all 290 pounds of Cameron Jordan than doing middle school math homework. Gisele forced him to leave New England and Tampa because she's the Yoko Ono of football. He spent part of his 11 day sabbatical in the Hamptons with Bridget Moynahan. And so on.

So if it's not his unretirement that's causing all the tension or whatever they're calling it, what is? If you're really an insider you can't leave us hanging like this. Feeding us these reports in dribs and drabs. Spill it already. The public might not have a right to know, but we do have the right to know, if you get my meaning. The less they say now the more we're going to assume the worst. And that's how conspiracy theories start.

And may I remind you that these are two perfect, luminous beings who would never do anything to harm anyone, let alone each other. So until proven otherwise, I'm going with the original assumption that she wants her husband home putting the kids to bed, taking them to their soccer games and driver's ed classes, so she can get back on the runway she left in order to become a full time mom. Plus she's worried about him putting his perfectly spherical, 45 year old ass on the line for another season. If anyone in their inner circle has some better explanation, I'm all ears. But don't mess with us, feeding us these reports about what it's not. We've got our own lives to live. Which is to say, I don't. But some people might.