Daily Mail - Vladimir Putin has escaped to his secret lakeside 'palace' amid brutal suppression of anti-mobilisation demonstrations in Moscow and St Petersburg. Despite denials from the Kremlin, Putin appears to have vanished on holiday to his 'most secret official dacha' in northern Russia.

The residence, nestled in the forests of the Valdai Hills - about halfway between Moscow and St Petersburg - boasts a three-storey spa complex with a 'personal beauty parlour' nicknamed the 'temple to his asceticism'. His vacation comes as more than 700 people were detained by Russian authorities today at protests against the partial mobilisation ordered this week by the president, according to independent monitoring group OVD-Info.

There has been unrest in more than a dozen major cities, including Moscow, St Petersburg, Novosibirsk, Tomsk, Khabarovsk, Irkutsk, Ulan-Ude, Chita and Ivanovo, after 300,000 Russians were conscripted for perfunctory military training before being sent to Ukraine.

Journalist Farida Rustamova posted that a trusted source said Putin has, since last Wednesday evening, been resting 'body and soul' in his residence on Lake Valdai in the Novgorod Region. She claimed pre-recorded videos showing him meeting officials have been released to make it appear that he is busy at work, when in reality he is 'resting' at his four-storey mansion.

Earlier this year, when Putin's nemesis Alexie Navalny exposed Putin's $1.4 BILLION DOLLAR residence, referred to as a, "state within a state", I thought that was pretty outrageous.

Come to find out this guy has several of these things he rotates through like pairs of underwear is really something else.

The existence of the secret residence was revealed by the anti-corruption team working with his jailed nemesis Alexei Navalny last year. Mr Navalny's team also claimed the facility has its own dentist's surgery and a fully-equipped cosmetologist's office.

The three-storey spa complex includes a cyro chamber for extreme cold therapy and a mud bath in a 7,000 square metre relaxation facility.

There is also a specialist float pool - a large bath filled with very salty water that keeps you buoyed on the surface when you lie in it- a 25-metre pool surrounded by hot tubs and saunas, and a Thai massage podium.

It is also allegedly equipped with Putin's special massage chair illuminated by a special infrared lamp.

The fact that the spa at this palace resembles most town high schools is fucking insane.

This has gotta be for all of Vlad's chicks right? There's only so much cryo-therapy, and mud bathing one man can do. And when you're as handsome as he is, it's not like that private dentist's office and esthetician's lab are for him. Right? 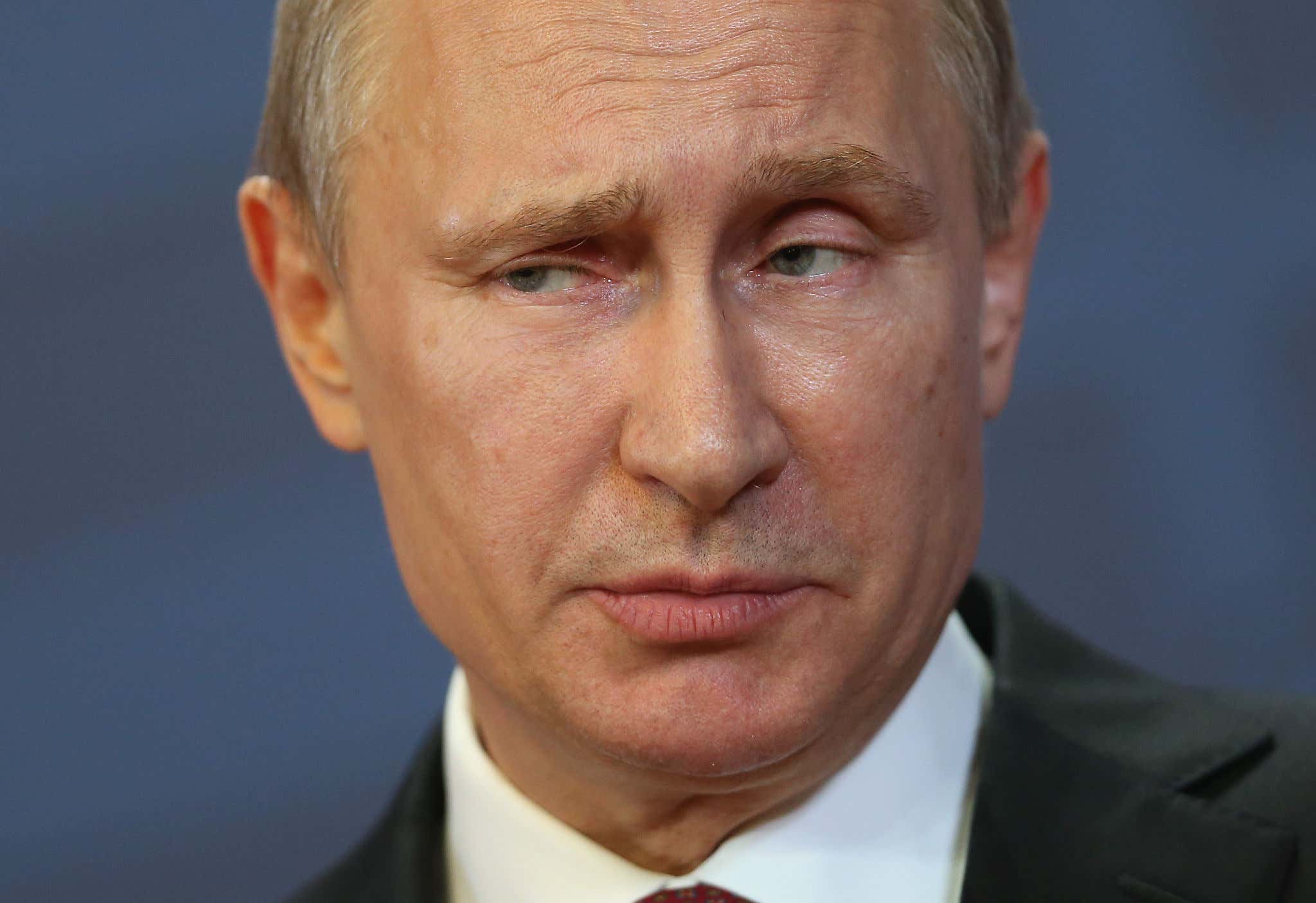 It's also good to know that a terrible war and sending civilians to the front lines hasn't weighed on Putin's mind enough to stop him from throwing parties in his full blown nightclub he has in this (and every) palace.

'The main house is quite modest by Putin's standards, but it is very carefully hidden,' said a video produced by the Navalny team.

The main house is a four storey mansion with balconies, terraces, and a main staircase with a fountain.

It apparently has a 2,485 square metre indoor skating rink.

(All-time funny video. Looks like when you're playing something (anything) against a little kid and trying to boost their confidence by letting them win)

All jokes aside, Putin is the fucking worst and it's really tough not to feel for the regular people of Russia.