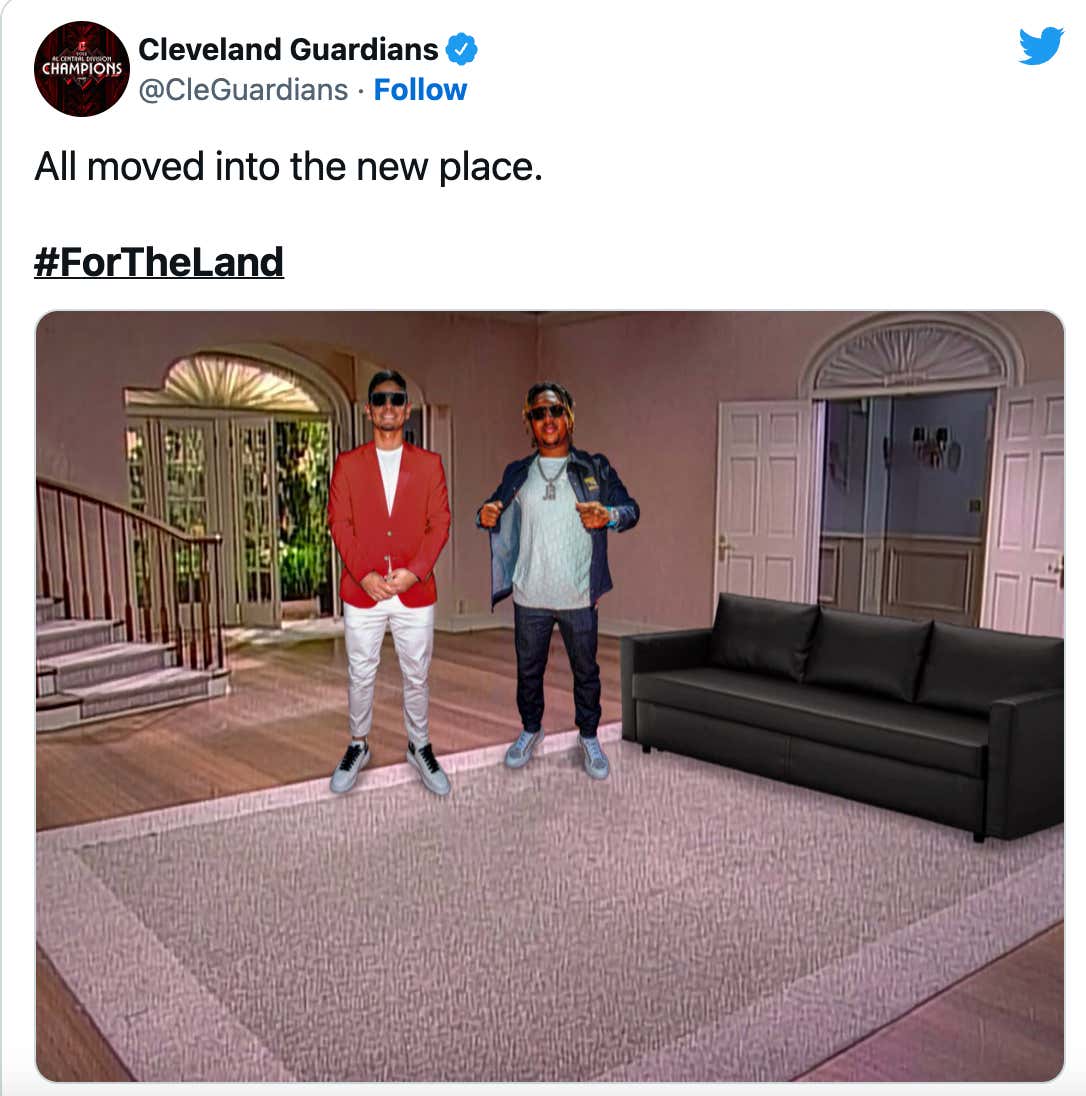 So last night I was at the Irish Heritage Center on the NW Side for Officer Danny Golden's fundraiser. I was trying my hardest to not look at my phone too much considering the event I was at, but as a phone addict that was obviously impossible. I didn't have much reason to look at it anyways, as the Bears had already played and the White Sox have been FAR from my mind since their embarrassing effort at home against Cleveland last week and their pathetic, disgusting, dead fish effort against Detroit this weekend.

That said, this tweet came across my timeline. I was getting tagged in it and people sent it to me via DM quite a bit:

Ya know what I say? GOOD. I could NOT agree more with whoever yelled that. FUCK this team. They're partially responsible for what was, without question, the worst summer of my entire life.

Now, there are two ways to handle the Guardians' shit talk as a White Sox fan:

1. You can scream, "FUCK CLEVELAND!!!! FUCK THOSE LOSERS FROM THAT SHITHOLE FLYOVER CITY!!!"

Or you can go my route, which is…

2. LOVING the shit talk. I personally love that the low payroll, small market Cleveland Guardians are rubbing the White Sox noses in the big steaming pile of shit that was their 2022 season. Maybe, just maybe, the digs at the White Sox will be enough for the fucking owner to realize he needs to finish this roster off by adding quality talent, not bargain bin talent, and let his fucking GM do his thing instead of meddling non-stop.

Aside from a lightning in a bottle 2005 World Series run, this fucking guy has tried the same shit over. And over. And over. And over again for 40+ years of owning the club and it NEVER FUCKING WORKS. Goddamnit, I have never hated a guy I don't know more than I hate Jerry Reinsdorf. He is the bane of my entire existence.

…are exactly what Jerry Reinsdorf, Kenny Williams, Rick Hahn, all 40 man players, the bat boy, training staff, and everyone else that has a paycheck from the White Sox needs to see. I want them all pinned down with their eyelids pulled open for the duration of the entire offseason reading them like the dude from Clockwork Orange:

Because that season was a pathetic embarrassment from top to bottom and they need to hear that not just from fans, but from anyone on earth who can compose a sentence.

I truly believe that. They need to get it from all angles.

A lot of Sox fans saw me say that I loved the Guardians shit talking tweets last night and didn't like it. Many even tried to put me on my own banned list. Here's the thing though; I don't really HATE any AL Central teams. Sure, I don't like them. But none of them are on Cubs/ND/Packers/Yankees level of hate for me. Not even close. They're all a bunch of whatever teams to me. That doesn't mean I like them, but I was 100000% rooting for Cleveland in 2016 and I know that was not atypical at all for Sox fans that year.

So yes. I hope Cleveland continues to rub the White Sox noses in it the entire offseason. Hopefully it will become bulletin board material and these fuckos figure out how to fix the mess they put themselves in. Ya know, actually keep their word and try to build a legitimate contender, because it's crystal clear that this ain't one. They fucked this thing up and White Sox fans have every reason to be irate with the organization. We feel hoodwinked. There aren't a lot of Sox fans, but the few of us that there are eat, breath, and sleep White Sox baseball. We pour every ounce of our emotions and a lot of our finances into that organization. We as fans deserve better and Cleveland has EVERY right to dance on our graves. I hope they don't stop. I want all of the Cleveland shit talk directed right at the White Sox. ALL of it.

PS - the tweet at the top of the page was in reference to the (now deleted) tweet below, if that caused any confusion 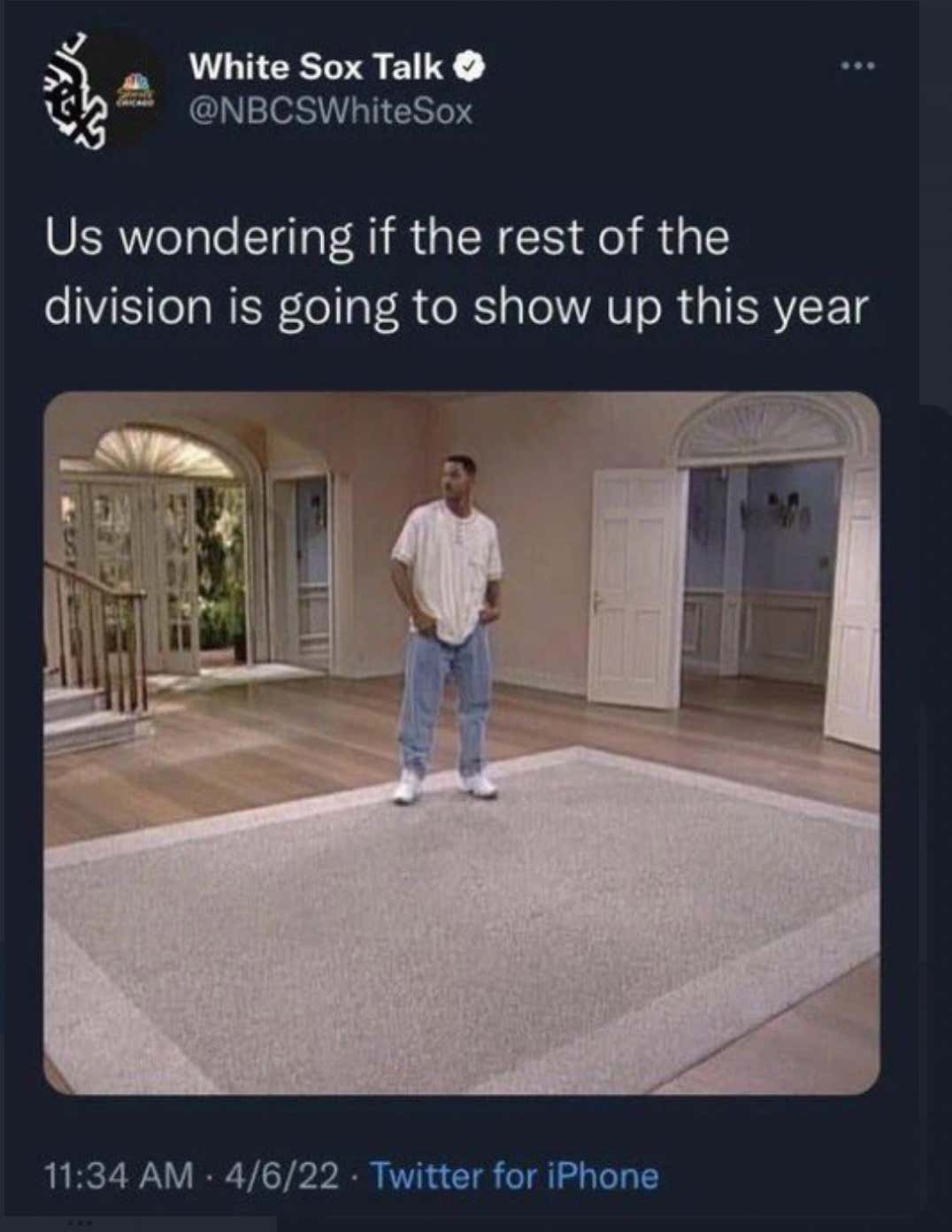