You see this man right here? 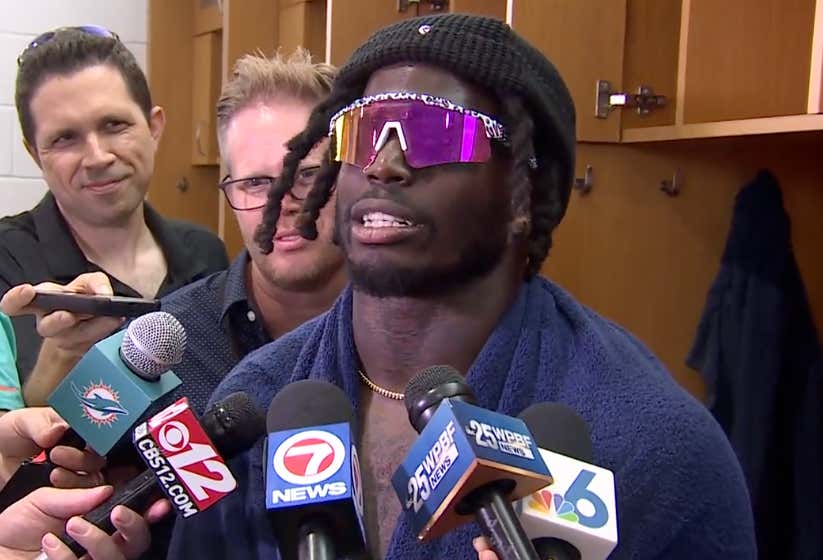 That is a man that lives in the future and knows exactly what's going to play out like Biff Tannen after he got his grubby paws on Grays Sports Almanac. He's also potentially the fastest person in a league full of superhumans, so I'm gonna take him at his word when he says he's gonna dust someone. Especially if that someone made a living getting cooked during his years haunting my life with the Giants.

I know Eli Apple has played much better than a guy that bounced around to four teams over four years and Tyreek "only" averaged 6.5 receptions, 59 yards, and 0.5 TD in his two games against the Bengals last year. But that was the old Tyreek. The one being held back by Patrick Mahomes. Now he has Tua throwing him the rock!

Okay, scratch that. Tyreek was being held back by Andy Reid! Actually scratch that too because Big Red is a play calling genius.

Tyreek was being held back Eric Bieniemy! Now he has this sick son of a bitch calling the shots for him.

So I ask the Powers That Be at the Barstool Sportsbook to put up the numbers for Tyreek on Thursday and I'll responsibly bet the Over on all of them. Receptions. Receiving Yards. Touchdowns. Maybe even some rushing stats if we wanna get crazy. Oh yeah and first touchdown too since Mecole Hardman is no longer Tyreek's teammate.