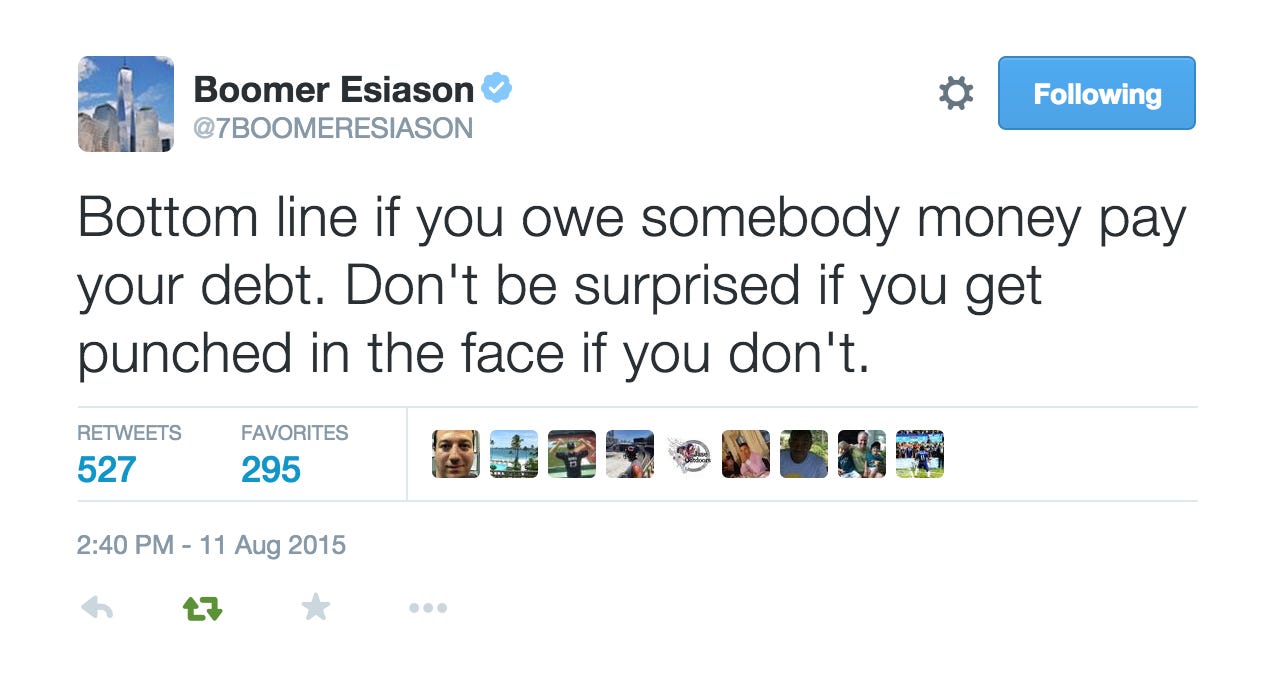 The only people I’ve seen imply this gambling debt angle so far is Boomer and Incarcerated Bob. So who knows if its true. Whats weird is that while Bob is a total fraud and cant be trusted (Example #2,571, 547) and Boomer is the total opposite. I’d trust him 100%. The tweet seems a little out of character – usually he plays it more PC and down the middle and isnt quick to judge or rush into anything before knowing all the facts. He usually stays above the fray on stuff like this, whether its on Twitter or the morning show.

But if he’s willing to tweet it out, it makes me think that this is probably the case. Couple that with Todd Bowles saying it had nothing to do with football and was an argument 6th graders would have, and it seems like something along the lines of a gambling debt could very well be the case. And if that is the case, that is not a good look for Geno. First from the point of view of just being a man about your debt. We’re talking about a staring QB owing a 6th round pick some money. Pay up dude. Come on. And secondly just this idea that you have unpaid gambling debts with your teammates and you’re wagging your fingers in his face when he’s trying to collect – that is not what I want to hear about my supposed franchise QB. I’m not gonna sit here and be all preachy about being a leader and shit, but its kinda true. If your quarterback is supposed to be a leader of men and have the respect of his locker room and all that shit, then welching on your bets and getting catty when its time to pay up aint the way to go about it. Makes Geno sound like a pussy and makes the locker room seem as dysfunctional as ever. Just need a guy to fuck someone else’s wife and we’ll be ready for Season 2 of Ballers.