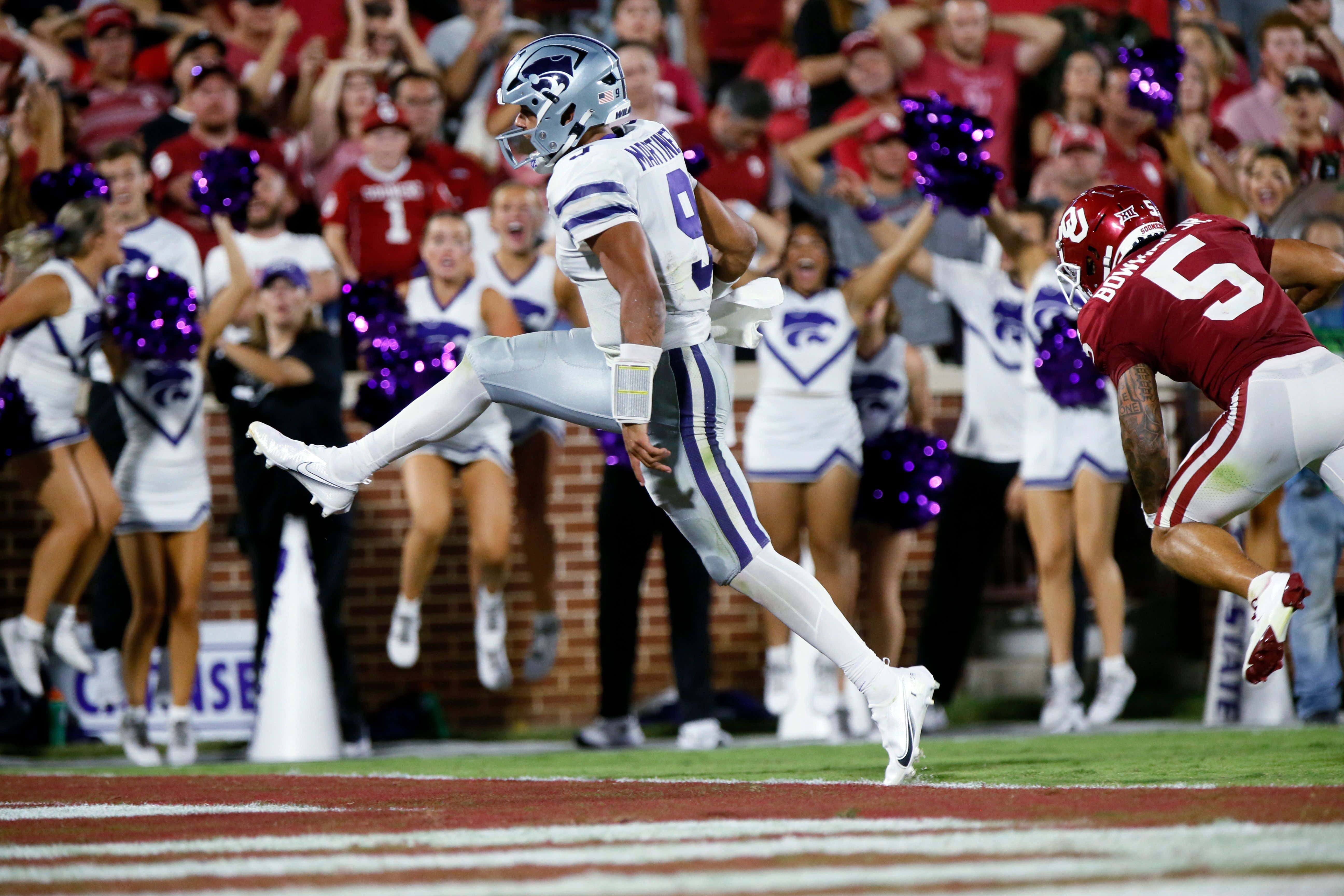 Another wild week. It was mostly conference play around the country but a teams were still involved with non conference. There were a few surprises on that slate as well. For me I continue to see the betting board very well moving to 9-2 overall with blog breakdowns. Here's what we I saw this weekend.

Texas A&M: This team has made my ugly board this year but they have bounced back in a huge way with a few HUGE wins recently. I thought beating Miami was impressive. Now after Saturday, that's not as impressive because of what happened to the Hurricanes, but beating Arkansas checked some boxes. We learned that this team has a pretty potent rushing attack and a really great defense, but that we already knew. It's going to keep them in a lot of games and quite honestly I don't know many better. The Aggies are 13th in scoring defense and only giving up 174 passing yards a game. That was also against KJ Jefferson and Tyler Van Dyke, two really high level QB's. They are still a work in progress at their own QB position but Max Johnson did something important. He managed the game and didn't turn it over. October 8th is the big one. A&M heads off to Tuscaloosa. Time will tell, but as I said the bounce back has been great.

Conference USA: A couple of huge wins for this conference this weekend. UTEP beat Boise as 16.5 points dogs at +510 on the money line and Middle Tenn St beat Miami by double digits as 25.5 point dogs and +1615 to win straight up. I first want to touch on UTEP. Dana Dimel has done a terrific job down there. This defense is stingy. They are top 10 in passing yards allowed per game, tackle well and get to the quarterback. They are a team that finally has a culture and now a signature win. Boise then again could be in the ugly category, they are a disaster currently. A solid win for the Miners nonetheless. MTSU had their signature win as well going into Coral Gables and stunning a Miami team we all thought was much better. Middle Tennessee did it with big plays and a very good run defense giving up under 3 yards per carry. MTSU had two receivers that combined for six catches for 299 yards. They had over 500 yards total and over 8 yards a play. An absolute clinic by Rick Stockstills team. Just for shits and giggles… a two team parlay for 100 bucks would've paid you back $10,361 on both of them.

JMU: Got to give the Dukes some love. I'll admit, I played a little +7. I didn't quite see a TD between them and an App State team that's been close to the fire for awhile. They play a lot of close games and the defense has been soft. JMU though went down 28-3 in this game and then a switch turned on. They did everything right, QB Todd Centeio was brilliant and they came all the way back and won pretty easily. JMU would score 29 unanswered. This new school in D1 is formidable and have a really shot in a pretty open Fun Belt. Can't wait for those mid week games to start. Also want to throw this out there, they are giving up just 37 rushing yards per game. Best in America by a WIDE margin.

The Colorado schools: Both of these groups have been pathetic so far this season. Colorado got blown out yet again this week, this time to UCLA. The offense continues to be bad scoring just 12 points per game but the defense is bad too. This group is dead last in the country in rushing defense. They can't stop anyone and have lost every game by 25 or more. It's going to be a long season in Boulder. They do though have Arizona on a deck which may be the only shot for a win on this schedule. Colorado State if you can believe it has actually been worse. The Rams are scoring just 11 points a game and lost yesterday to the Hornets of Sacramento State 41-10. I think a lot of people were excited with Jay Norvell coming over from Nevada, but this has been a completely failed experiment so far. There may be some room for a little optimism though because outside of Air Force, this schedule is pretty favorable, but things are bad in Fort Collins.

Rutgers: A big time game under the lights in Piscataway and you allow one of the worst offenses ever seen at this level to score 27 points? On offense they ran 19 more plays than Iowa, had more yards but were 5-16 on third down and couldn't score. A pathetic effort in a game that they should've been on fire for. Same old Rutgers shit show.

Michigan State: I mean I don't really even know what to say. I knew Minnesota had a great defense but 34-7? Payton Thorne continues to turn the ball over, they couldn't run the ball and the defense isn't good. Tanner Morgan sliced and diced the secondary all day and they seem to have the same deficiencies they had last season in coverage. I continue to scratch my head as to why Scottie Hazelton is still the defensive coordinator after last season, but his employment may be on its last legs. Also throw in the fact that they paid Mel Tucker 95 million over ten years, for this?. Not great… there's a lot finger pointing going on in East Lansing. What happens if they don't get to six wins? Because it's more likely than not at this point.

Oklahoma: Hand up here… I thought this team may have been different but I guess that's my fault. The defense is still nowhere to be found and that seems like it won't ever change. I love them on offense and will probably return to overs at some point, but this was an awful effort on the defensive side. The run defense was particularly horrid allowing 275 on the ground. They also really struggled with the mobility of Adrian Martinez. A really big time win for Chris Kleiman and crew.

Florida International: The Panthers suffered their worst defeat in program history Saturday losing to Western Kentucky 73-0. They are dead last in America in scoring per game and just cannot stop anyone. The Hilltoppers had 688 total yards, only punted twice and averaged nearly ten yards a play. FIU is dead last in scoring as I said, and dead last in scoring defense. Just something to keep in mind, since the start of 2019, they are 8-25 ATS, another trend/stat that puts them dead last in America. Looking ahead next week they face NMSU whose a 14.5 point favorite. Never thought I'd see the Aggies as two TD favorites. Shows you how bad FIU is. LOL

See ya next week for Week 5. If you enjoy my college football/NFL betting content, please don't forget to watch my betting show "Big Man on Betting LIVE every Thursday on the Barstool Sportsbook YouTube page at 4pm EST LIVE.