Rolling Stone - Nine Inch Nails were finally able to celebrate their Rock and Roll Hall of Fame induction this weekend in their native Cleveland, which included a Saturday night concert that featured the return of several former members from the band’s Pretty Hate Machine era.

Although Trent Reznor and company were inducted into the Rock Hall in 2020, the event was scaled down to a television-only special due to the Covid-19 pandemic; a Cleveland celebration was then scheduled for 2021, only to be postponed again. Two years removed from the induction, the band finally held Nine Inch Nails Fan Day on Friday ahead of their Saturday gig at the Blossom Music Center in Cuyahoga Falls, Ohio, Cleveland.com reported.

The NIN Fan Day festivities included a Q&A with current and former members, including co-founding member Chris Vrenna, bassist Danny Lohner, keyboardist Charlie Clouser and, most notably, guitarist Richard Patrick, the Filter frontman who left the band in 1993 after an argument with Reznor. (Adding to the acrimony: Patrick was not among the seven NIN members inducted into the Rock Hall; Vrenna and Lohner made the cut.)

However, after settling whatever lingering grudges for the Q&A, the four former members next rejoined Nine Inch Nails onstage for the final six songs of the Ohio concert, focusing on the band’s late-Eighties/early-Nineties output (“Eraser,” “Wish,” “Sin,” “Gave Up”) and, in a surprise, a cover of Filter’s “Hey Man Nice Shot” with Patrick leading the way. The one-off reunited lineup wrapped up the concert with “Head Like a Hole.”

First off, Trent Reznor looks awesome. As a man comfortable with his sexuality I have no problem acknowledging when another man looks great. And Trent looks fantastic. 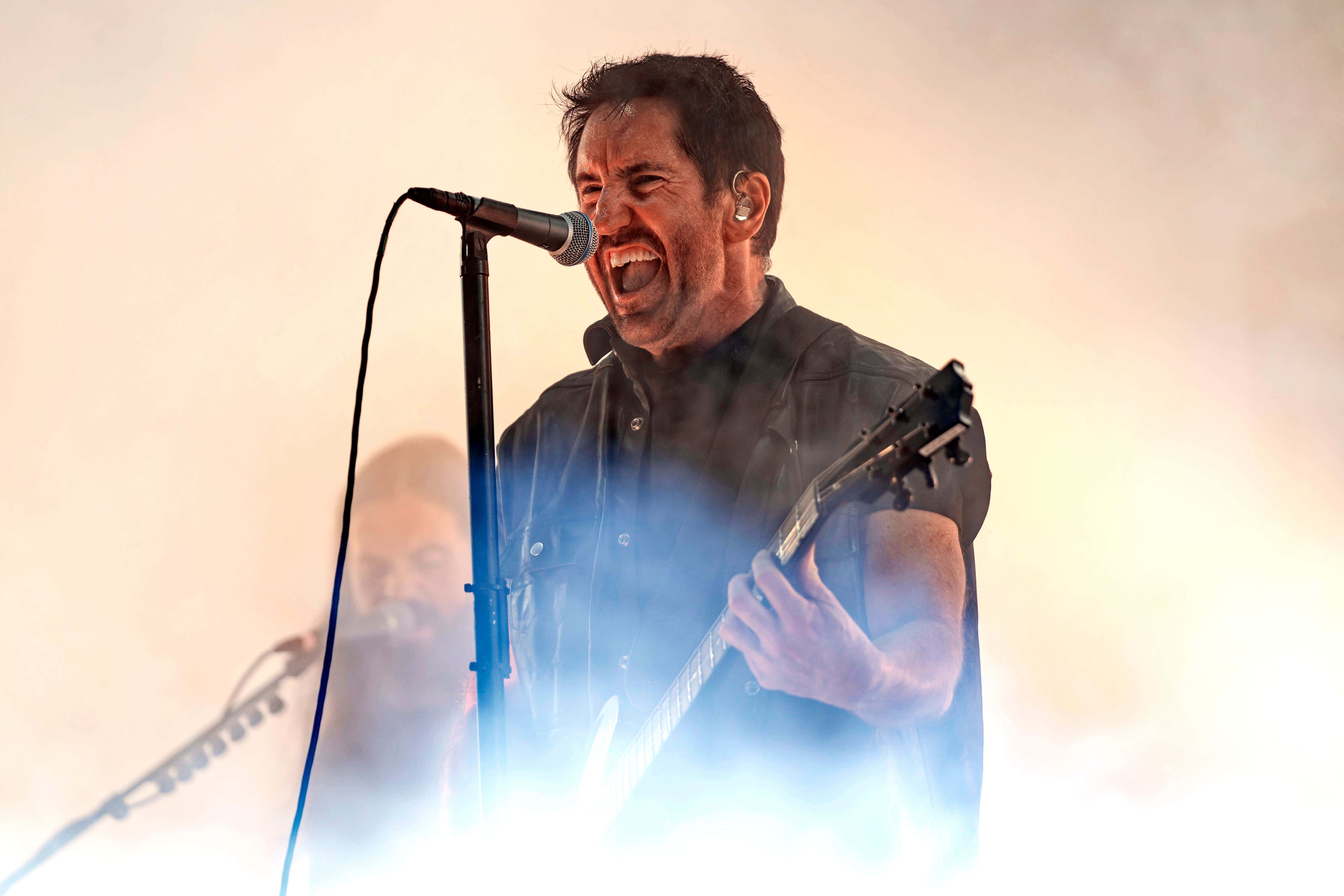 And he sounds fucking amazing too.

Talk about a band that hasn't skipped a beat during the breakup/retirement.

One of the things that blew my mind about Reznor is how easily he's pivoted since he retired NIN. For those also out of the know, Reznor has turned into one of the most sought after Movie Score Writers, soundtrackers, and producers in movies and music.

He and his partner Atticus Ross just produced one of the most critically acclaimed album last year for Halsey, If I Can’t Have Love, I Want Power.

They also won an Academy Award for Best Original Score at the 2021 Academy Awards for their work on the Pixar hit Soul.

Secondly, the band bringing out Richard Patrick for the "Nice Shot" cover, the guy who worked with Nine Inch Nails as the band’s touring guitarist in their early days, and played on the band’s 1989 debut album, Pretty Hate Machine, was pure class. And fucking awesome.

Reznor and Patrick had an infamous falling out back in the day. In a 2020 interview on the Stop! Drop & Talk Podcast, Patrick revealed that he quit the band after Reznor suggested Patrick deliver pizzas to pick up some extra cash.

“I was like, ‘Hey, dude, I hate to tell you this now, but I quit,” Patrick recalled. “And I’m so sorry, but I f*cking quit. I’m not gonna sell pizzas and I’m not gonna drive for a pizza place.”

Fortunately, it appears Patrick and Reznor were able to patch things up in time for an iconic performance.

They also brought out former bassist, and vocalist, Danny Lohner, and ex-drummer, and sampler Chris Vrenna.

Looked like an awesome show. Happy for the fans who have waited almost 3 years to see it, and happy for the former bandmates and friends who got to reunite in their hometown.

The setlist for the show, which featured opening sets from Nitzer Ebb and Ministry, ran as follows: