Fourteen years. It's been 14 years since we've had this feeling in New England. Specifically, September 7th, 2008 when Bernard "The Typhoid Mary of Patriots Injuries" Pollard slammed into Tom Brady's left knee in the 1st quarter of Game 1 and ended his season. Some might try to argue that Cam Newton testing positive for Covid in 2020 also qualifies, but no. That was a week-to-week thing. And even though he was never the same quarterback once he was out of quarantine, that doesn't begin to approach what Mac Jones one-legging it off the field and straight to the locker room - without even a stop at the Blue Tent From Whose Bourne No Traveler Returns - means to this team and this franchise.

No one knows what the exact injury is or the extent. But even I don't possess an instinct for optimism that would assume he'll be OK after this:

That looked like his left leg bend like a Twizzler under him while it took the full force of every ounce of Calais Campbell's 300 pounds on it. And unless Jones ends up getting healed by one of those crooked preachers who talks you grandparents into building him a water park with your inheritance, we have to assume the worst. The worst being Brian Hoyer and maybe some Baily Zappe. Try as I might, I'm unequipped to put a shine on that sneaker.

And while I'd ordinarily try falling back on the old, "We don't know yet; maybe it's not that bad," it's that bad: 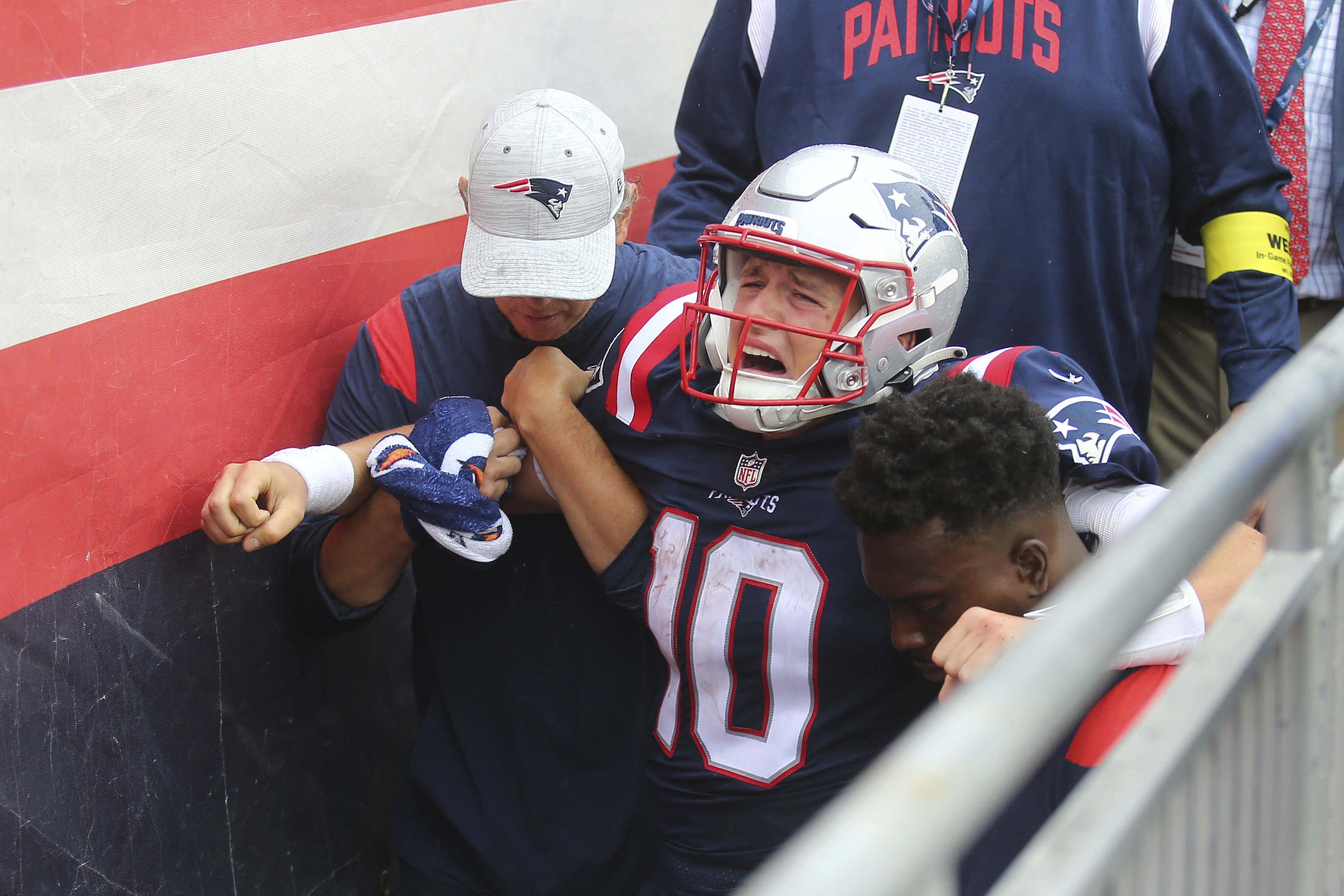 I'll have more on the game itself tomorrow, as always. But whatever happened will be a sub-footnote on a footnote to history and all we'll ever remember this game for is how it affects Mac Jones future. Dammit all.