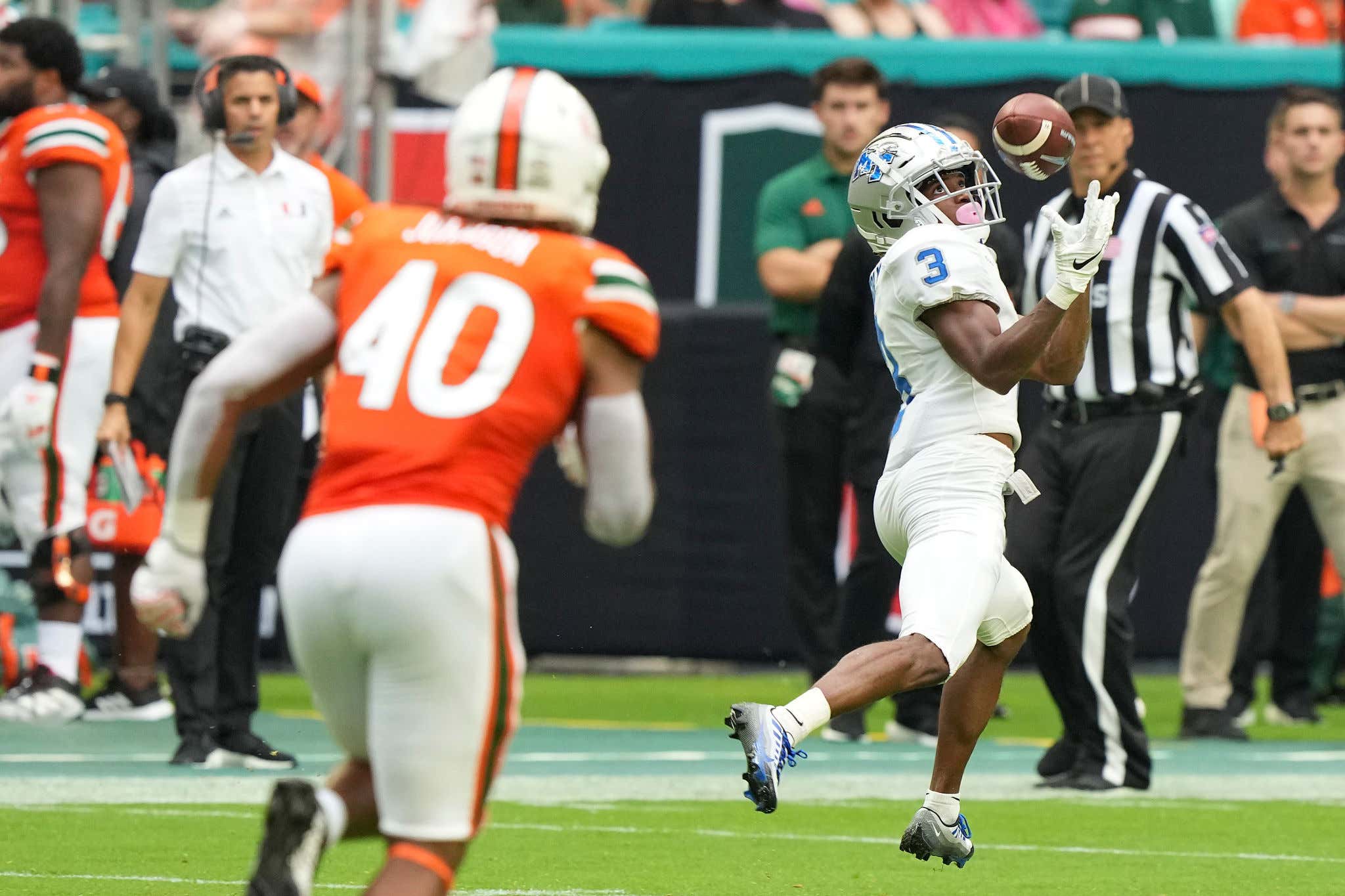 Not great for the Miami Hurricanes to have such a poor defensive effort that they get lit up for 408 yards passing by Middle Tennessee's Chase Cunningham. No disrespect to the guy, but he lost his first start of the season 44-7 to James Madison and entered Saturday averaging 6.2 yards per attempt.

So uh…yeah, it was a pretty big shock when Cunningham was the field general who had the mothafuckin' launch codes in this contest while his much more celebrated counterpart Tyler Van Dyke struggled MIGHTILY.

To "celebrate" his 52nd birthday, Miami coach Mario Cristobal not only got to witness his secondary get TORCHED for 16.3 yards per attempt — not per completion, per attempt — but he also got to bench his QB who presumably has NFL Draft aspirations after the season.

We might be seeing the second coming of Spencer Rattler when it comes to Van Dyke, because Jake Garcia came in and moved the ball effectively. Van Dyke completed only 16 of 32 passes for 138 yards, a TD and two picks.

The Blue Raiders have won all three meetings against the Hurricanes but had never beaten a top-25 team before today. That's how far off Miami is from being the powerhouse it's supposed to be. This ain't "THE U" that we've seen dominate college football in the past and frankly, it's been a MINUTE since the Canes were that good.

Oh well. Cheer up, Miamians. At least you have Mike McDaniel leading the Dolphins.