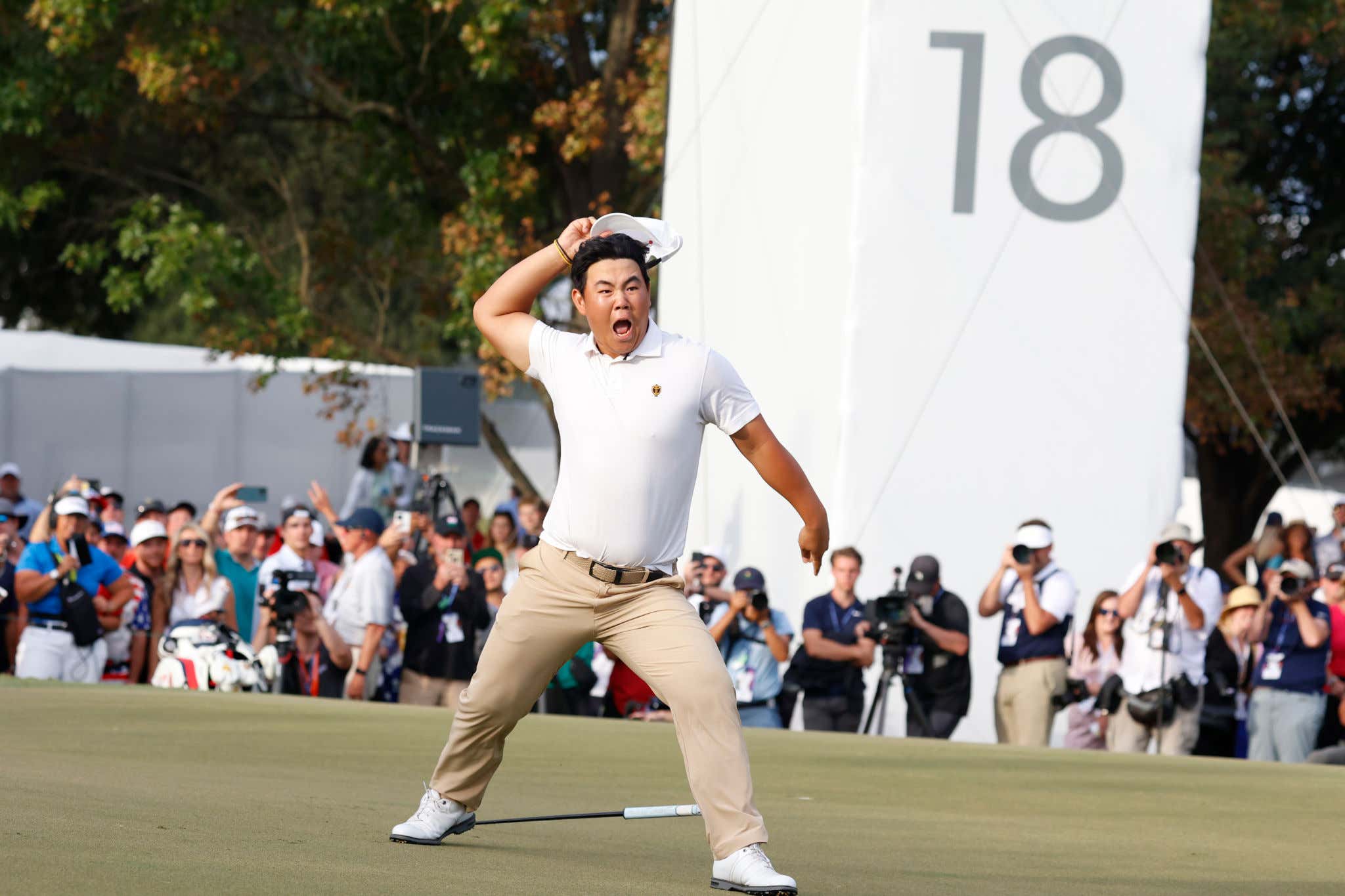 For all the talk of the lopsidedness of this Presidents Cup, of the American's significant talent and scoreboard advantage, the matches themselves have actually been quite close. Eight of the first 10 matches reached at least the 17th hole. It's on those final two finishers that the Americans took this competition by the throat over the first two days.

"These moments where matches flip," Jordan Spieth said Friday, "it just seems like we've been on the right side of those for the margin to be where it's at."

The internet rushed to bury the International side, and you could hardly blame them—the Americans did enter this week as massive favorites, and an 8-2 lead after two days brought serious questions as to the long-term viability of the Presidents Cup. But, and it's a sizable but, just one-third of the points had been spoken for when Trevor Immelman's side woke up on Saturday morning. They were down; they were not out not out. If only they could wrestle some of that huge-moment mojo.

Enter two most unlikely heroes: 20-year-old Tom Kim and world No. 66 Cam Davis. And, after winning the day 5-3, the Internationals have life: they'll face just a four-point deficit heading into the 12 Sunday singles matches, the same deficit the Europeans overcame to win the 2012 Ryder Cup and the Americans overcame to win the 1999 Ryder Cup. For the first time all week, Ms. Momentum is flirting with the Internationals.

It all happened rather quickly and in quick succession. The Internationals had stopped the bleeding by splitting the morning fourball session 2-2, and two afternoon fourball matches had already finished—one to the Americans, one to the visitors—as Quail Hollow bathed in Golden Hour. Kim's partner, Si Woo Kim, had holed a nervy five-footer for par on 17 to ensure Team Kim's match against the American wagon of Patrick Cantlay and Xander Schauffele would go to 18 all square. Tom Kim played first off the tee and guided a bleeding cut into the middle of the fairway. A safe shot, but well back of both Americans, who roasted draws around the corner. As such, Kim played first and, from 235 yards, hit the shot of his young career: a driving-iron laser to 10 feet, perfectly pin high.

Neither American could muster a birdie, which left Kim with every kid's dream: make a putt to win the match.

"I was already thinking in the back of my mind," Kim said, "if this goes in, what am I going to do? How am I going to celebrate?"

That type of youthful candor has turned millions onto Kim this week. On Friday, he hyped up the crowd and club-twirled for a shot that went directly into a fairway bunker. Later that afternoon, he unleashed a yell after holing a putt…while 5 down. Saturday morning, he poured in an eagle putt, tossed his putter and didn't bother to pick it up before heading to the next tee. This was Tom Kim's week even before Saturday's moment. After it, this is Tom Kim's world.

Kim dripped a left-to-right slider right on line. He knew it was in halfway, and he started his celebration well before his ball hit the bottom, looking over his shoulder to make damn sure before chucking his hat to the turf.

Just as Kim was buzzing around the green, Cam Davis was making a birdie putt on 17 to give he and Adam Scott a 1-up lead on Billy Horschel and Sam Burns—and that came one hole after Davis eagled the par-5 16th to bring the match level. The big Aussie would never have made this team had LIV golf not poached the International player pool and yet there he was, playing alongside his childhood idol, fighting to keep his team alive. All four men hit perfect tee shots on the 505-yard par 4 finisher, and all four men hit perfect approach shots—the worst of the bunch, Horschel, had 15 feet for his birdie. He could not convert, which meant Davis and Scott each had eight-footers to seal the match. Davis, putting from a similar line as Kim, trickled his over the front lip.

"This is a dream come true to be in this scenario for me," Davis said. "I don't want Adam to feel old or anything, but he's been a childhood hero of mine really right from when I started to taking golf seriously. To play with him is a dream come true. To play great golf alongside him is even better. I just, you know, can't imagine -- well, it was hard to imagine myself being in these shoes right now, and I'm loving every minute of it, because it's been absolutely awesome."

To their massive credit, the International team has remained relentlessly positive throughout this entire week. Through two days, that passion appeared downright quixotic in the face of an unflinching American side. On Saturday evening, however, the positivity morphed into a more powerful emotion: belief.

"To beat a team like that today, I feel like tomorrow we're going to have a lot of momentum going in," Kim said.

The Americans, it should be noted, are hardly panicking. Annoyed at the finish, sure, but supremely confident in their position. Thomas, who has paired with Spieth to go 4-0 so far this week, was quick to note that despite the drama at the finish, the U.S. still hold a four-point lead heading into singles, where they have historically dominated.

"I think we're going to be playing a little pissed off and try to go win 12 points and see what we can do," he said.

Spieth took it a step further.

"I said it in the cart ride on the way back in. I wouldn't pick any of their players to play against any of our players and take them by any means. You put any of our guys against any one of theirs, I'd still tell you I think our guy's going to win."

Neither of those quotes veer into the territory of being disrespectful, but there's a certain edge to them—an intensity that was missing for the first two days. That's what happens when a seemingly insurmountable advantage shrinks in an instant. Game on.