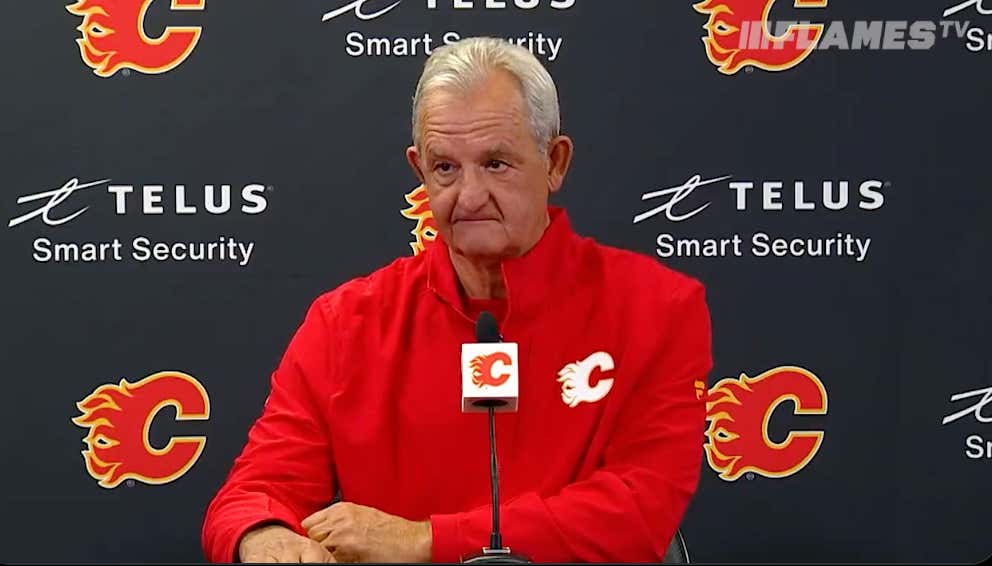 NHL training camps are getting underway this week all across the league. It's a good chance for players to work themselves back into playing shape before the regular season starts. But the best players in the world never seem to have to get ready for the season, because they're always ready naturally.

Nobody stays ready for a season of dealing with the media quite like Darryl Sutter.

Jeeeeeesus, dude. Just buried the dude square in the numbers. I haven't seen a cheap shot like that since the last time I watched Matthew Tkachuk play hockey.

It's hard to blame Sutter here. The man lives and breathes Alberta. He was born in Alberta. His family owns a 3,000 acre Sutter Family Farm in Alberta. He coaches in Alberta. Everything about Darryl Sutter is Alberta. So he probably can't fathom why Matthew Tkachuk would force his way out of Calgary. He can't, for the life of him, figure out why he'd rather be in sunny Florida right now than ranching up some cattle in 'Berta. You turn your back on Alberta, you turn your back on everything that Darryl Sutter stands for. So clearly he's going to hate the shit out of Matthew Tkachuk now and bury him like that every chance he gets. He also didn't tell a single lie.

November 29th should be a good one to keep circled on your calendars.