I have to admit I have had some improbable wins recently. They include a pretty wild win last Friday on Florida State TT OVER. With a back up quarterback and all, the Seminoles got it done. I know as a longtime gambler soon the breaks will stop. The ebbs and flows of this thing are apart of the game. Either way right now, let's keep the good vibes going. Currently I am 6-2 on my blog breakdowns this season in college football.

Tonight I am focused on a late start between UTEP & Boise State. Currently on the Barstool Sportsbook, Boise State is a 16.5 point favorite and the total is 45.5. 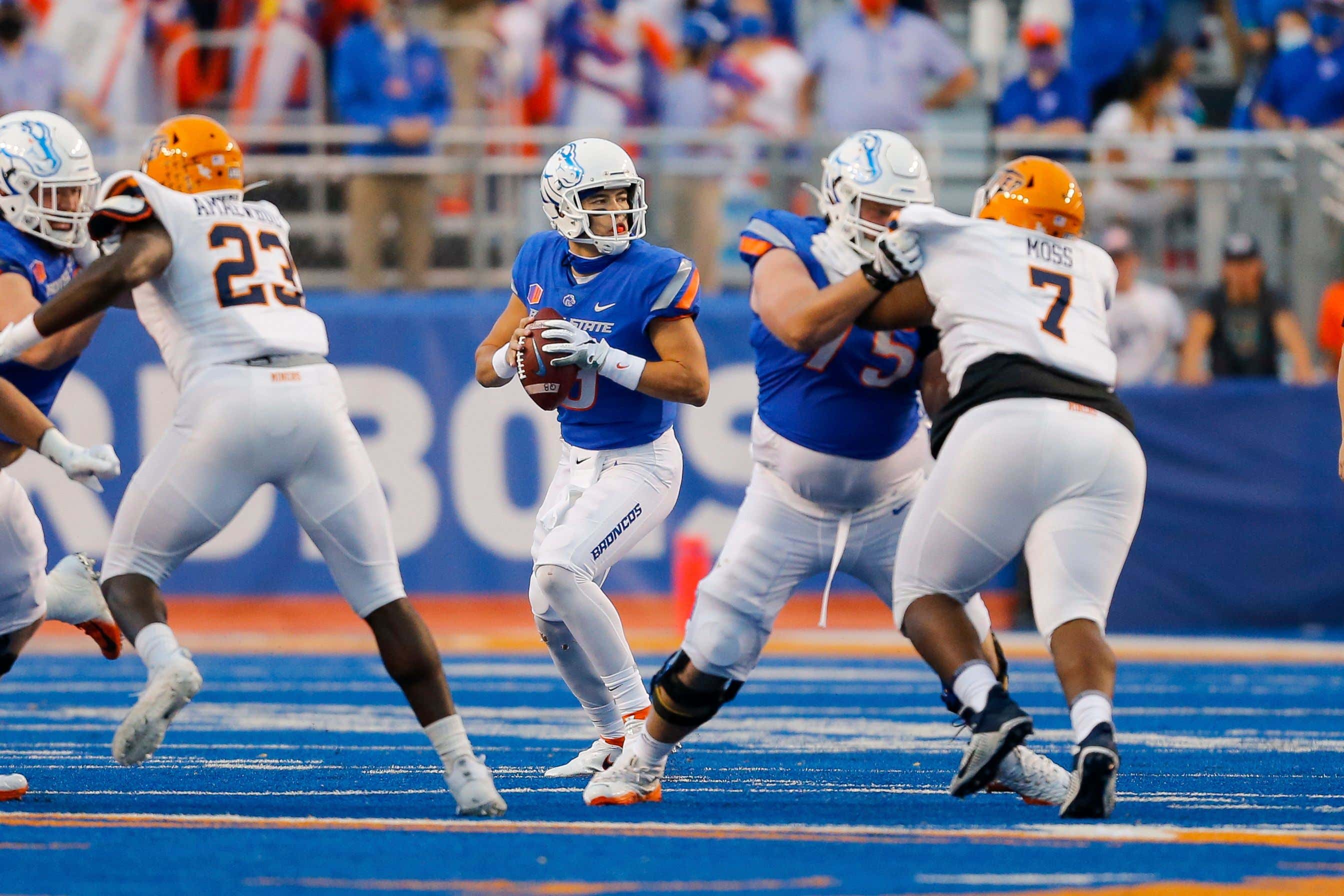 It's been a weird season for Boise so far. They just don't look like the same team do they? If you've watched them they look disjointed at times, QB play hasn't been great, the skill positions have been lackluster, and they seem to not quite know what the game plan on offense is. There also was a recent comment from their offensive coordinator that they want to "huddle more" and try to establish the run. QB Hank Bachmaier has struggled at times to the point of being benched in game 1 in a loss to Oregon State.

The tempo for the Broncos has been much slower and they've really struggled in the red zone. In 13 red zone attempts so far this season, Boise State only has seven TD's, which is not good. They have settled for a lot of field goals and things have went haywire when it matters most. The slow pace have play has really seemed to put them in a spot where they have struggled to get a ton going, and it looks like it was continue, per the comments earlier this week. Defensively they have been pretty stingy. The run defense has been terrific at times and the secondary has been solid. Over the last two games, Boise has allowed 51 total rushing yards, pretty fuckin impressive.

UTEP has been an abject disaster on offense so far. This unit blows. QB Gavin Hardison has a completion percentage of just 49 percent and has thrown more interceptions than TD's. This group just can't move the ball and really seem to be missing Jacob Cowing at WR, who transferred to Arizona. They also have really struggled running the ball at under three yards a carry. The issue for UTEP is just putting drives together, and have only been to the red zone eight times in four games. They also have only converted 30 percent of their third downs.  On defense there's actually room for belief, returning eight starters on a team that was pretty solid last year on that side. Take out the game against mighty Oklahoma and they've done a pretty solid job.

Neither offense has been flashy either, both have only had two plays each of 40 yards or more this season.

Many people will point to the 54-13 win from Boise State last season. Remember this, Boise had a punt return for a TD, not likely to happen tonight. They also had Khalil Shakir go off for 166 yards on 7 catches, he's gone and in the NFL. UTEP also got a TD an a huge game from Cowing, who as I said is gone also. UTEP is very much the same team that only scored 13, in fact they are likely worse. Boise St just doesn't look like the same team without Shakir and they seem too all over the place to think they can put a big number up.

I think this game is like 28-10/31-10… I played the UNDER 45.5. Either way, good luck. If you want more college football talk, check out my weekly show at 4pm EST on the Barstool Sportsbook Youtube. Here's the link for this week: