The Dodgers beat the Dbacks last night 3-2 with a dramatic walk off 9th inning. If you only see the box score or don't follow meaningless late September west coast baseball then you're sure to miss the meat and potatoes. And that my friends is the beauty and grace of Zac Gallen on mound.

I've been pumping him all year on Starting 9 and Hot Ice but understandably that's just not enough. I haven't done my part. I need to start a full on Zac Gallen campaign and formally name myself it's president, co-founder, treasurer and director of admissions. Right now it's me, Rico, Big Ev and Snake. That's the 4-man Zac Gallen crew and I'm looking for more bodies. No pussies though and you have to be super chill because that's how Zac likes it.

13 K's last night in 8 innings of 2-hit baseball against that Dodgers lineup is more than just a video game. He was throwing 90mph cutter/sliders last night that hitters missed by several inches. Not even a gimmick either. We're talking about good hard sliders over the plate with huge whiffs. Big ones.

His second half has been absurd. 1.15 ERA behind impeccable command of his breaking stuff. He's throwing both slider and curve more than usual, on trend across baseball in 2022. Fastball usage is down from last year but he's using it as effective as ever in his career. Here's the 2019 distribution: 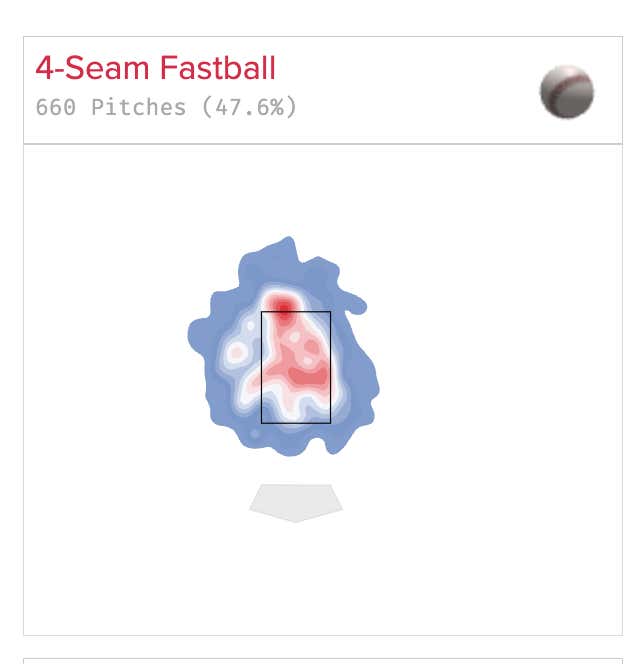 Most at the top. Kinda/very inconsistent within the strike zone. Some weird red spot away from lefties that quite literally shows you he's afraid to pitch to contact because there's blue on the edges of the strike zone, but red outside of it? That's why there's more fastballs over the plate because he's not commanding good ones on the edges. Whatever he's young and talented at the time of this heat map and still, it's 15 starts that he pitched to a 2.81 ERA.

Now let's look at this season: 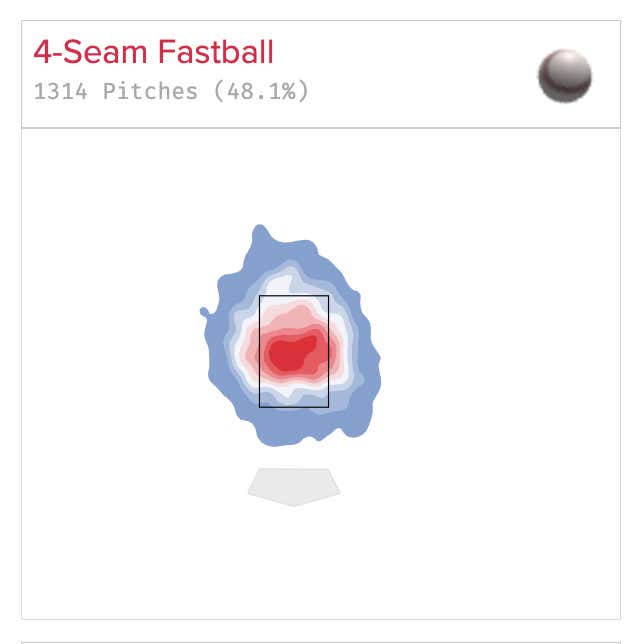 Look at that masterpiece. Honestly just look at that even perfect distribution. He's not nibbling at the bottom of the zone any more. He's pushing his four seam to the edges and upper part of the zone. That plays better off the cutter and curve, and then opens up the bottom third for the changeup which he throws so effectively. Just an unbelievable arsenal that's all enabled by profound command of the fastball.

Have a gander at his baseball reference page. You'll be delighted to know he's a regular dude from New Jersey that likes going to concerts and hanging out with the boys.

Good convo here on Starting 9 with the dude.