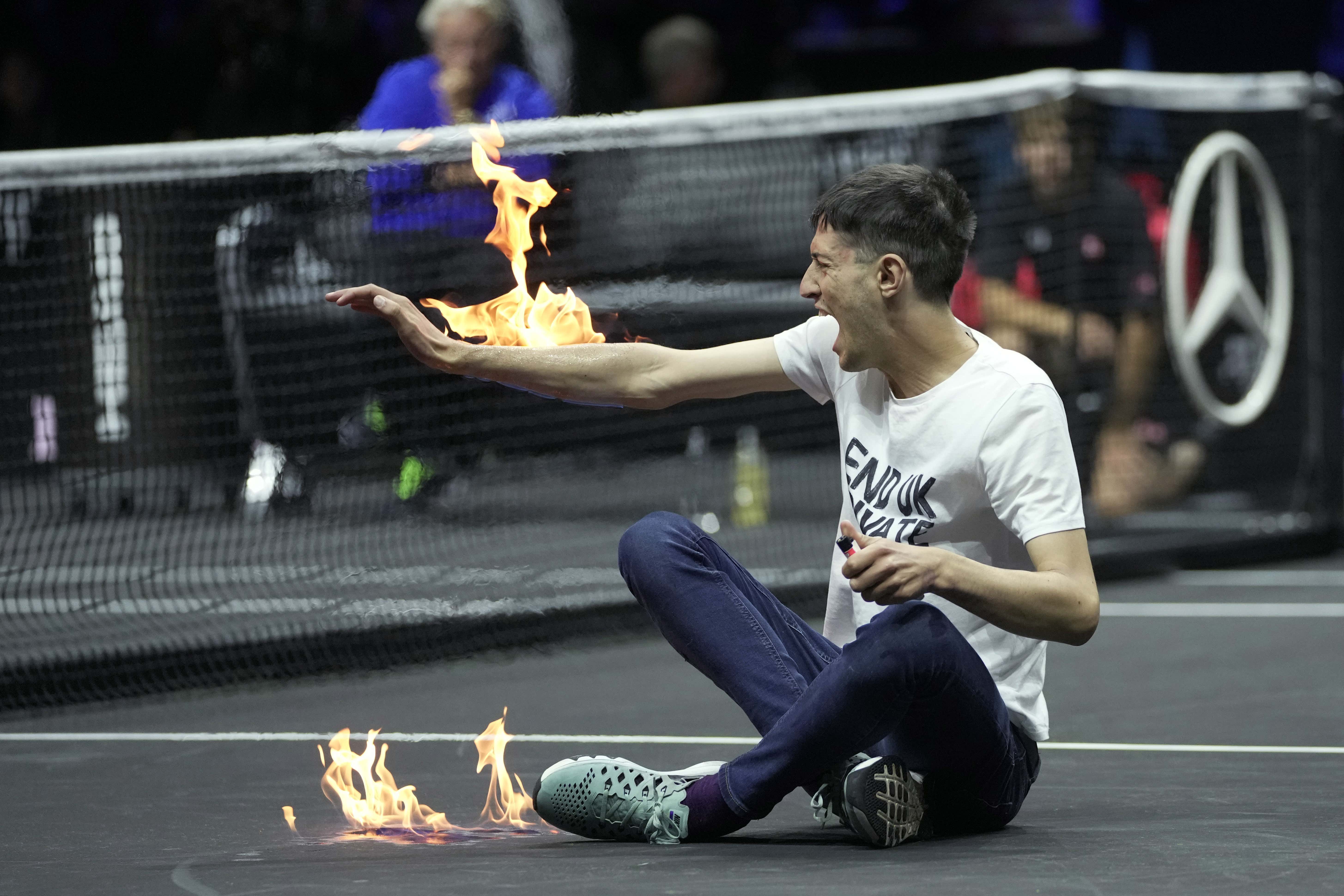 A protestor has set himself on fire on a tennis court just before Roger Federer is due to play his last ever match at the 02 in a shocking incident.

The climate activist set his right arm alight in the middle of the court to protest the use of private jets in the UK.

The 20 year-old protestor, named Kai, is a member of the End UK Private Jets group, which claims that 'carbon emissions in 2022 are genocide.'

What an absolute clown show. Hey asshole, no one cares about your climate change bullshit today. It's all about the king, Roger Federer playing the final professional match of his career. Nothing else matters. If the Queen had died today it would still all be about Federer.

Moron strolled over to the middle of the court and set himself on fire in response to private jets? Pretty sure he just meant to set the court on fire, but I'm happy his arm got in there as well. You deserve all that and more for trying to steal shine from Roger's day.

I'll give him some points for going full Dave Portnoy dead-fish as he was dragged out but that's about it. 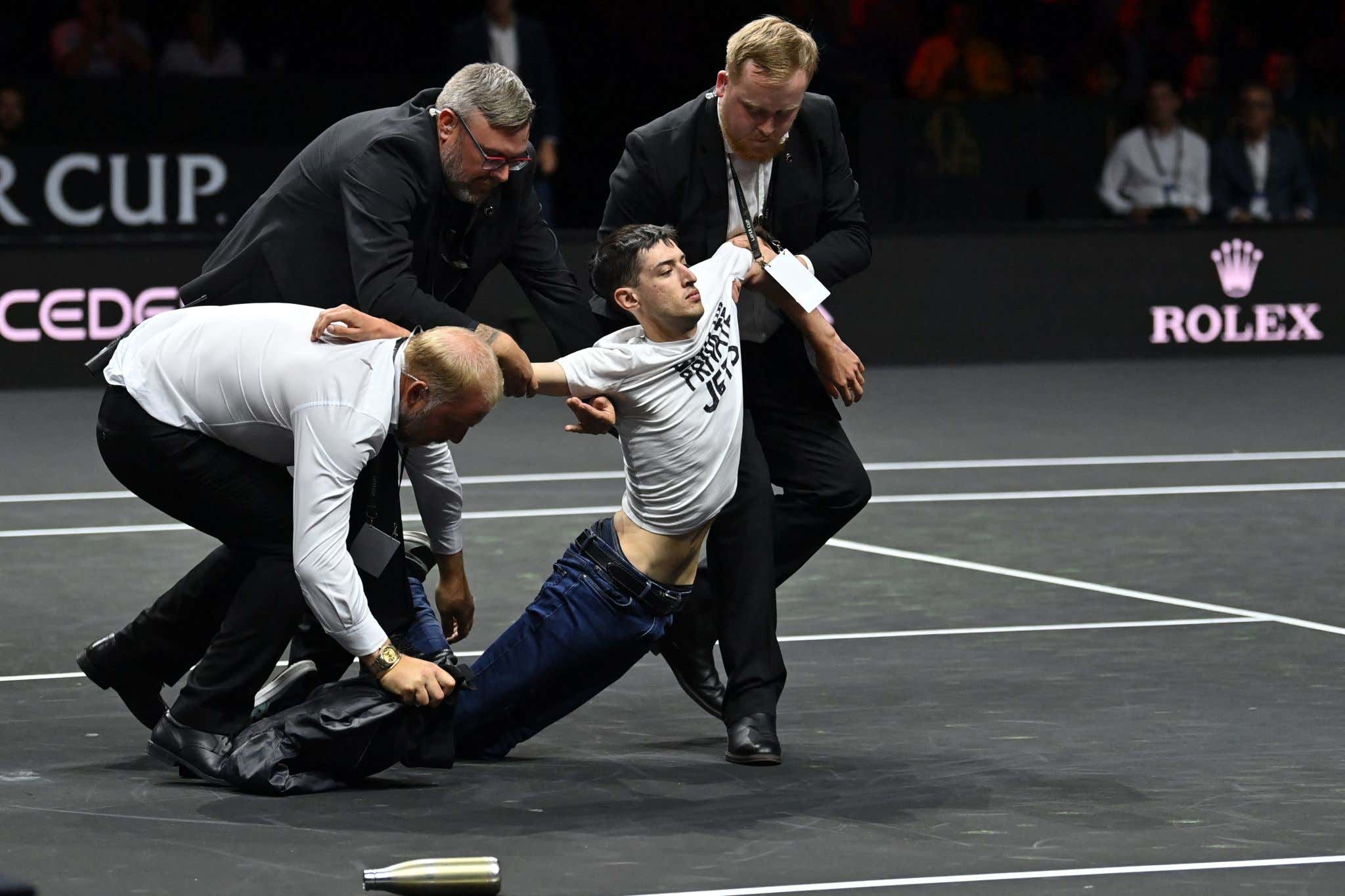 I hope he enjoys prison while Fed heads back to Switzerland on his beautiful private jet.