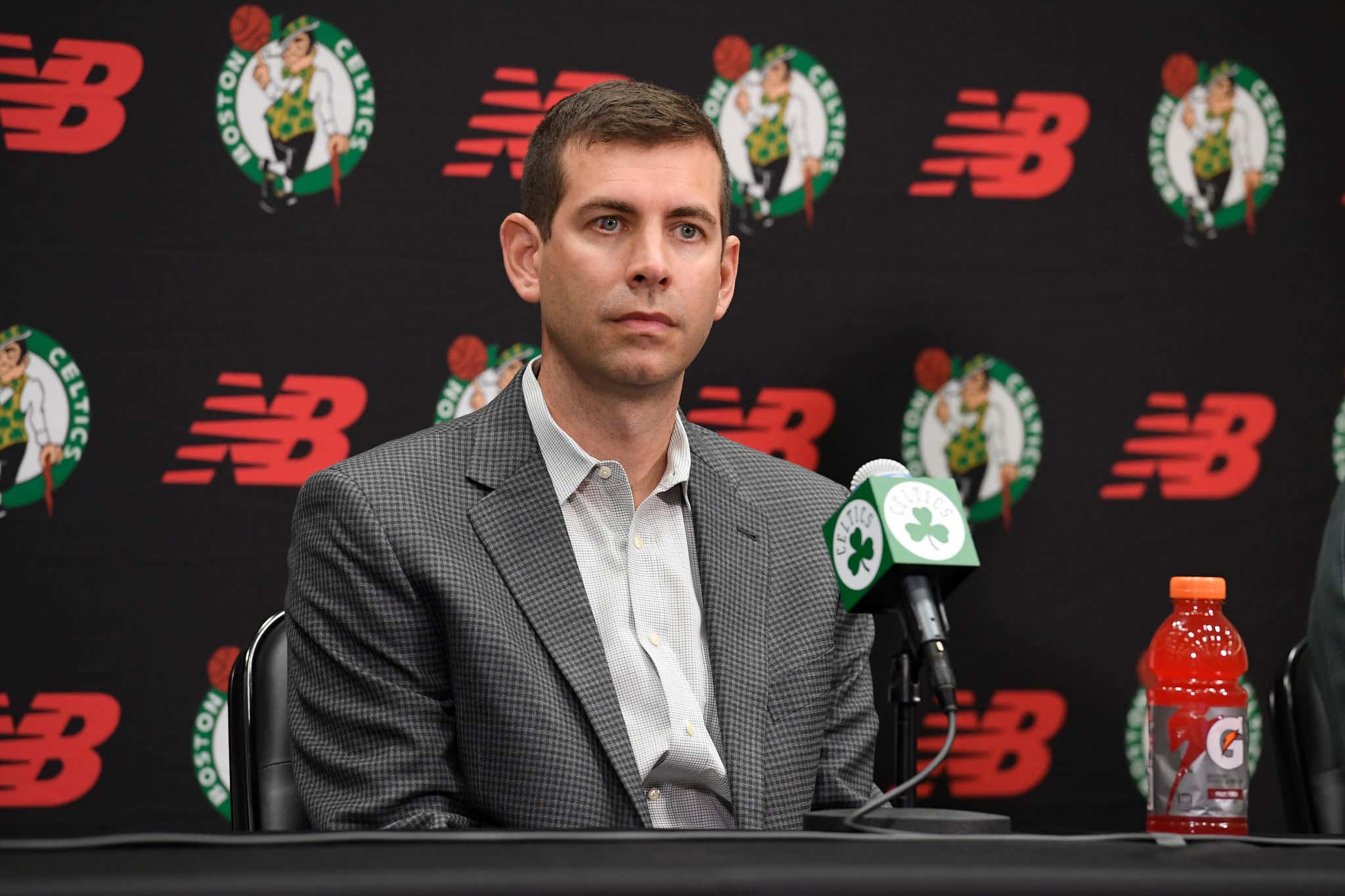 The second Woj broke the Ime Udoka news, the Boston Celtics as an organization was on the clock. With how vague the initial reporting was, the internet obviously did what the internet does and speculation was everywhere. The longer the team went without addressing it the worse it seemed to get. Based on what we were being told, their silence and the rumors about their punishment didn't really add up. Hours and hours and hours went by and we still had nothing.

Then last night they formally announced that Ime was suspended for the year and that his long term status was still up in the air. That was it. A quick statement and then nothing. I wouldn't exactly say any of the questions most of us had were addressed.

Not too long after the Celts formal announcement, we got this additional reporting from Shams

Some members of the Celtics organization first became aware of the relationship in July, sources said. At that time, team leadership was led to believe by both parties that the relationship was consensual. But sources said that the woman recently accused Udoka of making unwanted comments toward her — leading the team to launch a set of internal interviews.

The team’s decision and announcement came after a closed-door meeting Thursday that involved team owners and president Brad Stevens and lasted several hours, sources said. Earlier Thursday, Stevens and members of the Celtics front office met with players at the team facility.

Obviously, this sort of changes the idea that this was truly a fully consensual relationship so I'd say it's a pretty big deal. It's why when the suspension news dropped I blogged about how there had to be more to the story and the Celts were probably still in the process of gathering information. You suspend him now (it had to be something bad enough for a year), and based on what you continue to learn, maybe you have to fire him at a later date. Granted, that's just me speculating because how the hell would I know? None of us are involved in those internal discussions and we're all just guessing.

This is why today's press conference was a big deal. I would argue one of the biggest pressers of Brad's career. Let's dive into what we learned.

Right off the bat, you could tell there was a little bit of word vomit to start from Wyc. He was clearly pretty fucking nervous as you can imagine. While I think most people wanted to know the details, there was no shot we were going to have everything laid out today. What I found interesting here is that the Celts hired an outside law firm to conduct the investigation. That's exactly what we all want organizations to do when this stuff comes up. Based on their findings, the team dolled out a punishment they felt was warranted. That's how these things should happen.

If you want to know why many feel Brad is the right man to lead this team, just watch this clip. Listen to his voice. The man was fighting back tears while talking about all speculation on Twitter yesterday. You know when he unloads a "bullshit", that he's not fucking around. This was a pretty huge press conference for Brad and he couldn't have handled it better in my opinion. I don't think I've ever seen or heard Brad this upset/emotional and it's as genuine as it gets. This isn't just a basketball issue, these are real people with real lives and it's clear Brad truly cares about what's most important.

The timing of all this is important. This confirms Shams reporting from last night that the team first learned about this in July, and based on Wyc's answer they started the investigation immediately by that third party law firm. That matters because the last thing you wanted to hear was that the team tried to bury it once they learned about it. That would be fucked up.

When he went on to say that as the person who makes the final decision, he felt that this decision was "well warranted" which tells us that this isn't your standard office hook up. That doesn't warrant a year long suspension and possible firing I don't think, so things are clearly more serious than we the public know.

The money part is whatever, I don't give a shit about that. What I do care about is the multiple violations. Wyc confirmed here that the wording in their statement last night was intentional. Now, this could mean anything. It could be the team told Ime to cut the shit and he still did it and lied about it, there were multiple instances with different people, who knows. But the cumulation of everything clearly factored into their discipline decision.

Given the fact that he used to be the coach, you knew this question was coming and I loved how Brad handled it. What I didn't love was Wyc trying to make a joke and chime in with "we had a brief one". Wyc, just be quiet! Literally one second before Brad said "absolutely not", and you're going to undercut him like that? Yikes man.

This was where I thought Wyc was maybe a little nervous and he was just trying to lighten the mood or something. Maybe read the room the next time or something because this isn't exactly the time for joking around.

In terms of Brad's overall thought on the matter, I think this is the best route. He's the boss now. It's his job to find the right coaching replacement not come downstairs and run things again. Those days are over. If he believes that's Joe Mazzulla for the time being then so be it.

I like how the team didn't run from this. It's going to be part of the story with Mazzulla taking over and something he'll most likely have to speak to during their Media Day on Monday. Again, Wyc, stop interrupting Brad. Nobody cares that they are now the Maine Celtics, that could not matter less. We all know that.

This is an area where I think there's a true difference between Brad and Ainge. Ainge probably would have tried to skate this question, Brad embraced it.

My guess is there's some meat on the bone to the Frank Vogel rumors from yesterday. Has a connection with Brad, has head coaching experience, is a defensive minded guy. We'll probably get that news any minute.

On the team side, this is the biggest thing. How the team and the players are able to handle this situation and stay focused is going to determine their season. What their culture is moving forward and how this impacts it starts to matter when it comes to players wanting to remain a part of the Boston Celtics. There are ripple effects to stuff like this that touch every part of the organization. I think you're a little naive if you think it wouldn't impact how players may think/feel moving forward. Ime was essentially hand picked by the players. Wyc talked about how everyone was shocked and upset and all that stuff, so who knows what that means moving forward when it comes to free agent decisions/trade demands etc.

Yeah, sure seem like the Ime Era is over.

The biggest takeaway I have from this entire thing is clearly things were way more serious than was initially reported. Could that have been some sort of PR favor to help Ime? Only Woj knows the answer to that question, but given everything that has been reported and talked about since, it feels like that wasn't the whole story which is pretty dangerous. That's why I never understood killing the franchise for suspending Ime for the year. They knew the details we, don't. If they didn't have to suspend him for the year, they wouldn't have. That alone should have told everyone that there was something more serious going on.

We'll hear from Joe Mazzulla/the players on Monday and it'll be interesting to hear their perspectives. Are they going to address it? Avoid it completely? This isn't exactly a situation that is going away any time soon, and most likely it'll follow them the entire year. They may want to just turn the page and focus on who is there, but that's not really how real life works.