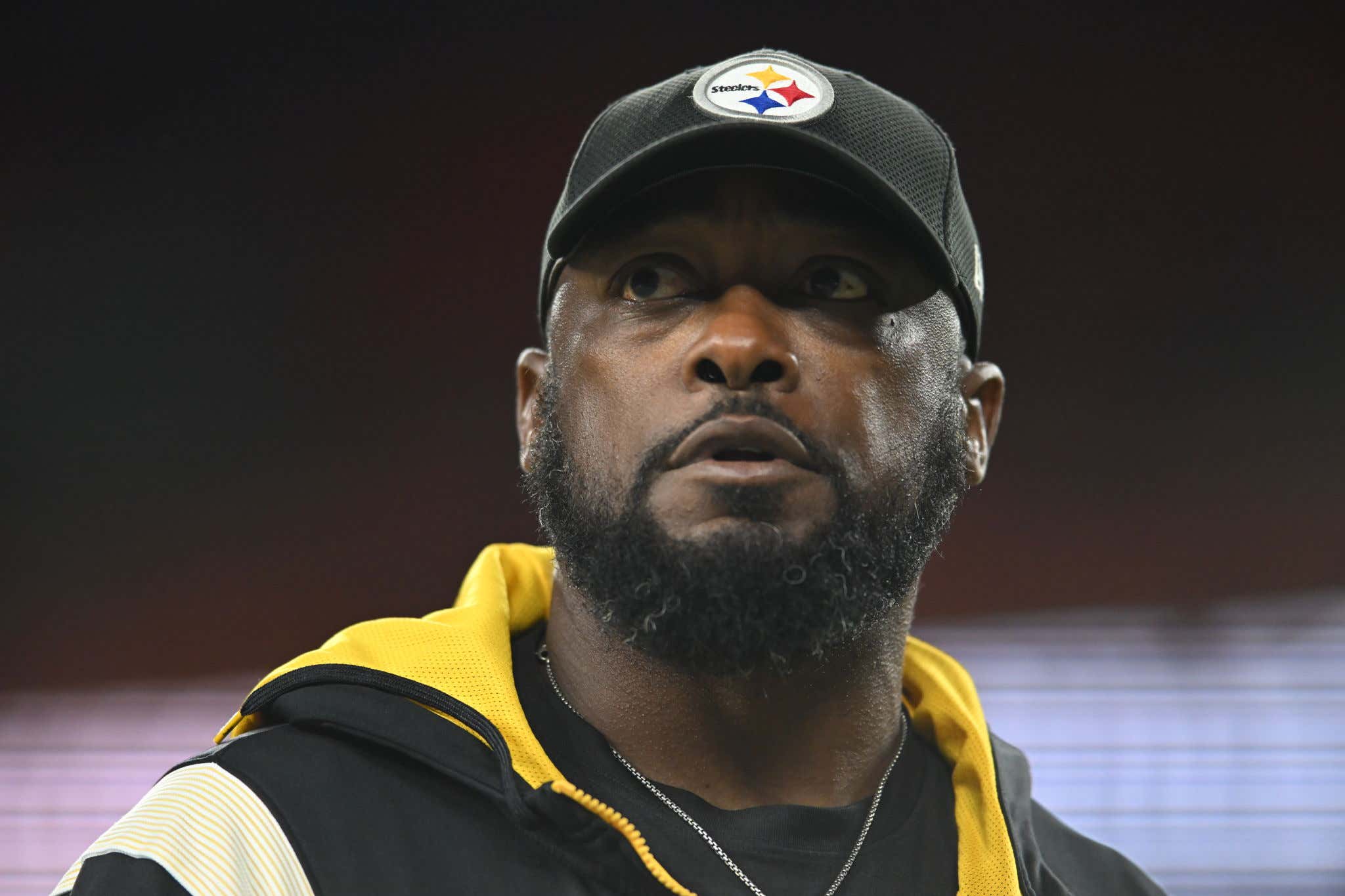 HEY MIKE TOMLIN! Don't know if you and your crazy eyes have been on Planet Catatonia for the past decade give or take but you actually have a young first-round quarterback waiting in the wings! It doesn't have to be this way! You don't have to hand the keys of your offense over to Mitch Trubisky just because you "promised" him he'd start in 2022.

Tomlin must think that because he took the decision on who would start Week 1 so down to the wire that he must stick with Trubisky and not "panic" or whatever. We're well past that point, Mike! LOOK AT THESE NERDY NUMBERS, READ 'EM AND WEEP!!

Reading the subtext of Mike Tomlin's exchange with the media, it comes across as, "I've never had a losing season. I've won games with Duck Hodges and Mason Rudolph as my quarterback. Nobody is going to tell me what to do, especially not some reporter or fans outside of my locker room."

And yeah it's arrogant and stupid and pridefully rigid. Being stubborn for the sake of it. Refusing to evolve and not acknowledging the reality in front of you. That's what has essentially happened in Steeler La La Land when they clung to Ben Roethlisberger for dear life just because.

Time to turn the page. It's the perfect time on multiple levels. Don't believe me? Look at what happened at the start of 'Bisky's career. The Bears paid Mike Glennon starter's money and proceeded to come out of absolutely nowhere to draft Trubisky. Glennon was TOAST by Week 4 in 2017 in favor of Mitch.

Well guess what? Thanks to this Thursday night debacle of a 29-17 loss in Cleveland, the Steelers have multiple extra days to prepare for their next opponent, the oh-so-intimidating New York Jets. A golden opportunity to trot Golden Boy Pickett on out there.

I can't imagine Pickett — even as a rookie — playing with less poise from the pocket than the guy currently under center in Pittsburgh. Allow me to direct you to a few more pieces of proof for that, courtesy of ESPN's nerds and ex-NFL QB J.T. O'Sullivan:

So yup, the George Miller-directed smash hit to describe Trubisky isn't a fun parody of the Mad Max franchise affirmatively transformed to Mad Mitch, but instead, simply…

Happy Feet. Mitch bails from a clean pocket faster than anyone I can recall, which makes it difficult for him to have consistent footwork, precision and timing within the structure of the play design. It's not like he has some all-world arm strength, either. Explosive plays will be few and far between even when Trubisky is improvising and affording wideouts extra time to get open in scramble drills.

How bad must Pickett suck in practice for Tomlin to be this averse to starting him? It must be to Tim Tebow standards or thereabouts. Nothing else makes sense. Tomlin MUST have had a high opinion of Pickett after seeing him up close and personal at the same facility for five years. He had to have signed off on drafting Pickett in Round 1. Did all that goodwill go out the window?

It'd be one thing if Pickett were like Trubisky and only a one-year college starter. This dude was a Pitt Panther for five years. Tons of experience. By most accounts, pro-ready thanks to high marks in processing, field-reading, anticipatory throwing and accuracy.

Also WTF is the plan if Trubisky is the guy going forward for the next little while here? Beat the Jets, maybe. Good luck thereafter. Trubisky's ensuing month is a disaster waiting to happen: at Buffalo, home vs. Tampa Bay, and then on the road for the Dolphins and Eagles before the Week 9 bye. I'd rather Pickett get a taste of facing elite competition, get some mistakes out of his system and be refreshed off the idle week to close out the year strong. Trubisky ain't gonna do shit anyway against all those teams. That's my take.

Look, I saw the Steelers beat the Bengals in Week 1 in spite of Trubisky. Knock yourself out, Mike Tomlin, if you want to keep rolling with the "veteran" stopgap guy you barely know. Or you can go with someone you've at least been loosely getting familiar with for about a half-decade and maybe, just maybe, give yourself a better chance to win and an earlier answer as to whether or not your Big Ben succession plan is still a shit show.