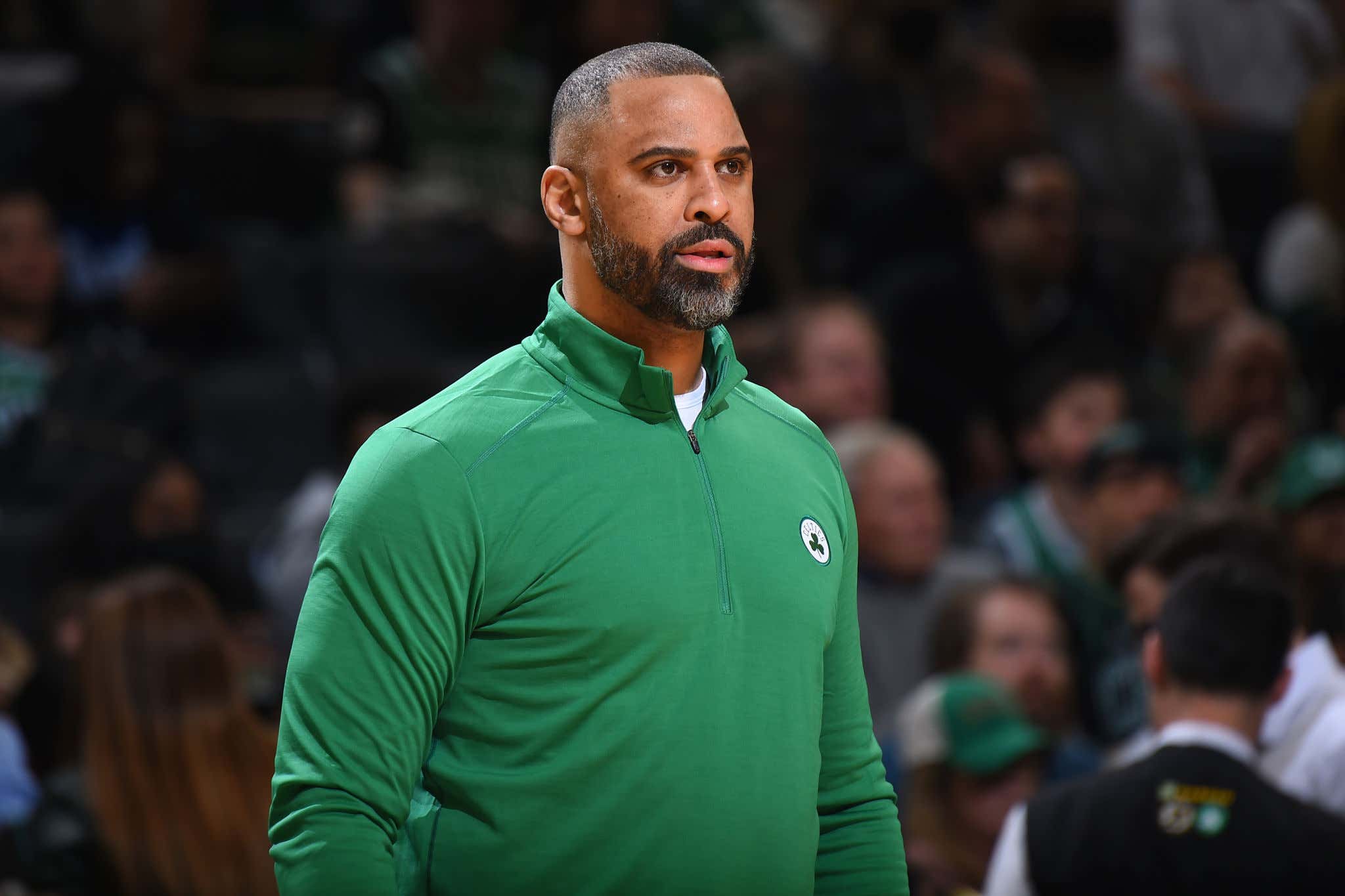 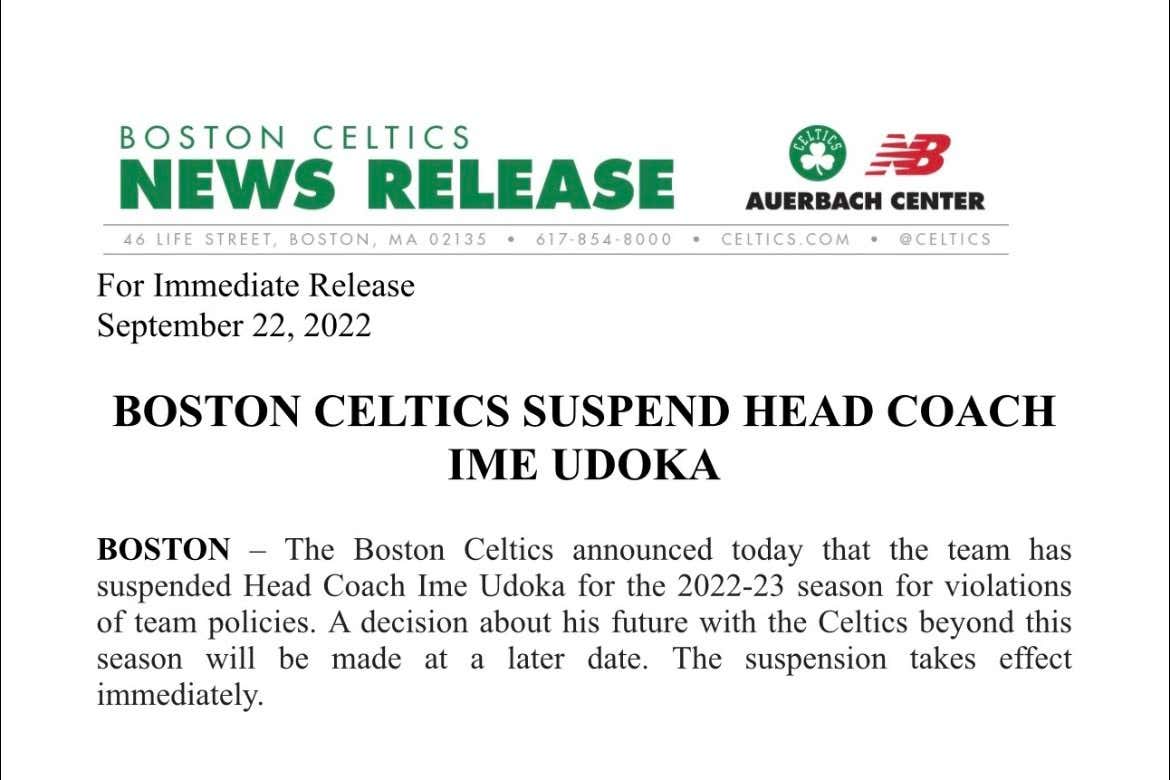 And there it is. At this point we pretty much new it was coming after Woj told the world a few hours earlier on ESPN

I imagine it took some time to get their ducks in a row and here we are. Ime's gone for the season at a minimum. There's just as likely a chance he'll never coach in Boston again as there is we see him in 2023. Who the hell knows? We still don't have the details around what happened, they weren't ready or willing to fire him in the moment, so what could change at a later date? That makes me think maybe there's still some investigating going on. You suspend him in the meantime while you continue to figure all this shit out, and maybe things change when you're done.

There may be some who are upset that the organization would do something like this, and I get that. But that anger would be misplaced in my opinion. You think Brad/Wyc wanted this? No chance. Ime made his choice and this is the result. It sucks, but it's not a surprise. We've known all day that this was most likely where we were headed. I may think the Celts are overreacting here, but I understand why they have to and I'm not mad at them for it. They know the details and we don't. My guess is if they didn't feel a year long suspension was warranted, they wouldn't give it. Why on earth would they sabotage their own season, one where they have title hopes, unless the details warranted it? I feel like that's a break the glass in case of emergency type move. It's not the first thing on the table, it's the last option other than firing him.

That's why I think there's still more information gathering going on. It makes no sense that he could do something that's not bad enough to get fired but bad enough to not let him work. You read the team's statement and how it's worded, that doesn't tell me it's an open and shut case just yet. When you look at it that way, it makes sense that he could be suspended and not fired as of September 22nd.

The Celts still enter the NBA season with enough talent to win the NBA title. The expectations surrounding them should not change. The same stuff that made them really good two weeks ago before this all broke still exists. The question will be can Joe Mazzulla run Ime's system. Does he and the rest of the staff know enough to keep things as similar as possible to what made this team click. If so, you can limit the bleeding. If not, well we'll have to see what that looks like. It's not as if a rookie Celtics first time head coach has never had success before amrite?

Let's get back to the issue at hand though. It's annoying that Ime couldn't keep his dick in his pants. He really fucked up on that one, no two ways about it. I can't be having potential NBA title seasons ruined because the head coach of my favorite basketball team couldn't stop being horny. We have enough to worry about when it comes to the 2022-23 season, I can't say I was looking to add "Ime got suspended for getting it in" to the plate. My hope is that come 2023 he's back, the dude was the perfect fit. That's what's so annoying about all of this. The team did it. They had found the guy. The perfect mix with the current roster, things could not have been more promising.

Now it might just go down as an all time Celtics "What If" question, and that makes me want to vomit.