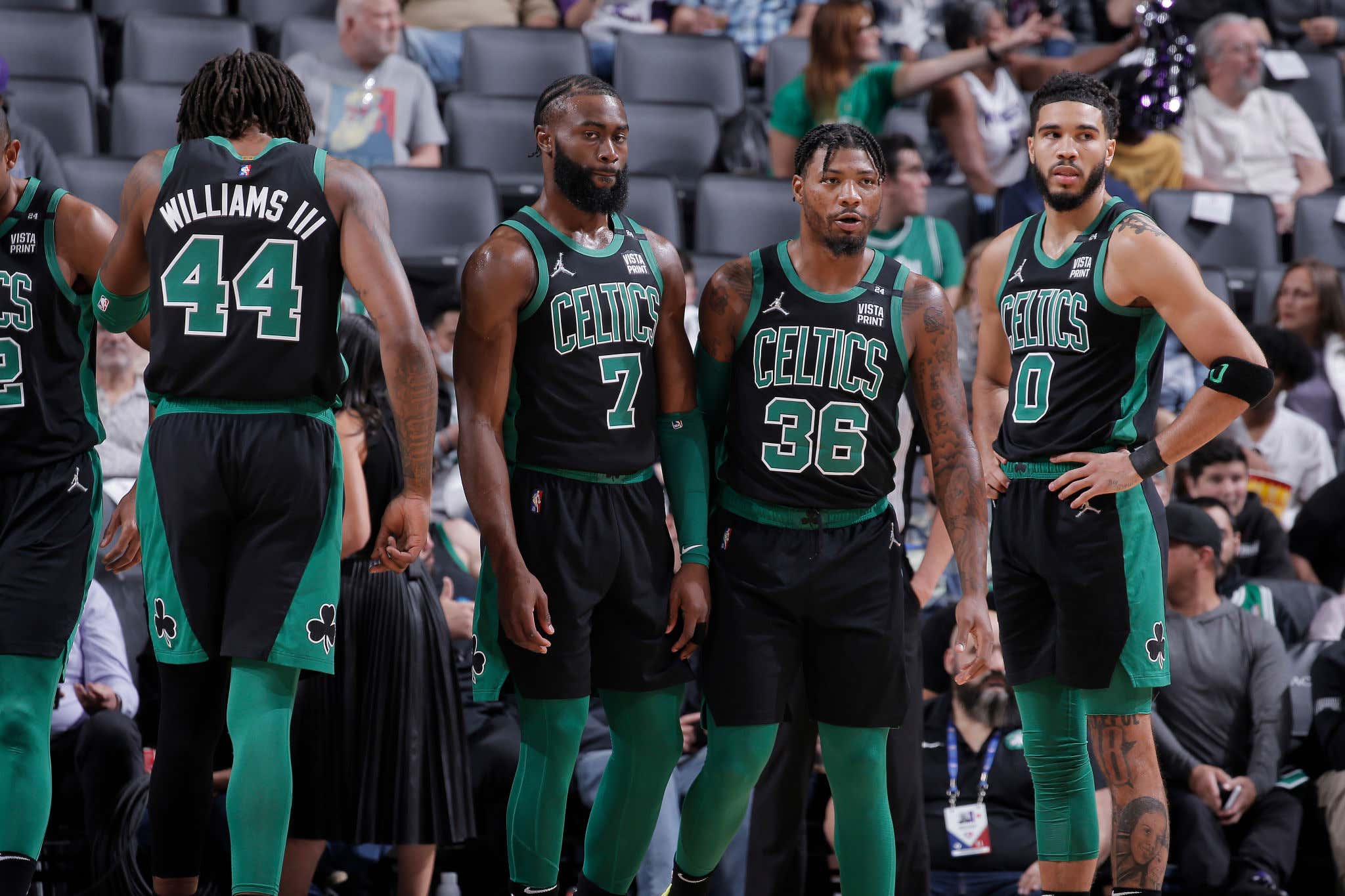 While we all wait for additional details surrounding the Ime Udoka situation, I started to think about the Celts offseason as a whole. It really might be the craziest summer in recent memory. You want to talk about wave of emotions, talk to any Celtics fan from June until today. We've experienced every human emotion possible. When you take a step back and look at everything that has transpired over the last 3ish months, it's wild.

We begin with the pain of being 2 wins away from the NBA title. Losing 3 straight will probably haunt us all for life. A dream turnaround that was only going to end in either elation or devastation did not exactly end how any of us wanted. That was the type of Finals losses that stick with you for a long time. Of all the times the Celts have broken my heart and ruined my life, only the 2010 Finals was more painful.

When we got to July, things immediately changed once we got to free agency. Out of nowhere Brad worked his magic and brought in Malcolm Brogdon for essentially nothing. Zero main rotation players outside of Theis were included. He was the perfect player for what the Celts roster needed from a skillset perspective. We were all riding high.

Then we got the Gallo signing news. He could have gone wherever he wanted and he chose the Celts because he felt they were his best chance to win a title. Another guy who had the perfect skillset for what the roster needed. Brad was pitching a perfect offseason and as fans we could not have been higher.

While this was all going on we got to enjoy the Summer Celts, who are very fun. Things were great.

Towards the end of the month, we got this

and with it came weeks and weeks of bullshit KD trade drama. Jaylen was tweeting cryptic shit, people were leaking info left and right to try and negotiate through the media, it was very annoying. A bit of a downer if you ask me given where we all felt in early July. That shit was exhausting and frankly, I do not wish to go through it ever again.

Those of us who were not interested in trading Jaylen Brown for Kevin Durant went back to being elated once the trade demand died on the table. How much of it was real or how much of it was bullshit didn't matter anymore. Jaylen was staying put and that's what was most important.

That happened towards the end of the month, and from that moment on things have only gotten worse.

During EuroBasket, Gallo hurt his knee. This alone was its own wave of emotions. From disaster to a positive Shams tweet, and then back to a disaster a few days later when Shams told us Gallo in fact tore his ACL. Talk about a gut punch. Losing a guy who was planning to have a legit regular season role for the entire year is never great. Who could have known it was only a sign of what was to come.

Things started off OK. We were getting some legit Celts workout propaganda that definitely scratched our collective basketball itch. But then….

At this point, things were certainly piling up. The good feelings from early July felt like a distant memory. Obviuosly it wasn't season ending or anything, but any time you put Robert Williams and knee surgery in the same sentence, it's cause for concern. Given how important he is to what they do on both ends, I wouldn't kill you if you were a little depressed about it.

Talk about a week from hell. As it stands now the Celts could be without Ime for an entire season and maybe even forever. The whole thing is a disaster no matter how you want to spin it. All the speculation and shit going on Twitter is as gross as you would expect. People's names are being thrown around, media people are tweeting shit implying certain things to clearly get engagement while being too afraid to actually say what it is they "know". It's all bad. From the basketball standpoint, training camp opens in less than a week. This is in no way what you're looking for right now but it's the Celts reality.

How quickly things have changed for this team in just 3 months just goes to show you how nuts the offseason can be. One minute you are on top of the world because it looks like your GM pulled some magic and made a title contender even stronger. The next minute we're being told about how Ime was fucking around and might be gone for good? Like I said, talk about a wave of emotion. I can't remember any offseason like this. We've had big trades and surprise signings before, but when you add it all up from the elation we all had in July to what we are all feeling right now, it's bananas.

At the end of the day, the Celts talent still exists. As long as Tatum and Brown are alive, this team should still be pretty damn good. At the same time, you never know how stuff like this will impact the locker room and all that shit, and that's definitely a concern moving forward. We also have no idea what the details surrounding Ime are, so things could get even worse if those ever come out.

The entire summer has rapidly turned into one giant clusterfuck. It's so Celtics it hurts. Things just can't go smoothly for this team for whatever reason. Whether it's choking late in Finals games offensively, trade rumors, injuries, or apparently even their coach getting it in, they just refuse to make things easy on themselves. It's truly remarkable.