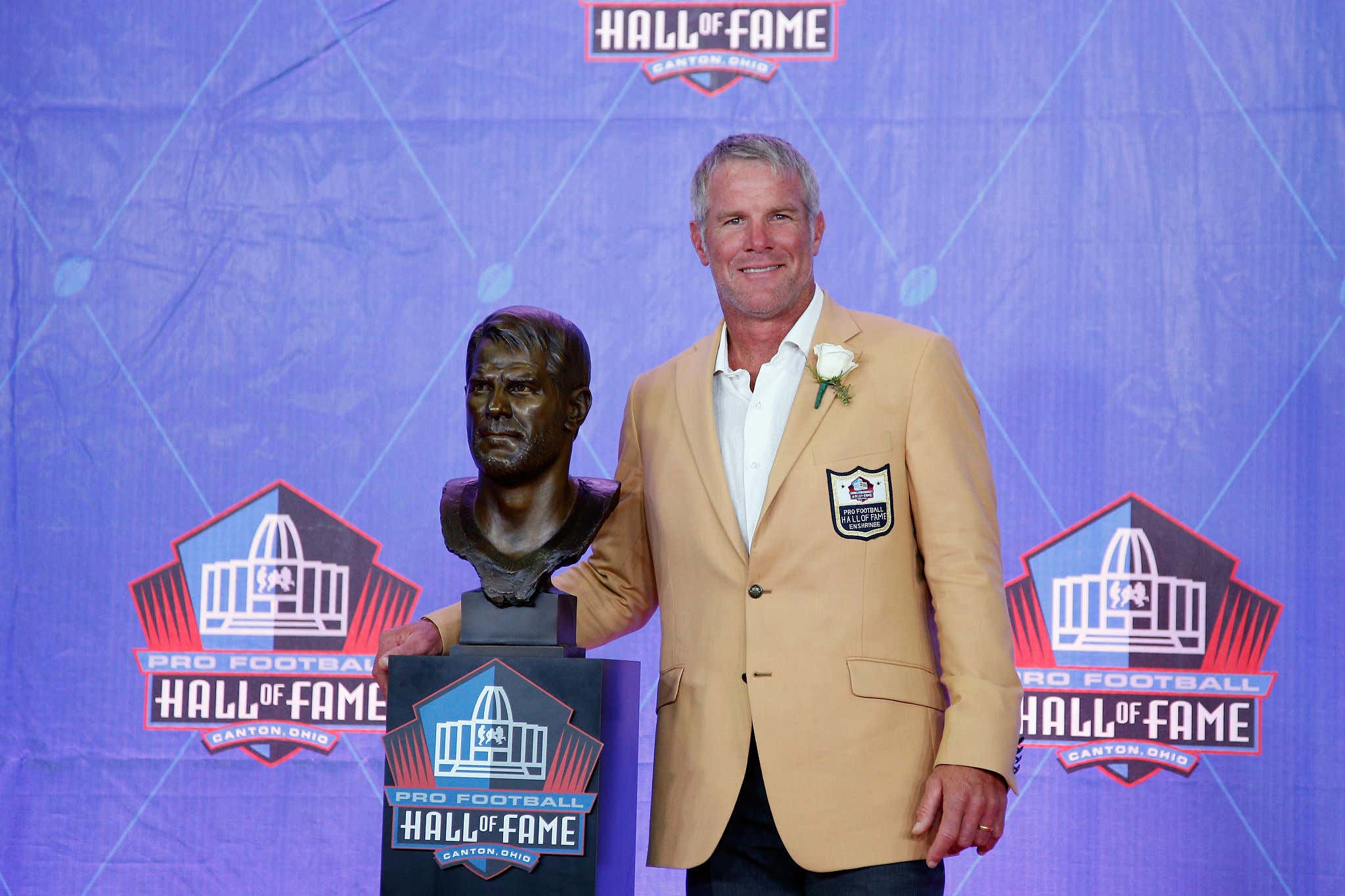 One of the oldest and truest axioms in politics is that there is never a good time to get charged with defrauding the poorest people and the taxpayers in America's poorest state of $5 million so your daughter can have a nice place to play volleyball. It's as true now as it was back in Lincoln's day.

And if you're Brett Favre right now - and I can assure you you're better off being yourself at the moment - this is one of the worst possible times. If a quick check of Twitter is any indication, his name is trending not because millions of adoring fans of Southern Miss, Green Bay, Relaxed Fit [tm] jeans, and unsolicited dick pics are going online in a show of support. It's because the Ol' Gunslinger's situation is being compared to every other supposed sports "scandal", past and present:

Which means it's going to be both politically and socially advantageous for the officials prosecuting the allegations against the Ol' Mississippi Riverboat Gambler to throw not only the book, but the entire Library of Congress at him. No matter how many consecutive games he played.

But angry Tweets that make good points are the least of Brett Favre's problems. (Note that I still observe the broadcast rule from his playing days where everyone always referred to him by both names. Because simply calling him "Favre" would be like shortening Superman to "Man.") One of the key targets of the investigation has struck a deal and is prepared to do what white collar criminals always do: Sing like a bird to save his corrupt, phony baloney hide:

Source - A key figure in Mississippi’s welfare spending scandal has pleaded guilty to federal fraud charges under an arrangement that signals he may be cooperating, according to court records.

John Davis directed Mississippi’s welfare agency while it doled out millions of dollars in federal welfare money to projects investigators now say were improper, including a new volleyball facility requested by former NFL quarterback Brett Favre that benefited his daughter.

According to court records, Davis agreed to plead guilty to conspiracy to commit fraud and theft — charges that together carry a maximum of 15 years in prison. …

Davis worked for then-Gov. Phil Bryant, who has consistently denied that he was aware that federal welfare money was being used for the projects. …

Davis was involved in discussions with Bryant and Favre about securing millions of dollars for the volleyball facility. Favre also secured $3.2 million for a drug company in which he had invested, according to court records. …

Nancy New, a former nonprofit executive who also is cooperating after a guilty plea, distributed the money in consultation with Davis and the governor, court records show.

In complex investigations, prosecutors often try to secure cooperation from some defendants who they hope will testify against people who directed them.

A key point I need to pause to make is that Brett Favre is denying everything just like ex-Gov. Bryant. And neither have been charged as of today. So, just to make our legal team feel all warm and happy deep in their lawyer hearts:

Please consider those qualifiers to be sprinkled liberally throughout as you read this blog. And maybe it's entirely possible they don't have the goods on BrettFavre, despite all the damning texts, bank records and now cooperating witnesses. But it certainly sounds like he's in for a tougher fight than he ever faced from the Vikings secondary or the Giants NASCAR front. Dirty kleptocrats who look like Brando late in his life and are looking to shave time off a 15-year sentence aren't exactly known for their willingness to take a fall for somebody they fed millions of state funds to. And are the last people you want to pin your hopes on to protect you. Even Henry Hill flipped on Paulie Cicero and Jimmy Conway, choosing a life of egg noodles and ketchup over loyalty. What chance would anyone have of keeping John Davis and Nancy New from ratting them out?

But to me the key to this is the climate. When prosecutors decide it's politically advantageous to go hard after someone because the public is all for it, they will exhaust every resource to bring them down. It's less Goodfellas than it is Bonfire of the Vanities. Which is a Thomas Wolfe novel from the 80s where a filthy rich Wall Street bond trader commits a hit and run while driving around cheating on his socialite wife. The victim turns out to be a black kid from a poor neighborhood, and he's killed. The rich guy eventually gets caught. And the whole city of New York - the mayor, police, community activists, the DA's office, the tabloids - turn his trial into a sensation because it's to their advantage.

That fictional Wall St. guy was of course guilty of hitting and killing the kid. We still can't confirm that BrettFavre took the money he's accused of. What we do know is that it's going to be really good for business for the authorities to come after him with all they have, since pretty much all public opinion is against him. And if they manage to build a case now that Davis and New are cooperating and get a conviction? Then 15 years will be too good for BrettFavre. In that case, throw the damned key away.