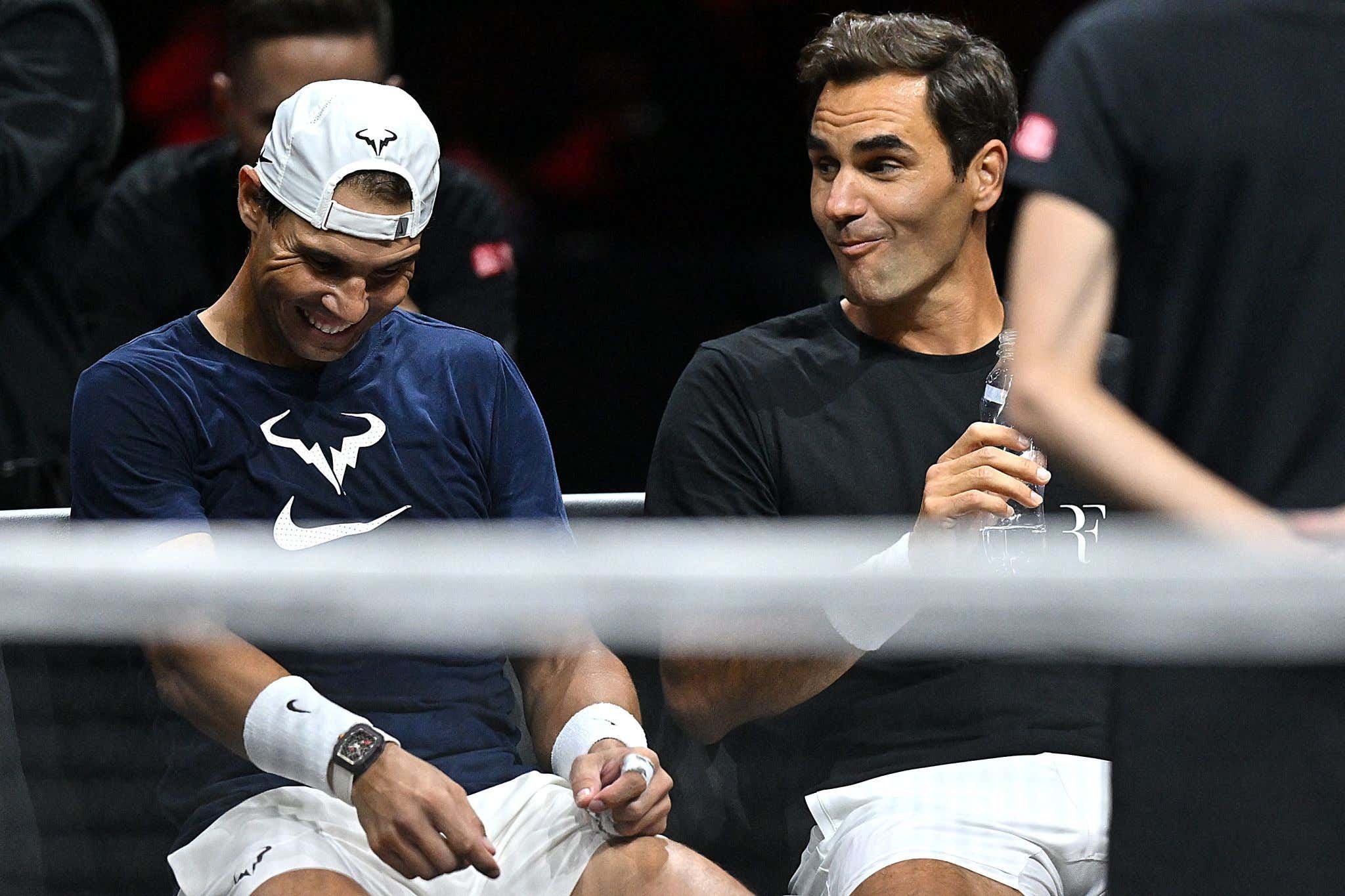 And there it is, Roger Federer's final pro match of his career will come tomorrow afternoon playing doubles with Rafael Nadal at the Laver Cup. What is the Laver Cup? It's tennis' version of the Ryder/Presidents Cup where Team Europe goes up against Team World, composing of rosters outfitted with the best the men's side of the sport has to offer. They rotate the location every year with 2022's destination being London. You probably haven't heard of it because they typically bury it on the Tennis Channel and not something like ESPN, but it was actually in Boston last year at TD Garden.

Well, tomorrow around 2 PM ET we'll get to watch the most important doubles match in tennis history and my god is it going to be amazing. It sucks we won't be able to see Roger play singles during the Laver Cup, but at least we get something (that's how I'm deciding to cope). His knee just isn't in good enough shape to play singles competitively which is a bummer. After the doubles match Federer will be replaced by Italy's Matteo Berrettini for the remainder of the weekend's matches.

Earlier today Fed, Nadal, Djokovic, and Murray all practiced together which is just cool as fuck.

It kind of all hit me last night that it's over. When the new first broke I wasn't really that all surprised. Fed's knee is a wreck and the struggle for him to get back in shape has been brutal to watch from afar. He did everything he could to make one more run at the age of 41, but it's basically felt like he's been retired for a year now sadly.

I fucking love Roger Federer. Make fun of me all you want, but he's one of my favorite athletes of my life time. Getting old sucks. Watching your favorite athletes of your life move onto retirement is an awful experience to deal with. Having to do it with Jeter was absolutely miserable.

To put it in simple terms, there will never be another Roger Federer. There will be those who surpass his records and end up with more grand slam titles, but you won't encounter anyone who changed the sport and carried it like him. Growing up watching him dominate the sport was something else. From 2004 to 2009 there was no one who stood a chance with the level he was playing at. There was that lull until 2016 to the point where it looked like he was never going to win again. Tiger or Federer, would either win another major? Well, of course they both did because they're Gods amongst mere mortals. Roger's mini return to dominance in 2017 and 2018 didn't feel like real life. How the fuck was he doing this at his age? At least we got that. Now it's time to say goodbye to the Swiss Maestro. Don't call, don't text.

Tomorrow is going to be awesome. Here's what happened last time the two teamed up at the Laver Cup.