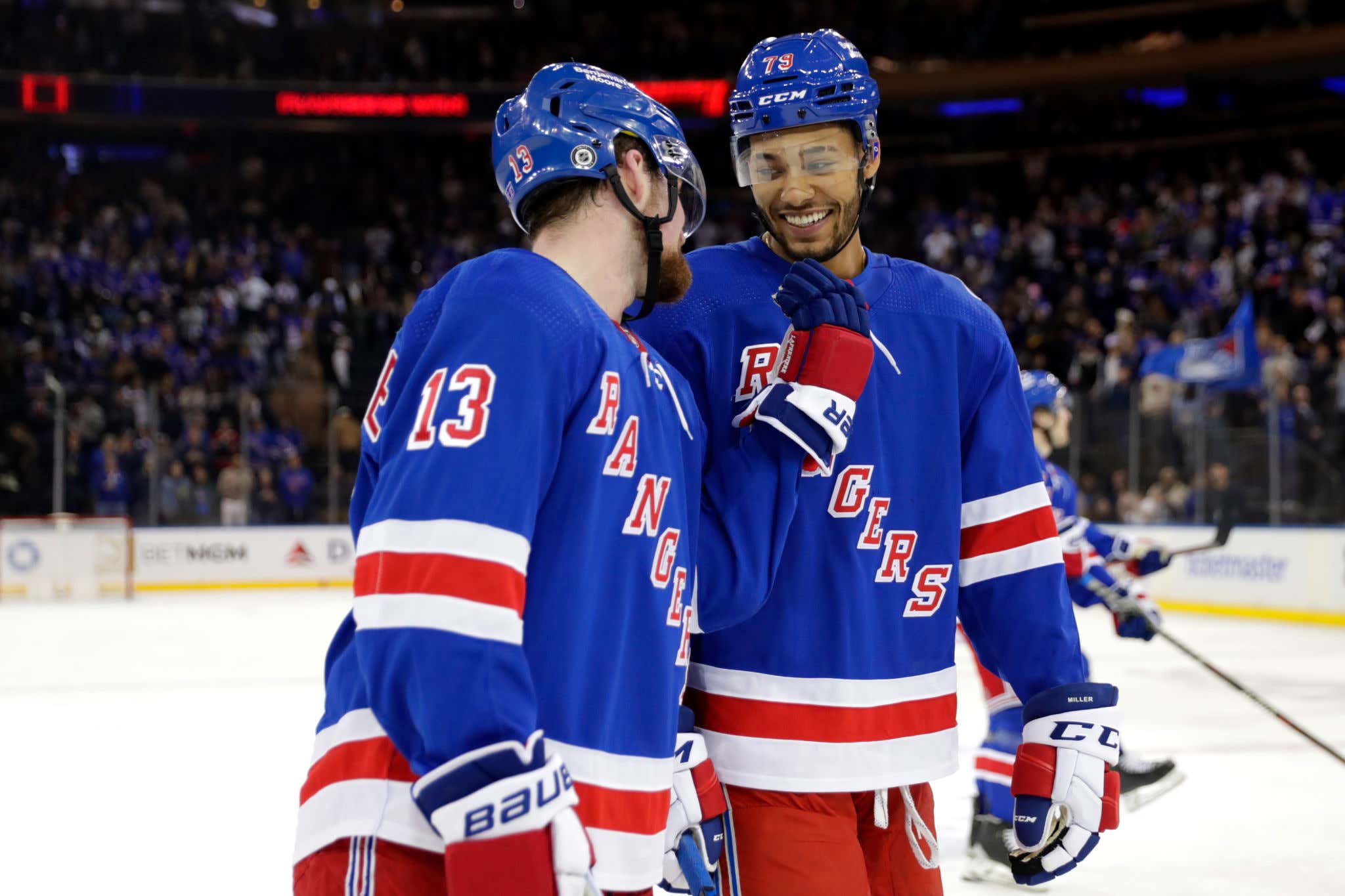 A big part of the Rangers improbable run that fell just two wins short of a Stanley Cup Final appearance was the postseason ascension of two bright young stars, Alexis Lafreniere and K'Andre Miller. Headed into a new season with lofty expectations, the continued growth of these teammates & roommates will be equally as important if the Blueshirts plan to fulfill their championship aspirations. Miller as a premiere shutdown blueliner & Lafreniere as an offensive weapon in what's assumed to be his first full year in the top six alongside Mika and Kreids. Skillsets aside, camaraderie also plays a monumental role in success - something that wasn't thought to be an issue until this morning when the Rangers social media team woke up & chose chaos.

They went with a "first day of school" photoshoot theme. Corny but relevant, I get it. Everyone was asked to include their best friends on the white board they held up to signify their first day of training camp. Some picked family, others picked pets. The biggest bromance in the NHL obviously picked each other: 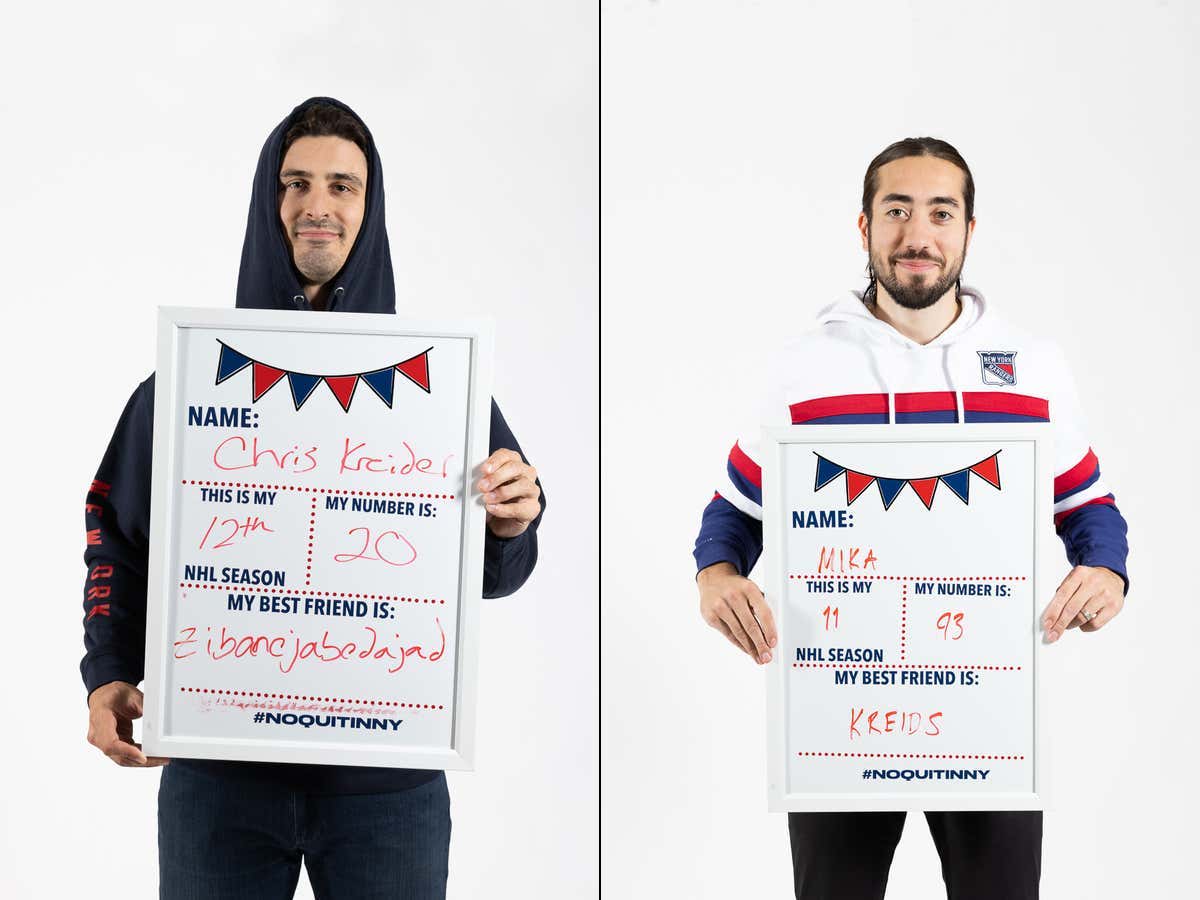 At least until the two roomies took their pics. 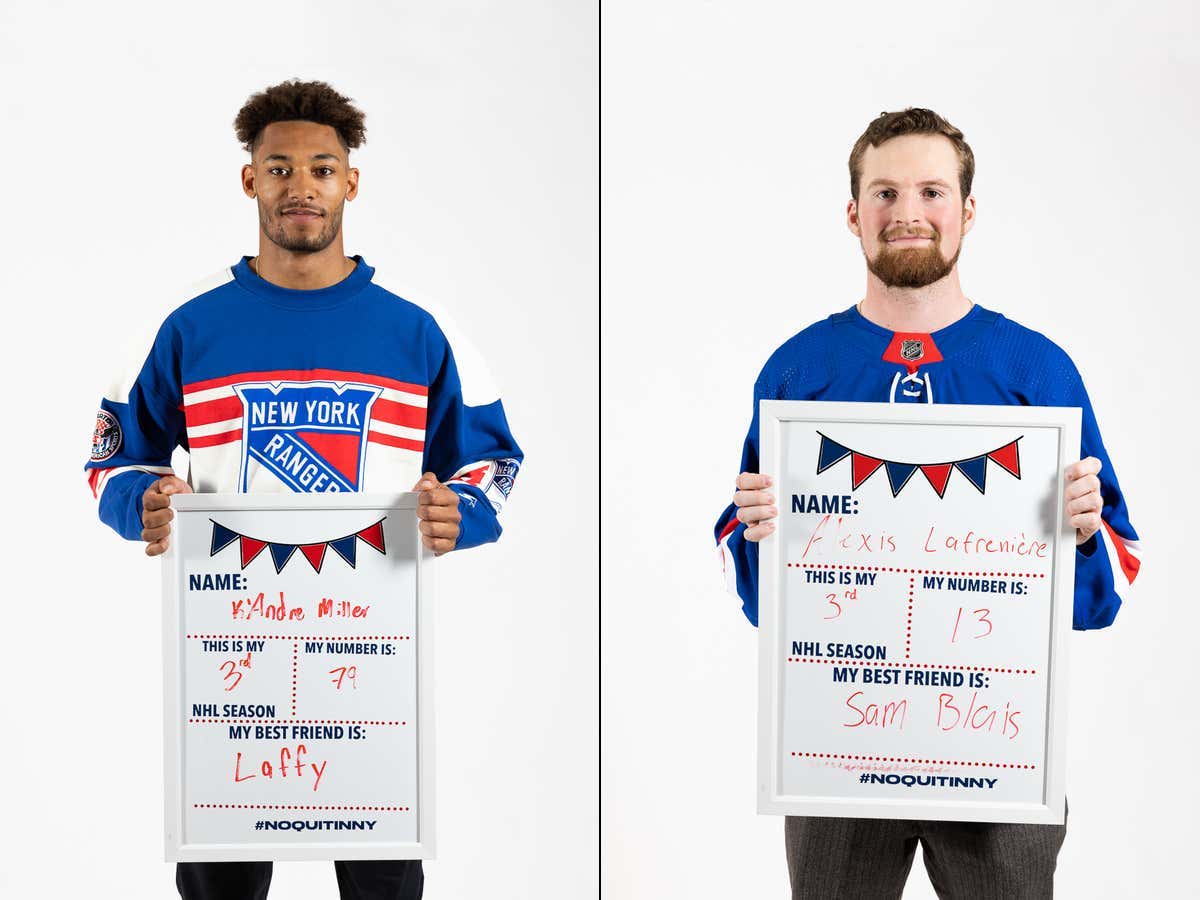 Listen everyone knows you don't commit to a BFF publicly unless you KNOW they're gonna commit to you back. All this time Key thought he and Laf were besties crucial to one another's adjustment and growth in the NHL only to find out it's been a one-sided affair. Laf's been getting his support somewhere else. And you know WHEN he found out? The same time as we did - when the pics were released. If Key knew beforehand Laffy's best friend wasn't gonna be him he obviously wouldn't have put Laf on his board. To dig the knife deeper, Lafreniere calls Blais "Sam". No one else on the planet refers to Sammy Blais as "Sam" except maybe his family. That's a heavy relationship when you're the only one referring to someone else by a particular name. Miller's gotta be crushed.

I have no idea how long it'll take for these two to overcome the wedge that's been jammed between them, but I do know that kids tend to be overdramatic. This could linger a long time. K'Andre put his heart out there only to have it stomped on by the guy he shares a roof with because the 20 year-old Lafreniere is enamored with a French-speaking older man. How long is that gonna last Laf? Hopefully it won't have an impact on the team as a whole but I'd imagine everyone in that locker room is deciding if they're Team 79 or Team 13 right now. If the Rangers end up missing the postseason while Miller hangs a brutal -30 campaign we can all look back to this day and know exactly why. Best of luck to Captain Trouba cleaning up this mess…