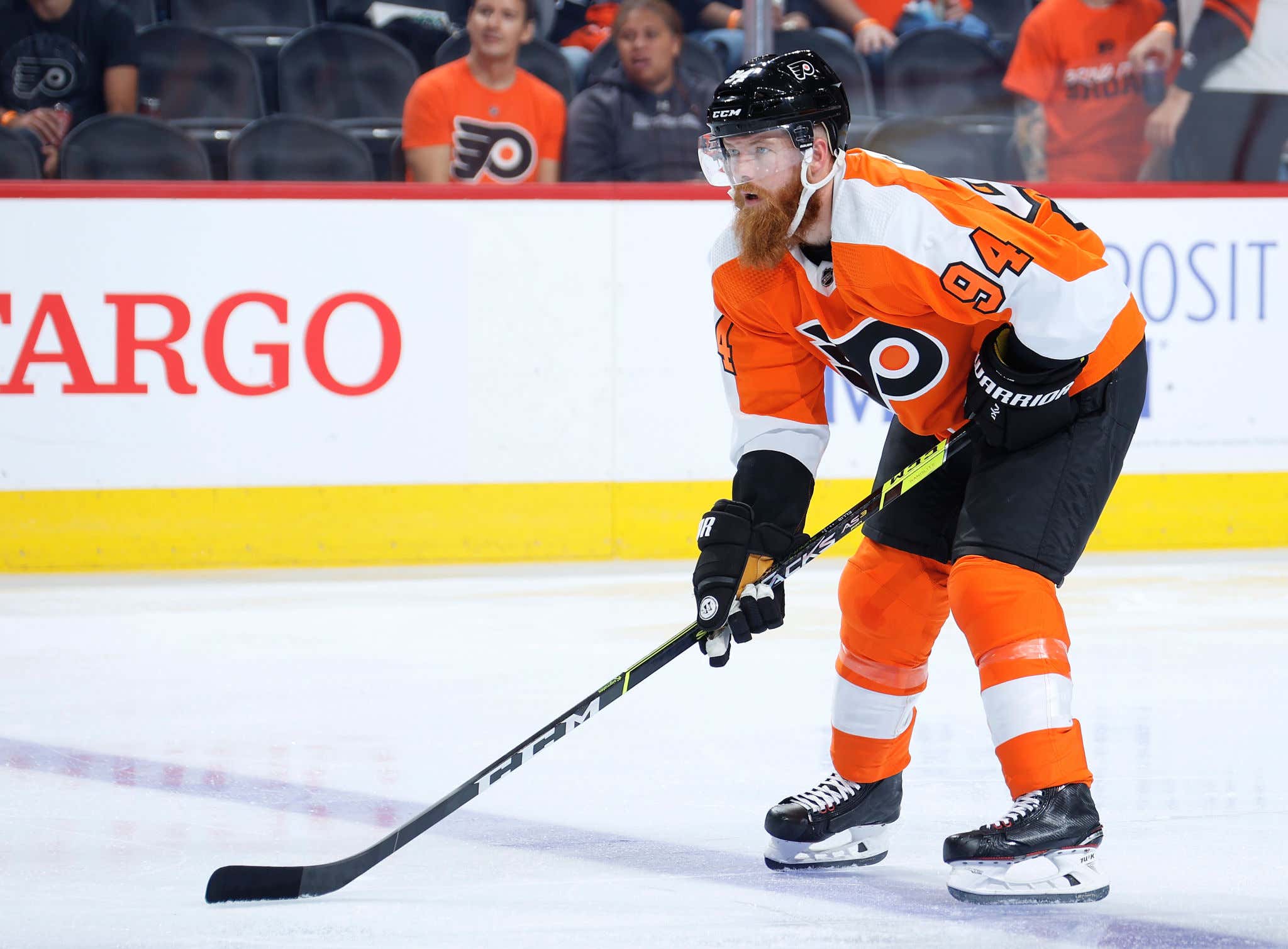 You guys remember who this is? I wouldn't be able to blame you if that didn't.

That's Ryan Ellis. And once upon a time ago, he was supposed to play for the Philadelphia Flyers. The addition of Ryan Ellis was supposed to bolster a Flyers blueline which had been regressing for at least the past 2-3 years. The issue, however, is that Ryan Ellis got injured just 4 games into his time with the Flyers last year. And after months of mystery setbacks and vague updates, it was ruled that he would be out for the remainder of the 2021-22 season.

No big deal, though. The Flyers ended up being dog shit last year so maybe that was for the better. Let Ryan Ellis take the rest of the year off to get healthy, and then come back ready to go for 2022-23. Obviously it would have been nice to see him out there past the middle of October last year, but you could just count that as a mulligan year. And then…

Listen. I obviously hate this more for Ryan Ellis than I hate it for the Flyers. For all intents and purposes, it would seem like Ryan Ellis' career is over. If it is something enough to keep him out of practically the entirety of last season as well as the full upcoming season, then I don't see this as something he'll be coming back from at all. So that stinks for a guy who is just 31-years-old and was considered a top-20 defenseman just a few short years ago.

But also as a Flyers fan…I mean…what the fuck? How do you come away from this with any other conclusion besides the fact that this organization is cursed? The Flyers made one big splash last offseason and it worked out for a grand total of 4 games. And to make matters worse, this isn't even the only massive injury news the Flyers are currently dealing with.

Sean Couturier only played in 29 games last year after getting back surgery. Again, you figured it was best to just sit out the rest of the disastrous 2021-22 season and come back healthy for 2022-23. But then there was some chatter about Coots' possibly re-injuring his back right before training camp. Potentially another season ender.

There's still no definitive answer on that, but at the very least he sure as shit isn't healthy right now.

Can I say something right now? Are we in the trust tree? Because if we're being totally honest…I just don't know how many more years of Coots we have left. This is the 2nd back injury in the span of a year, and it's not like Couturier has a lengthy track history of staying healthy. I feel like he's been injured at least every other year. He'll be turning 30 this season and, speaking from experience, all those injuries start to add up once you hit the big three-oh. This isn't the best news ever when you consider the fact that he's just starting a new 8-year, $7.75M AAV contract this year. I'm not saying Coots could be in career ender watch just yet, but I don't think it's crazy to think that the countdown has begun.

Away from injuries, let's just talk about our current goalie situation at the moment. This is where things get a little tricky because there are a lot of legal matters on hand here, and I don't want to say anything that cross any lines. But at this very moment, Carter Hart is a part of the Hockey Canada investigation into the 2018 World Junior team scandal.

Carter could be completely innocent, he could not be. I honestly have no idea, and that will be up to the Canadian court system and Hockey Canada to decide. But all I'm saying is that I don't love the fact that he's a part of the investigation in the first place. It just goes along with the idea that this team is cursed. I'm obviously hoping he had nothing to do with this, but who knows how long it'll take to determine that.

So in order to get a little more insurance between the pipes, the Flyers decided they were going to sign Russian prospect Ivan Fedotov this year. He had a great season with CSKA last year in the KHL, as well as being the starting goalie for Russia at the Olympics. But as soon as the Flyers tried to sign Fedotov, he was detained by the Russian government because…well…you know what's going on in Russia right now. Fedotov has been trying to fight to be able to come over to America to play for the Flyers, but the Russian government doesn't give a shit about that. Now he'll have to serve a full year in the military.

So one goalie is a part of the biggest investigation in hockey currently. Another goalie is being detained in Russia and forced to serve a year in the military. Ryan Ellis is out for the year/possibly forever. Sean Couturier could potentially be out for months. Oh and the worst part of all?

Taryn Hatcher won't be on the Flyers pre and post game shows anymore.

Fuuuuuuuuuck. What's the point in even turning on the TV to watch this team this year? That's a legitimate question. Because right now I can't think of one single reason.

And the real kicker is Torts. John Tortorella is not the type of coach who is going to allow his team to finish in last place, despite how cursed they might be. He's way too demanding for that. So you know exactly what's going to happen here. The Flyers are going to finish the season in 29th place. They are going to get "lucky" in the lottery by jumping up to the 2nd overall pick. They are going to use that pick to draft Matvei Michkov. And then Michkov is going to be stuck in Russia for the next 7 years while the Flyers continue to suck and dwell in the basement of the league. All while the organization tries to shove Gritty plush toys down our throats.

God I hate this team. The only way to break the curse is if Comcast sells the team. I am sure of it.