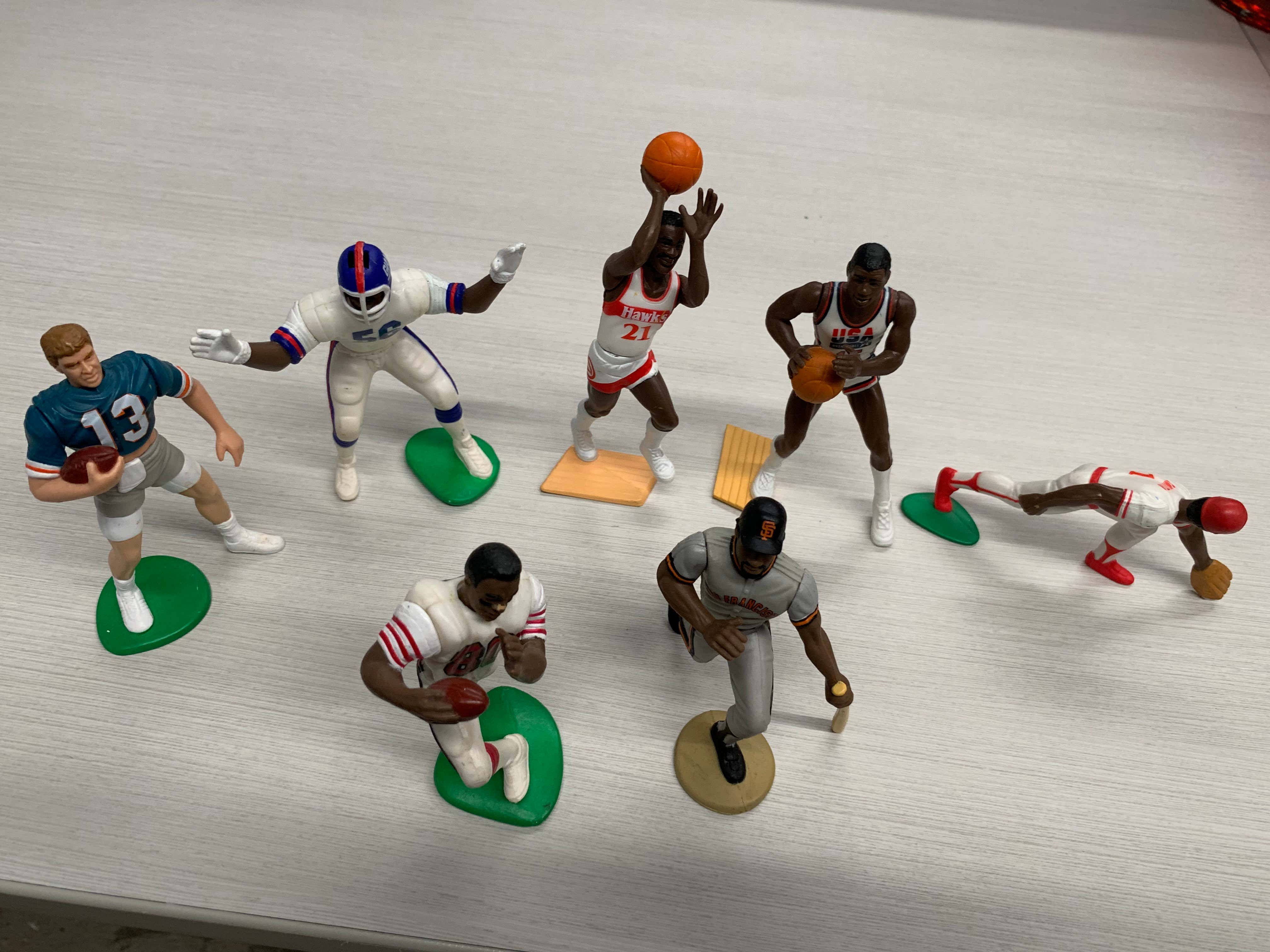 Growing up in the 1980's, one of the best toys of that time period was the Starting Lineup figures that Kenner produced. They became really popular and growing up in the Northeast, I'd see figures of Jim Rice, Wade Boggs, Gary Carter and Darryl Strawberry at every toy store. I asked Portnoy about them and he said he had the Ellis Burks one. The figures were really well crafted and even looked pretty close to the actual players.

The idea for the figures came from then recently retired Bengals punter Pat McInally (who is also the only player to get a perfect score on the Wonderlic test). It was originally just baseball players but a few years later, they expanded to basketball and other sports. Hasbro eventually bought Kenner and eventually the mass popularity of the toys waned.

Brandon Walker has a bunch of Starting Lineup guys at his desk. This Ozzie Smith is from the original collection: 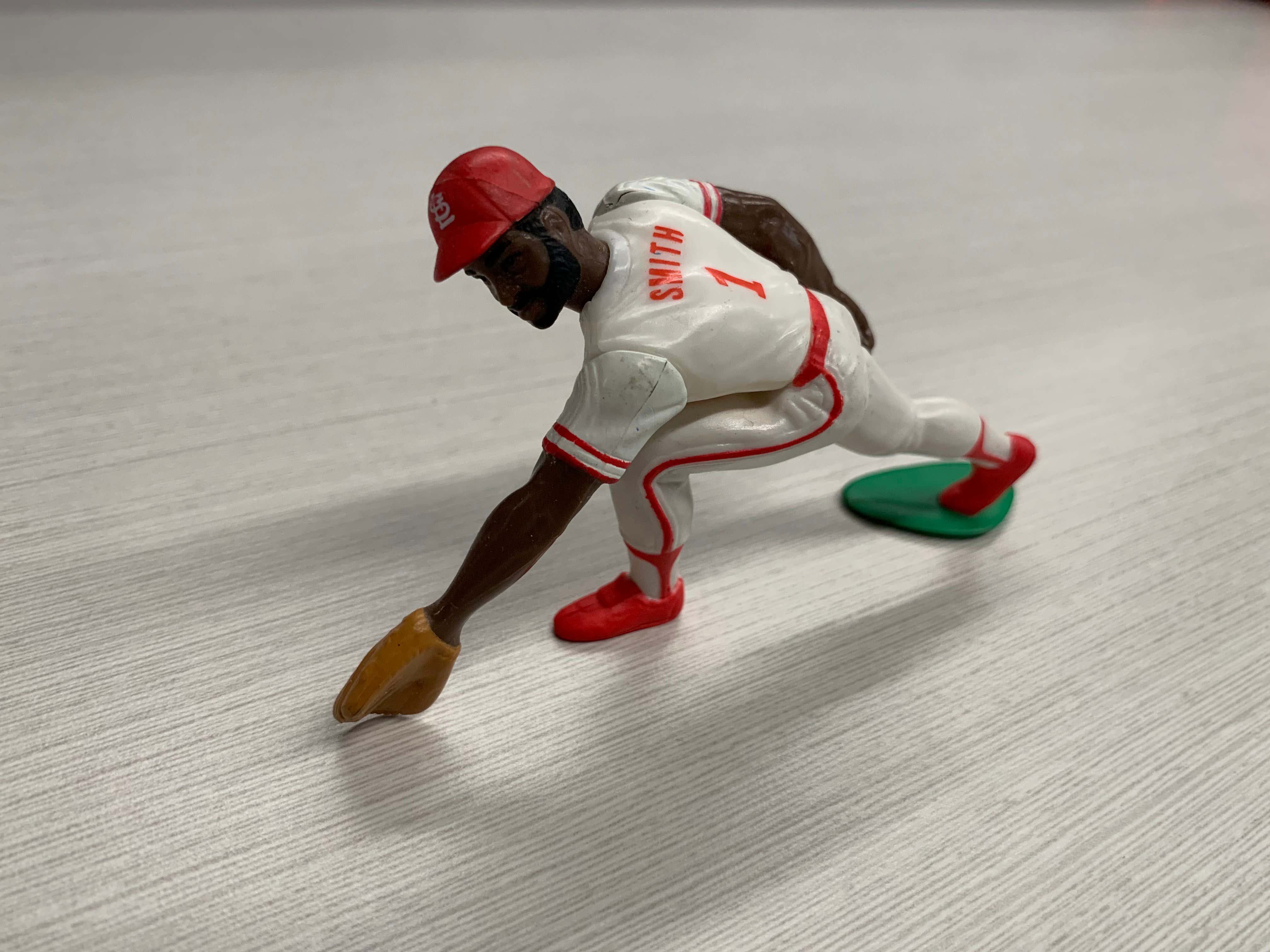 And here is a Dominique Wilkins from the initial series of NBA players which they released in 1989: 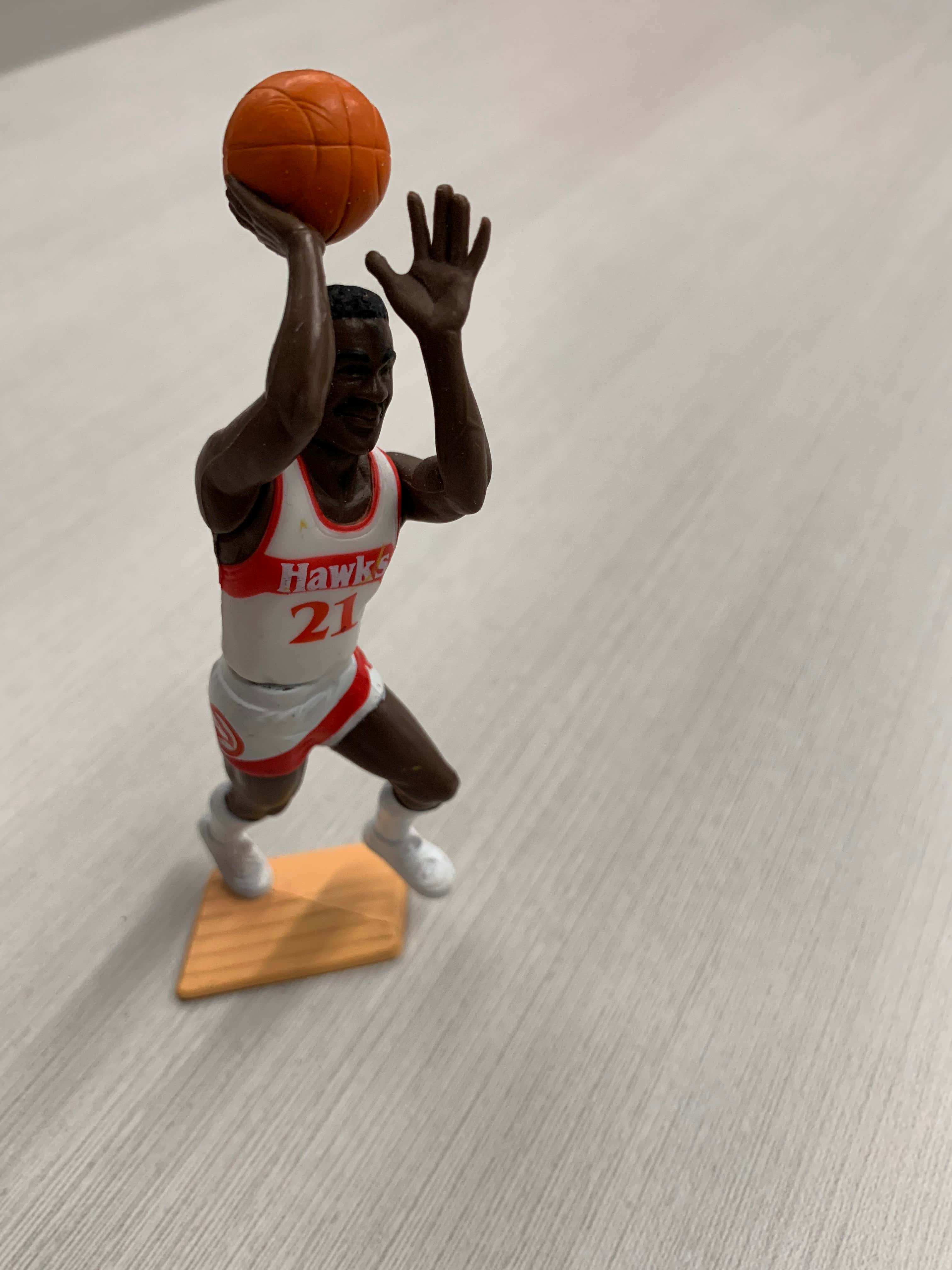 See what I mean about the attention to detail on these? I'm also choosing to ignore the weird stains on these figures. I have no idea what Brandon might have to these poor figures. I'm going to take the classier route and assume these bizarre discolorations and smudges are due to age and nothing nefarious.

Perhaps the greatest moment of glory the Starting Lineup figures ever had was this moment from the Yak:

A few months ago, Hasbro announced Starting Lineup figures were coming back! I was probably too excited then I should have been for this news but that excitement was dulled a bit when I heard it was only going to be NBA players. I always liked the baseball ones better.

The new versions will be a little bigger (6") than the original (4"). They also will come with a lame NFT card instead of an actual basketball card like the originals did. If you're going to lean into the nostalgia, just give me a fucking card.

The players are pretty legit. Lebron, Giannis, Luka, Embiid, Mourant, Trae Young, Curry and Tatum are a strong set of guys. Here's some close up views of the Tatum one:

I'll give them credit. The detail does looks fantastic on these. Of course it better for the price tag. Back in the 80's, these would run about $5 each. Now? It's 50 bucks! It does also come with with extra hands for him as well as a stand.

I'm going to buy the Tatum one and I'll write a review when I get it. Fifty bucks is a WILD price but I loved Starting Lineup figures so I almost look at it as paying back the huge value I got when I had these when I was a kid.  It might be awhile before I get my Tatum figure though. It says it won't be able to be shipped until December 19th.