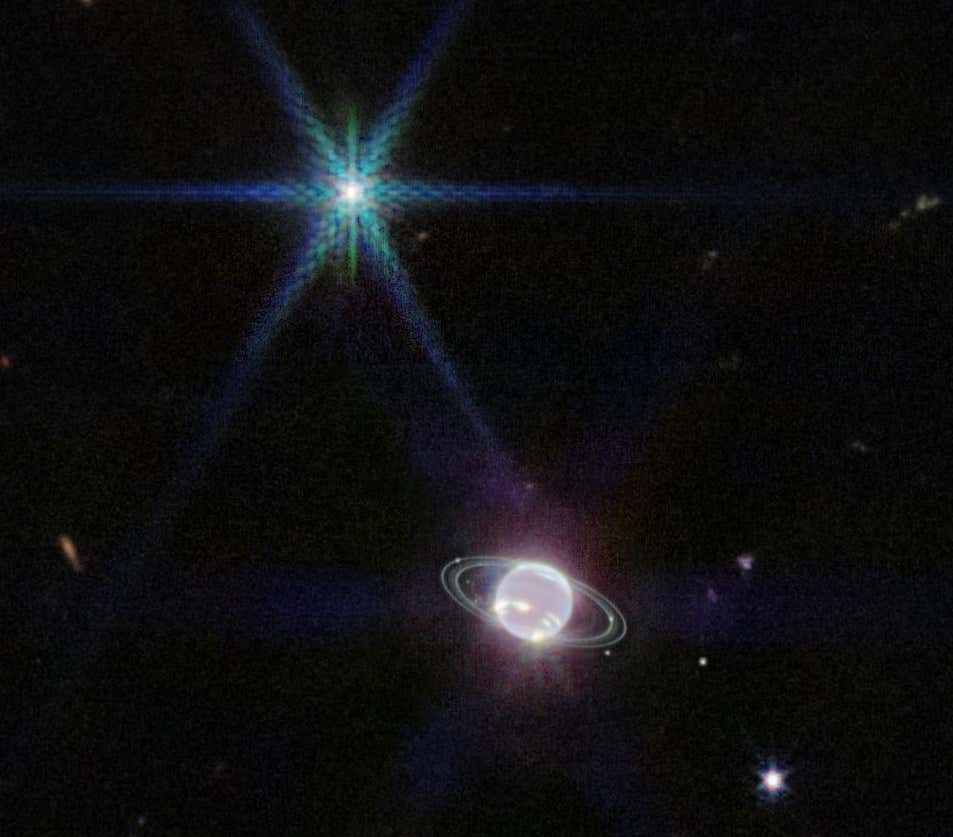 The James Webb Telescope continues to drop its nuts on all of us as it shows off what it can do. Its next trick? Taking an infrared picture of Neptune and its rings.

I feel like it constantly gets slept on that Neptune has rings. Jupiter and Saturn get all of the shine, but Neptune sneaky has the goods as well. Also Triton we get it pal, we see you at the top. Stop looking like a star trying to out-shine everyone else. You're a fucking moon.

If you compare the JWST with Voyager and Hubble's pictures of Neptune it honestly looks like one of those galaxy brain memes.

Now you may wonder why the Voyager 2 picture looks clearer than the James Webb despite 30+ years of separation. The answer is that Voyager 2 actually visited Neptune and took that picture basically on its front lawn. The Webb is much further away and is taking this in infrared, which has a longer wavelength to it. There's also something called diffraction going on which by looking up the definition means the process by which a beam of light or other system of waves is spread out as a result of passing through a narrow aperture or across an edge, typically accompanied by interference between the wave forms produced. That all combines to create this fuzziness you're seeing.

By the way all of that could easily be wrong, but after a few minutes of research it's the best explanation I could come up with.

Okay so it's a tad fuzzy, but nonetheless still an awesome picture. All this telescope does is pump out cool image after cool image. This baby doesn't miss. It's the most advanced piece of technology ever invented and we're here to see it get to work.

Now similar to posting a smut blog I'm going to dump a bunch of pics from the JWTS so far to end it here. 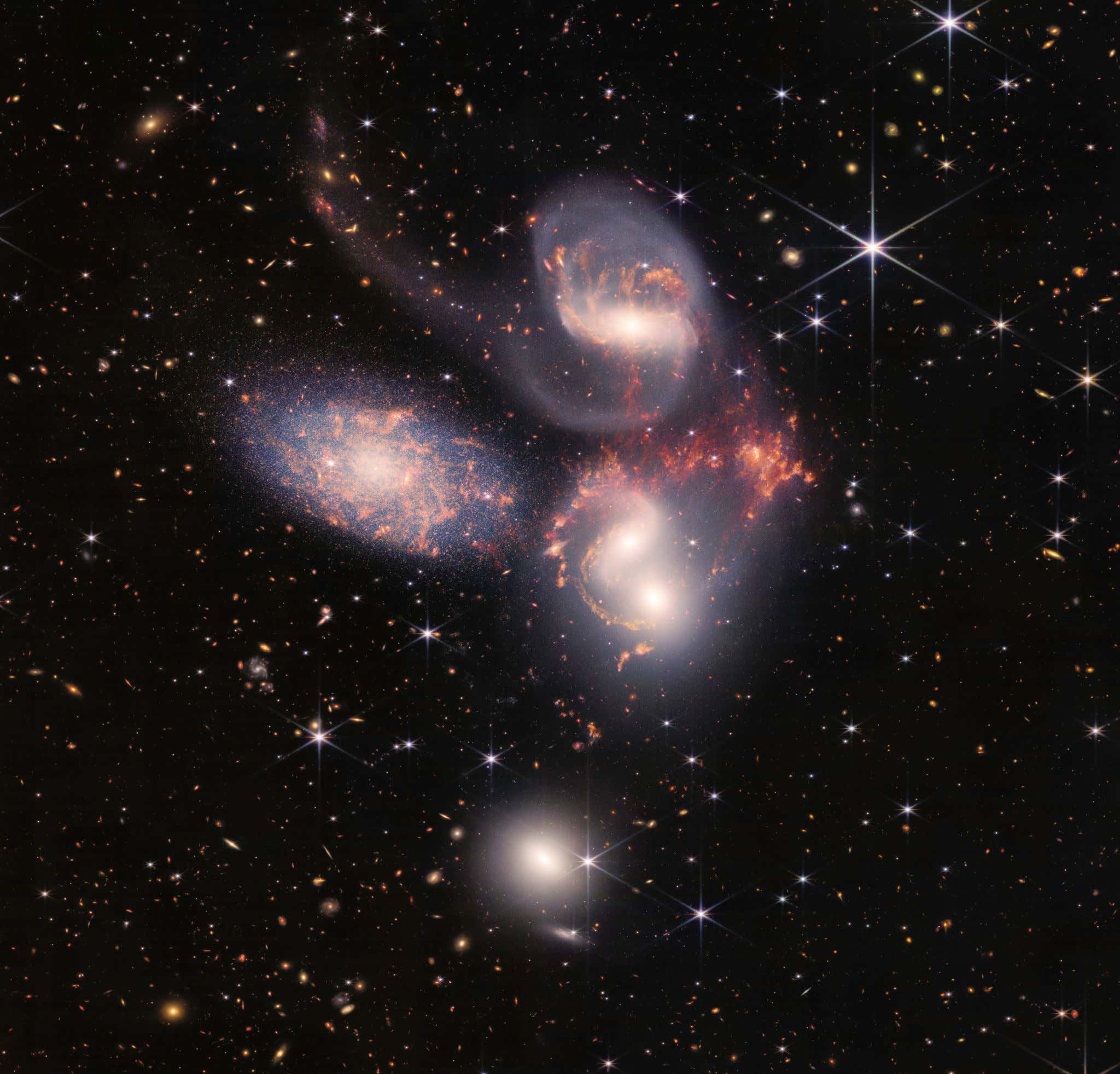 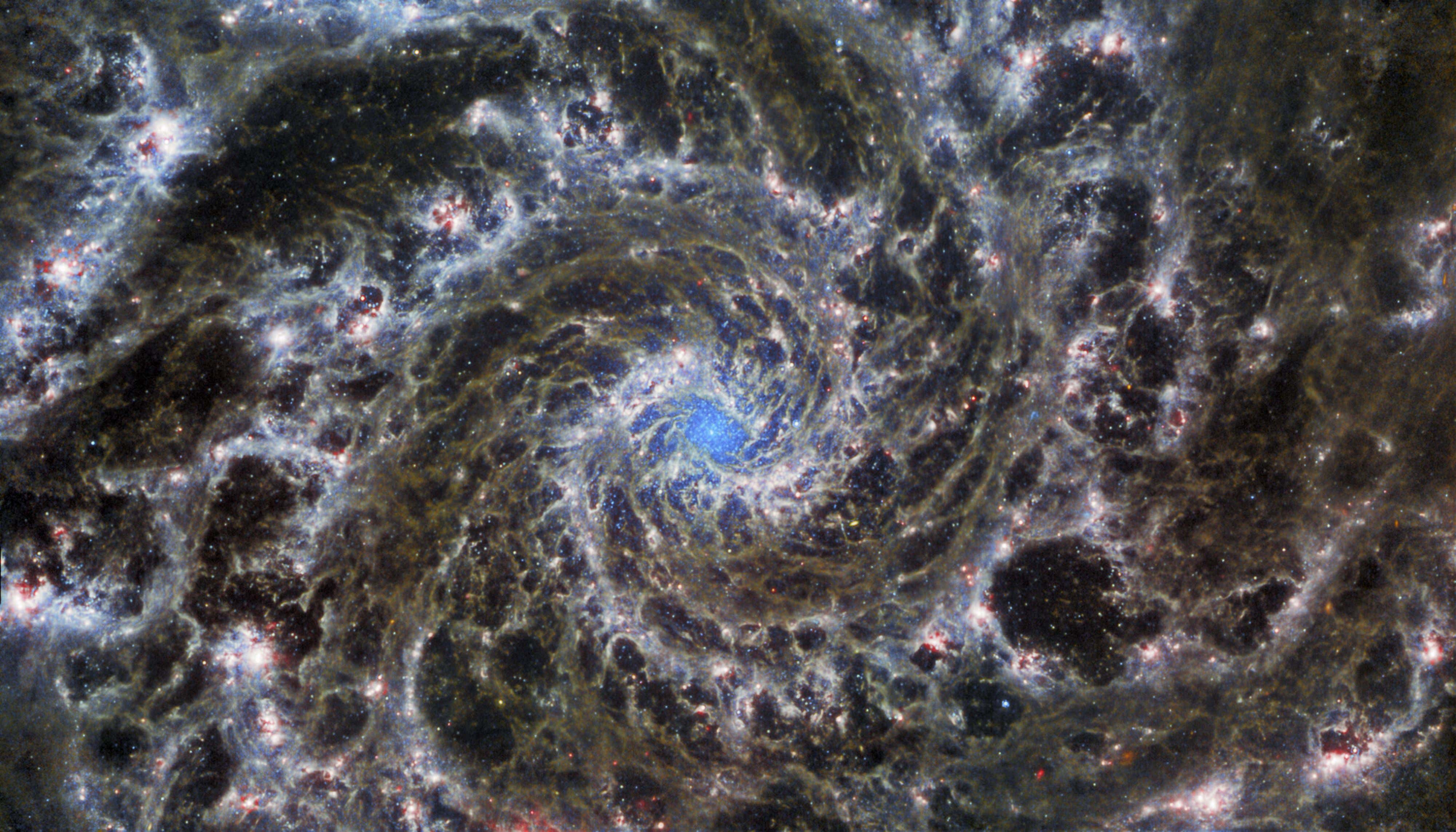