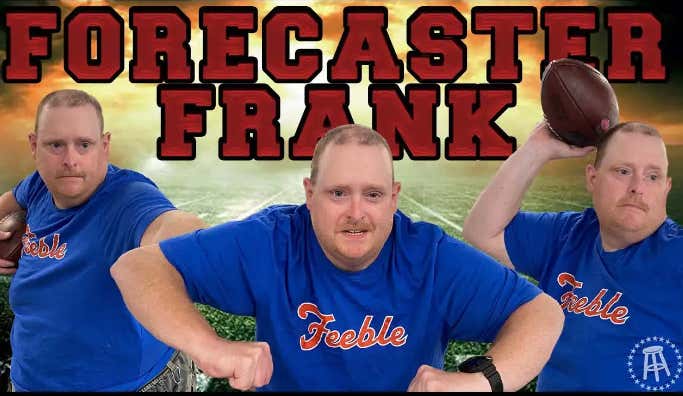 A brief reminder that we are running a Merchapalooza contest. Use my code Frank at the Barstool Store to get 10% off your order! 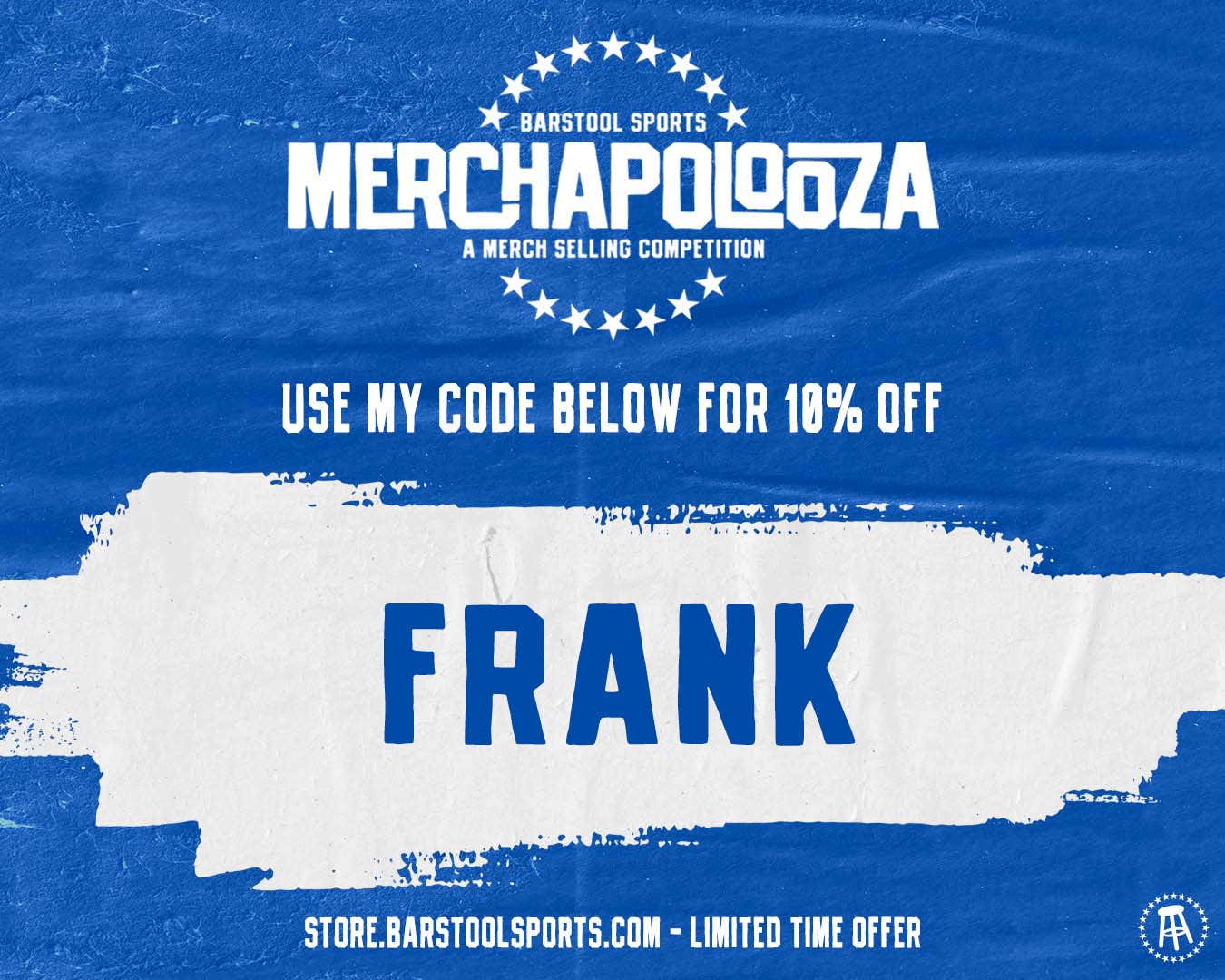 The Steelers appear to have issues on offense but still have a strong defense. The Browns blew a 13-point lead to the Jets on Sunday. How are the Browns favorites? The Steelers always raise their game in primetime and will win it outright.

This is a battle of Heisman Winners who may be facing their last chance at NFL success. Jameis Winston is battling a back injury, while Baker Mayfield is battling the fact he does not have any guts. Winston will find a way to get the win in Carolina as the Panthers begin to wonder who is next at quarterback.

It feels like a million years ago that Lovie Smith led the Bears to Super Bowl XLI. They also went to an NFC Championship Game in 2011. One year later, Smith was fired, and the Bears have struggled since. Look for Lovie to lead the Texans to a win in Chicago as fans in Chicago continue to fume.

There is panic in Indianapolis as the Colts have not won a game in 2022. The Colts never win in Week 1 and never win Jacksonville. Coming home, expect the Colts to get back on track as they upset the Chiefs, with Matt Ryan and Jonathan Taylor finding their groove.

The rebirth of a rivalry sees the Dolphins and Bills standing at 2-0. The Dolphins had a historic comeback last week, with Tyreek Hill and Jaylen Waddle each helping Tua Tagovailoa silence the haters. The Bills, however, have dominated and look like a team on the mission. Miami is rising, but the Bills are the top team and appear to be on a mission.

The Vikings are looking to rebound off an ugly Monday night loss in Philadelphia, hoping to get a second divisional win. The Lions won last week and played the same Eagles tight in Week 1. A six-point spread seems high, as the Lions are an improved team that will be in the game until the final whistle.

The Ravens are looking to rebound off a stunning loss to the Dolphins last week, as they saw a 21-point lead evaporate in the fourth quarter. The Patriots split their first two games on the road, coming home for the first time, and are underdogs. Mac Jones and the Patriots' offense will struggle again as Lamar Jackson does enough to get a win.

The Bengals are facing a must-win after dropping their first two games. The Jets are soaring after a stunning comeback in Cleveland, but when the rubber meets the road, the Jets are a flawed team. The Bengals find the cure for the Super Bowl hangover and win easily.

Two 2021 playoff teams are 0-2, with their seasons on the brink. The Raiders had an all-time collapse at home against the Cardinals last week, while the Titans have been sluggish in losses to the Giants and Bills. The Raiders never play well in the early starts, as the Titans use Derrick Henry to find their footing.

Fans in Philadelphia are dreaming of a Super Bowl as the Eagles have impressed in their first two games. Look for them to get served up a nice slice of humble pie as the Commanders take advantage of the poor conditions of FedEx Field to slow down the Eagles' offense while Carson Wentz beats his former team.

The Chargers are hopeful that Justin Herbert can play through a rib injury. They missed an excellent opportunity to beat the Chiefs last week and come home looking to beat a Jaguars team that blanked the Colts last week. Whether or not Herbert plays, this game will be close, as the Jaguars are showing signs of improvement.

The Rams have the Cardinals' number. Including last year's playoffs, the Rams have won 11 of the previous 12 meetings with the Cardinals. Expect that trend to continue as the Rams stamped to victory in the desert.

This is a game between two of the worst teams in the NFL. The Falcons blew a lead in Week 1 and nearly had a stunning comeback in Week 2, while Geno Smith and the Seahawks are 1-1. Expect the 12th man to play a role as the Seahawks win this game which will be for the birds.

Tom Brady has not been impressive so far, but the Buccaneers' defense has carried the day in winning the first two games. After a rough start, the Packers won last week and are prepared for another run as they go into Tampa and beat the Bucs.

We have point spreads, over/under, and individual stats. I want a prop bet for how many substitution penalties and delay of games the Broncos get called for as Nathaniel Can't Hackett again sputters in Primetime.

The Giants have found a way to win their first two games. It has not been pretty, but they have done enough. The Cowboys found a way to win with Cooper Rush last week, but in a defensive battle, look for the Giants to win in overtime on a field goal.