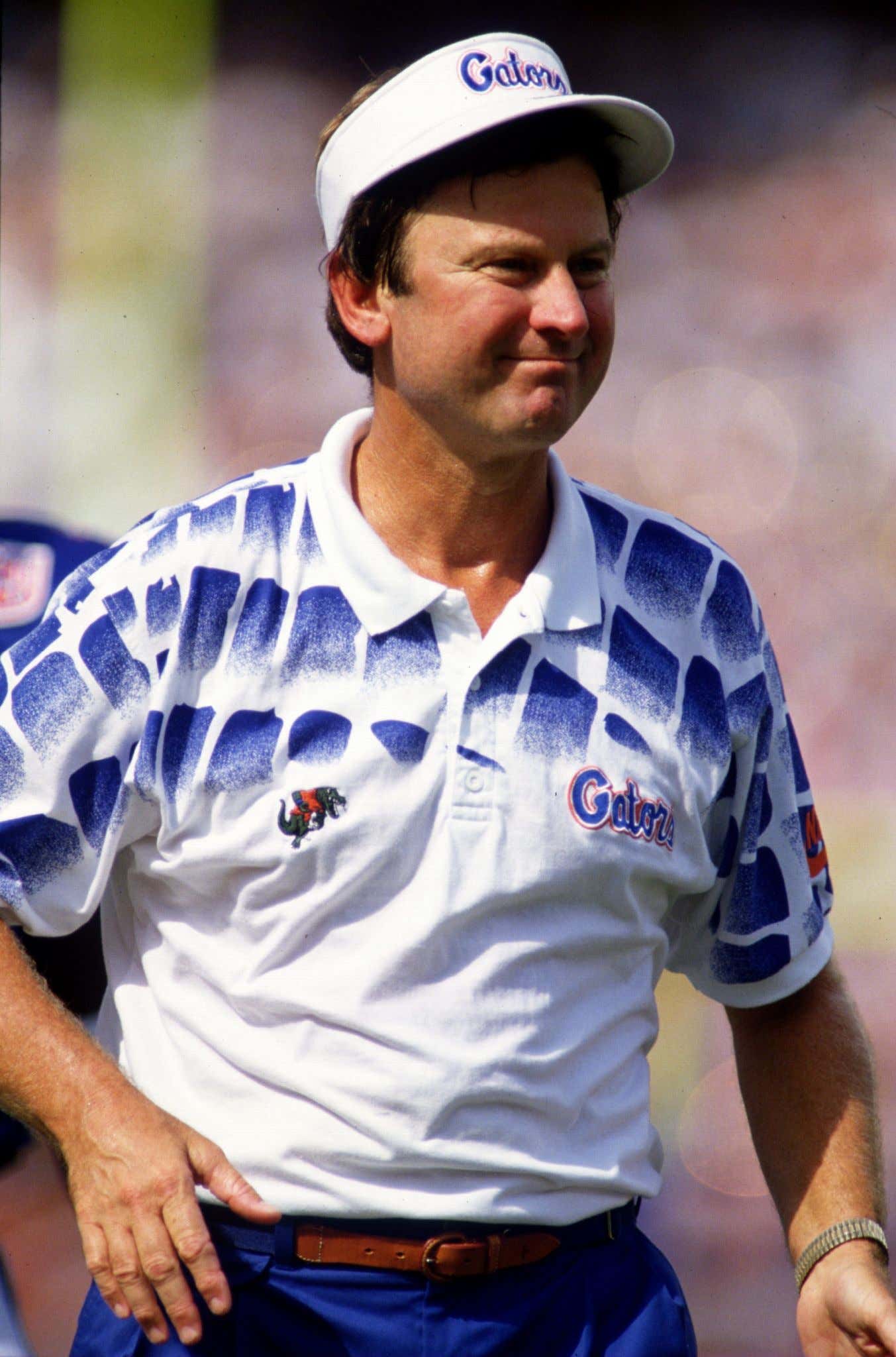 We just taped Barstool Pick Em. Go check out the pod every week on Apple Itunes, or the Barstool Sportsbook Youtube every week.

Obviously one of the biggest games, maybe the biggest game of the weekend is Florida heading to Tennessee. A rivalry that Florida has essentially dominated FOREVER. Spurrier was 8-4 in his time vs The Vols, but the biggest badge of honor was Tennessee never beating him with Peyton Manning under center.

As most Pick Em episodes do, we did a bit of a history lesson with rivalries, uniforms, coaches, and players from back in day involving Tennessee and Florida. We went down a bit of a rabbit hole regarding Steve Spurrier's absolute SAVAGE remarks to his rivals, most notably Florida.

For all you youngsters out there let's dive into how much of a savage Steve Spurrier was back in his day. He went IN on everybody but he really went in on Tennessee.

Here are some of his gems:

"There are people in Knoxville and Fayetteville still doing cartwheels over going 7-6."

This one is mean, but compared to how hard the next ones hit, this is nothing.

“Will be the 14th time I’ve coached in Neyland Stadium. … I’ve coached there more than some of their head coaches.”

This is savage. SAVAGE to remind Volunteer faithful that the rock upon which the rivalry was built on involves him not the revolving door of coaches on the opposite sideline. That has to hurt.

"You can't spell Citrus without the U-T."

This reference for those unfamiliar was that SEC teams who don't win the conference end up in the Citrus Bowl. Florida never had to worry about that as they were almost always in the National Championship hunt with The Old Ball Coach.

"I know why Peyton came back for his senior year. He wanted to be a three-time star of the Citrus Bowl."

This one takes the cake, this is the most savage insult ever because it not only involves Tennessee it involves their prodigal son Peyton Manning. No matter how many Super Bowls he won, MVP's, commercials, tv deals etc. He will never get back that he couldn't beat Florida in his career. Spurrier knows it still hurts and opened that wound any chance he got. Savage.

I went to Tennessee's biggest fan to see if I accurately awarded these insults, and if there is anything that really makes him mad.

Happy to get approval from Big T.

Vols fans shouldn't get too upset, Spurrier took shots at everybody.

Here's some other shots from Spurrier on various topics :

- On a fire at an Auburn library that destroyed 20 books: "The real tragedy was that 15 hadn't been colored yet."

- "You know what FSU stands for, don't you? Free Shoes University."

- "There are no Vanderbilts in the NFL."

- "In 12 years at Florida, I don't think we ever signed a kid from the state of Alabama. Of course, we found out later that the scholarship they were giving out at Alabama were worth a whole lot more than ours"

This open hatred just isn't seen anymore in college football between coaches, and man do we need more of it.

PS- Spurrier's golf shirts are electric. I would pay a boatload for those.

Hat Tip : For The Win and SI.com