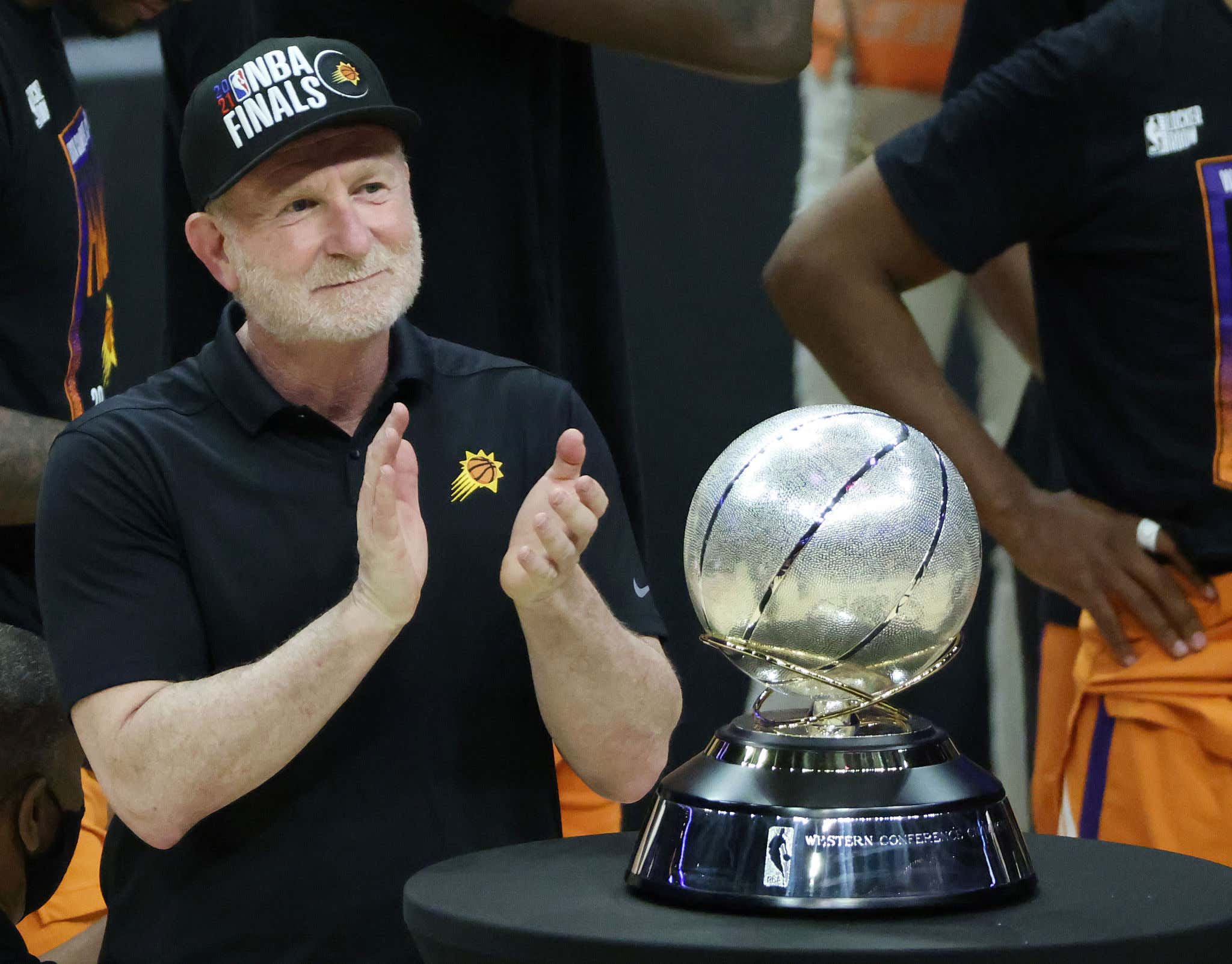 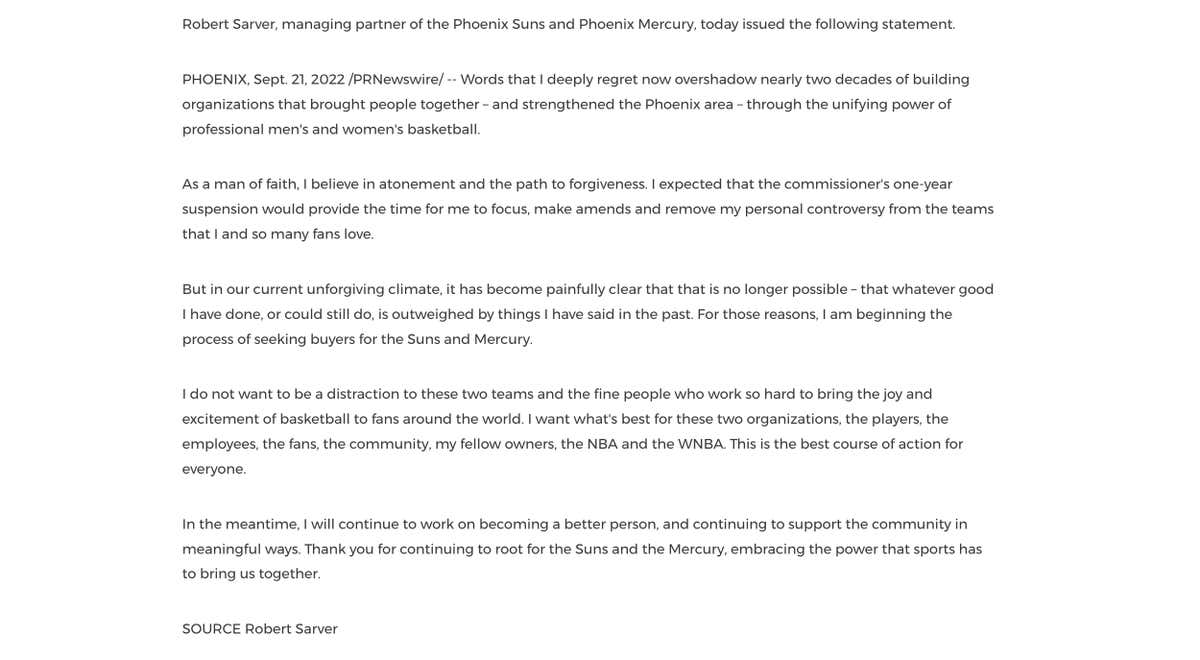 And there it is. This sort of felt inevitable as soon as the official report came out and then even more so once we heard the league's decision. Once Adam Silver finished his presser

and the entire world freaked out about it including some of the biggest players in the league and how poorly they handled this situation, you knew this wasn't going to simply go away. The minority share owner who was taking over for Sarver demanded he resigns. The city of Phoenix even started looking into if they could do anything about Sarver owning the team. It was becoming a bigger and bigger issue for the league that they weren't going to be able to sweep under the rug.

But as we know, the NBA truly doesn't care until you start hitting their bottom line. When PayPal did just that declaring they were going to end their jersey sponsorship with the Suns as long as Sarver was around, it felt like the possibility of Sarver selling because even more real

Does it surprise anyone that 5 days later we get this news that Sarver is in fact beginning the sale process? As always, follow the money. It was becoming bad business for Sarver to remain an owner. Once it got to that level, it's not all that surprising that the other owners around the league probably started to care as well.

With the season about to start, I also think that timing plays into this. You couldn't have this become a distraction during the year like it did for the Clippers. Especially with media days starting next week where you knew this was going to be a huge issue after CP3 weighed in on the league's decision.

Based on all the stories you hear from people that worked with the Suns and former players, I'm sure there are some in the organization right now that are happy this is happening. Suns fans I'm sure have been waiting for this day for a long time. It's not like there won't be a long line of billionaires who are going to be interested in purchasing the Suns, so I doubt the league truly cares. If anything, they are going to sell for multiple billions and will increase the value of all the other teams in the league.