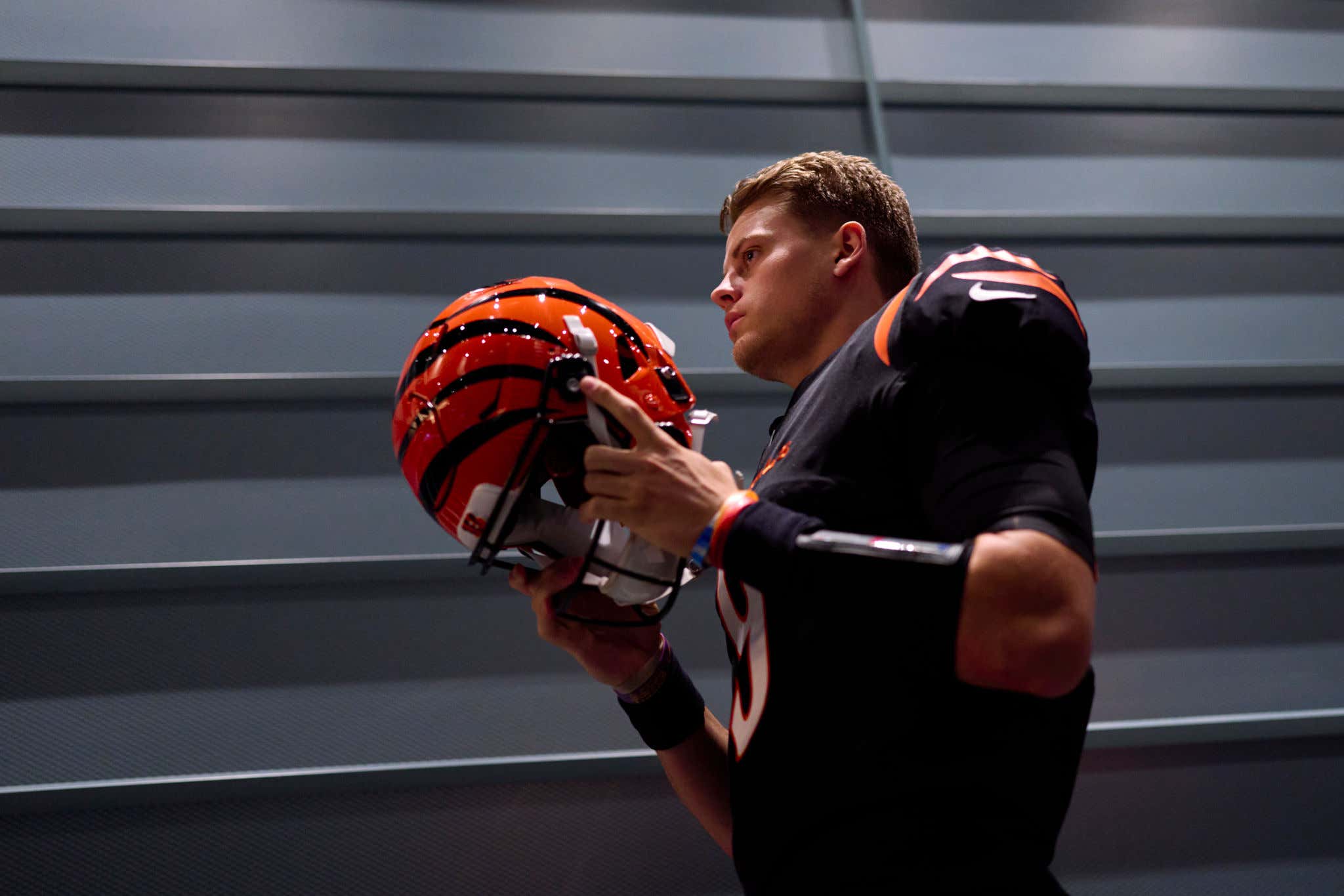 To connect to another prominent Ohio athlete in LeBron James: Joe Burrow is going Zero Dark Thirty-9. He revealed in Wednesday's presser that right now, it's radio silence on social media. I love this. Joe Brr giving social media the cold shoulder. I'm sure I won't be the first to come up with that line but I'm just as intrigued by his "RELAX" comment. In 2014, when the Packers started 1-2, Aaron Rodgers famously spelled out that word for the distraught Cheesehead fan base and proceeded to guide Green Bay to a 12-4 mark and win MVP honors.

The Cincinnati Bengals are 0-2. Things are not looking great. They've lost each of their first two games on the final play, watching helplessly as winning kicks have sailed through the uprights.

Slow starts and early deficits have been the common culprit. Burrow has been taking sacks at an alarming rate behind an offensive line that is still jelling. Cincinnati has been behind the chains often, setting up obvious passing scenarios where the opposing pass rush can tee off. Joey B. still looks a little rusty coming off that appendectomy, and I mean, the dude's appendix freaking ruptured, so of course he is.

Talk is often cheap, but not when it comes from someone as candid and straight-shooting as Joe Burrow. He's as authentic and genuine as franchise QBs come, and he chooses his words purposefully. So while he didn't spell out "RELAX" like Rodgers did, it's the message is the same.

Not gonna lie, losing to opposing QBs Mitch Trubisky and Cooper Rush was not what I anticipated. I had the Bengals going 2-0 out of the gates even assuming Dak Prescott was healthy for Dallas.

Several NFL cliches apply to this situation in Cincinnati, even while acknowledging the reality that a 0-2 start often means missing the playoffs at like a 90%+ likelihood historically speaking. Don't get too high or too low. Take it one game at a time. It's never as good as it seems, and never as bad as it seems.

In Week 3, the Bengals get to face off with the Joe Flacco-led New York Jets. I thought Gang Green's defense was decent until they were getting surgically dissected by Jacoby Brissett this past Sunday. If Jacoby can complete 22 of 26 passes before a game-sealing interception, pretty sure Joe can launch a full-scale aerial assault on this Jets secondary. Oh, and it's a revenge game from last year's Week 8 loss. So uh…yeah, look out Jets! It ain't Halloween this time. That fluke "W" and your insane comeback over Cleveland will indeed be proven as fraudulent tricks.

Burrow has the cool, calm demeanor to keep the locker room composed and upbeat. He could use a little more help from Zac Taylor, Brian Callahan and the offensive staff with play calls. Cincinnati can simplify everything and realize, "Hey, we have Ja'Marr Chase, Tee Higgins and Tyler Boyd, maybe let's just hit a lot of quick-game stuff and get them the ball quickly in space!" I still have faith. Even as my non-regression take is looking @OldTakesExposed-worthy as hell at the moment, I'm not wavering yet!