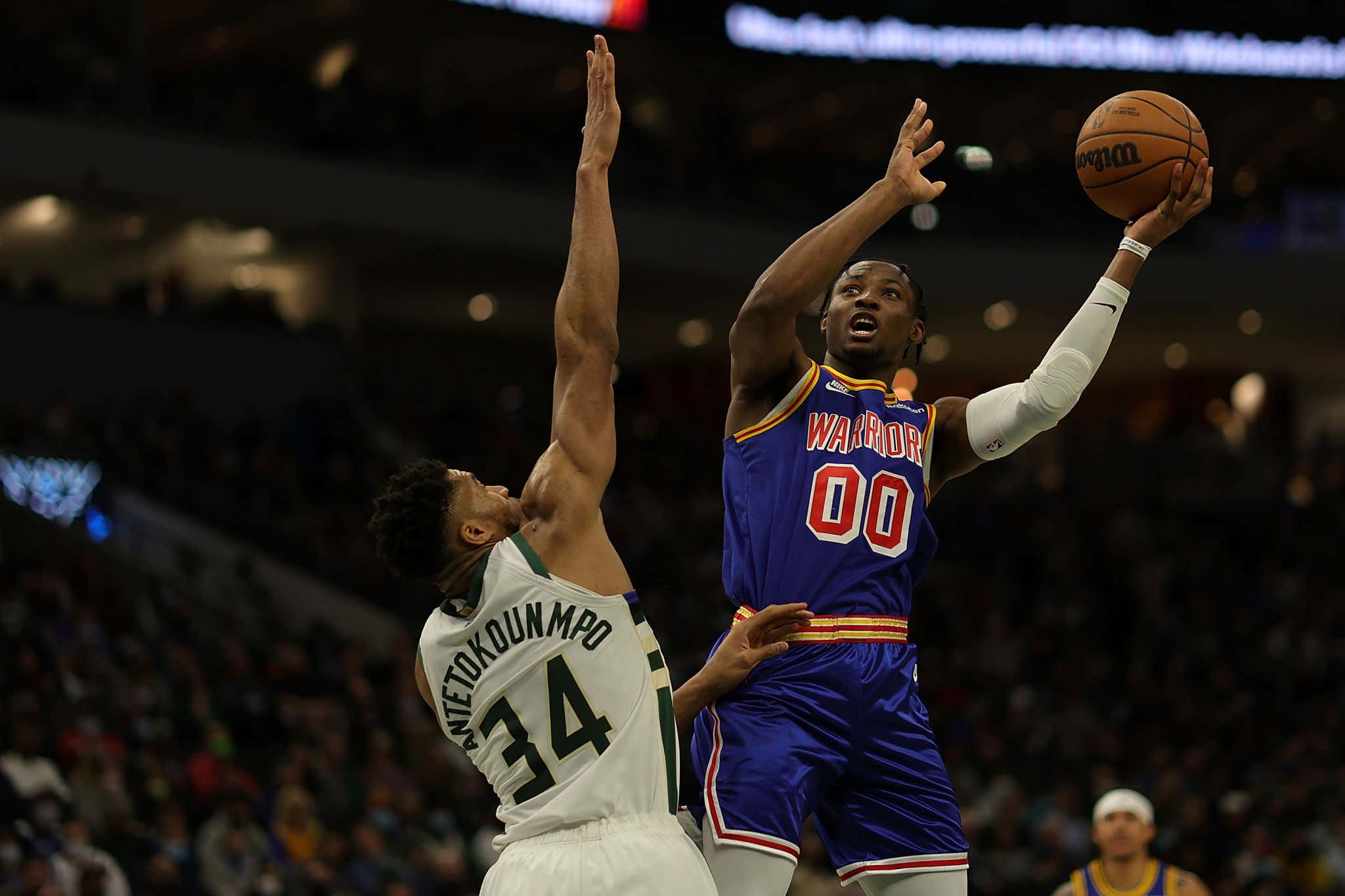 I'm a firm believer that when you win an NBA title, you can talk all the shit you want. That's the beauty of being the champ. Until someone knocks you off the top of the mountain, you can say whatever. If Steph or Klay or Draymond wants to say ridiculous shit, that is their right. You win three straight games to snag your 4th title, nobody can really tell you anything.

At some point though I think we should draw a line with this, and I think that line is at what Steve Kerr said about Jonathan Kuminga

Is there a single person on this planet that looks at Jonathan Kuminga and says "man, that's a young Giannis!" I may be wrong here, but I don't even think Warriors fans say shit like that. It's preposterous. I get it, Kuminga is super athletic and is pretty raw as a prospect, just like Giannis was back when he was a teenager

But not every super raw and super athletic teenager with potential is Giannis. Nobody is Giannis, that's what makes him Giannis. He's a 1 of 1 player. That would be like someone comparing a good young shooter to Steph Curry. It's insane.

I think maybe what Kerr is trying to suggest is that Kuminga is nowhere near a finished product which is true. Where he sort of runs into trouble is in no way will he be what Giannis is now. That's not a hot take, it's just reality. You can still be a really good player and not be Giannis. It's not just his genetics that help makes Giannis so dominant, it's his work ethic. Few players on the planet have his drive. He's unique in every sense of the word.

It's also not really fair to Kuminga to make this comparison. Why put that added pressure on the kid? I get having confidence in your players, but this seems unnecessary. All this is going to lead to is everyone on the internet shitting on Kuminga because he isn't Giannis and will never be Giannis. Just because the dude can dunk and is good around the rim doesn't mean it's time to compare him to a guy who will probably go down as one of the greatest players in NBA history. That feels…..excessive.

The Warriors as a franchise do have some decisions to make pretty quickly in regards to their roster. They need to pay Draymond, they need to pay Jordan Poole and Andrew Wiggins, something their GM Bob Myers recently talked about

This is where I think the next wave of Warriors talent becomes important. If guys like Kuminga/Wiseman (who is now healthy)/Moody are all able to take a leap this season, it gives the Warriors some options. Maybe they feel like they don't need to overspend to keep guys around if they are getting legit production from players on rookie deals. If those kids take off, maybe they are able to be flipped for different more established pieces if the Warriors end up not paying Wiggins/Poole. Maybe that still happens even while paying all 3 guys because the Warriors don't give a shit about a luxury tax penalty since they are still winning titles. When we talk about the Warriors Dynasty, that trio of young talent is an interesting part of keeping that ball rolling.

So you can see, Kuminga taking a leap is something Steve Kerr is probably hoping happens for a variety of reasons. I just think we should pump the breaks at the whole comparing him to Giannis thing. That's just silly.