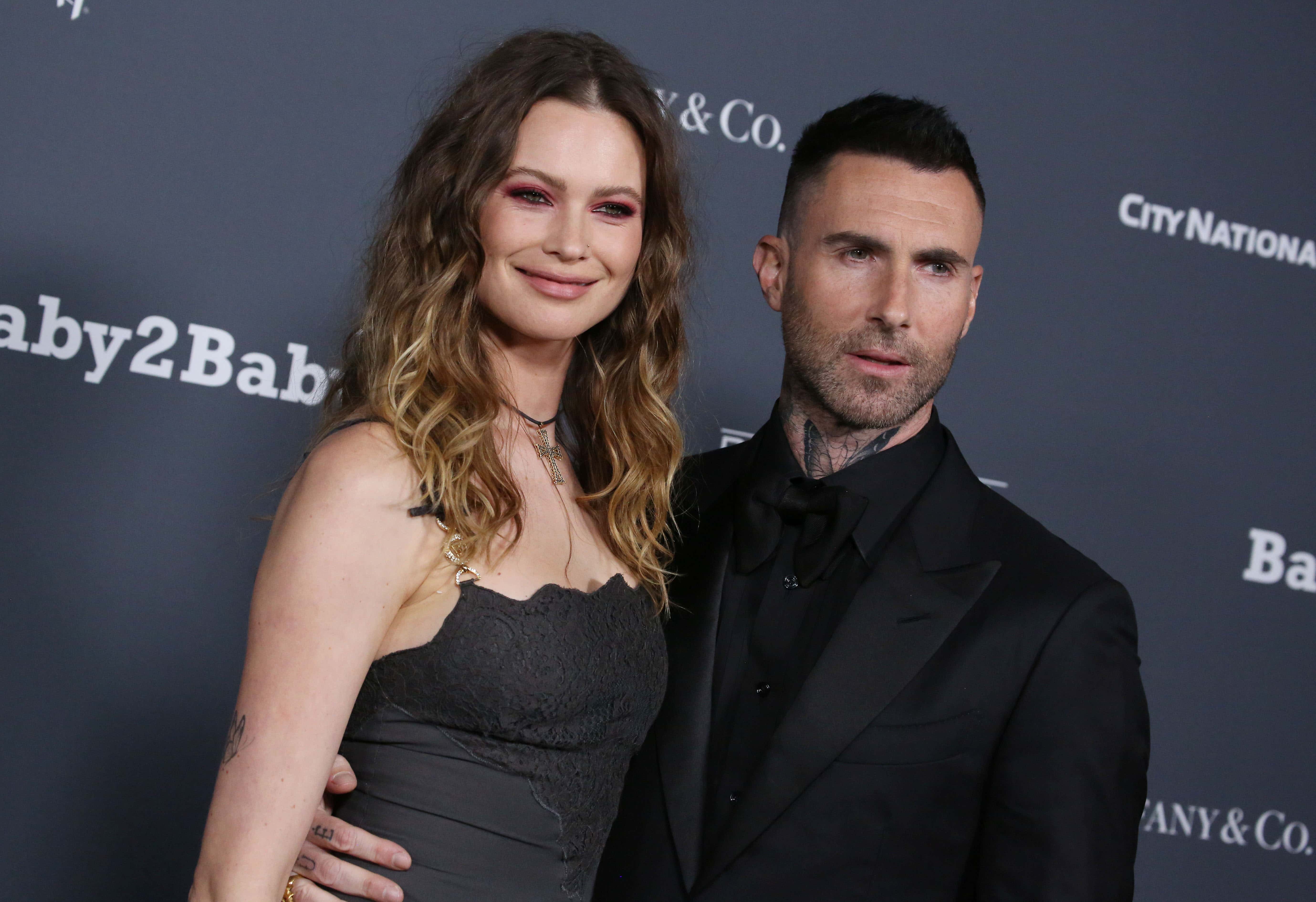 If there's one constant in every celebrity scandal, all it takes is one person going on the record and in matter of hours or days, the floodgates open and everyone starts coming forward. That first one to blow the whistle on a famous person is the pebble that starts the rock slide that grows into a full out avalanche. Whether it's something as grievous and serious as Harvey Weinstein pinning actresses under his grotesque, sweaty, stanky, hirsute belly as the cost of getting hired or as trivial as Adam Levine asking permission to name his baby after his sidepiece:

… as soon as you hear one story, you know it's just the beginning. Once that opening shot is fired, it's always going to set off a salvo. Because sliding into women's DMs is like heroin. No one dabbles in it. You either never do it, or it's your lifestyle.

Like an exterminator will tell you, you never have just one mouse in your walls. So it should be no shock to anyone that women are coming out of the walls with texts practically identical to the ones Sumner Stroh enjoyed:

Source - [A] woman named Alyson Rosef shared her alleged direct messages with the Maroon 5 frontman, including one purportedly sent from him to her that read, “I shouldn’t be talking to you you know [that] right 😤?” …

Rosef claimed she had “a lot more” messages but chose not to share them because they are “not appropriate” and she “didn’t feel comfortable posting everything.” …

Another woman, comedian Maryka, took to her Instagram Story on Tuesday to share her alleged DMs with Levine, which began with his purported message to her that read, “I’m now obsessed with you.” …

“Dude aren’t you like married,” Maryka wrote back, to which the singer allegedly responded, “Yes but it’s a bit complicated. Stuff gets hard and the vid thing didn’t help. I might get away.”

Source - Adam Levine's former yoga teacher has accused him of sending a dirty text to her - as she became the fourth woman to come forward with explosive claims against the Maroon 5 singer.

Alanna Zabel, who trained the pop star from 2007 to 2010, alleges he said he wanted 'to spend the day with you naked' and bragged to his friends about how she had 'the best a** in town and it was cute'.

As far as the cuteness of Alanna Zabel's ass, I suppose that would be standard equipment on a yoga teacher. A perk of the job. As to how it compares to the others in town, I'll leave it to you to decide:

I want to be clear about one thing: By no means am I here to judge Adam Levine. If he was married to my sister, I'd have strong feelings. But "Pop Singer Who Women Find Utra-Attractive Tries to Have Sex With Multiple Women" doesn't move the needle. And hasn't been a surprise since Rudolph Valentino, Frank Sinatra, Elvis, Jim Morrison or Justin Timberlake. It comes with the territory. It's why men want to be rock stars. In fact, Levine's hitting on beautiful women is, quite literally, him showing Moves Like Jagger.

And if you think that it's shocking because he's married, or married to a Victoria's Secret model, with all due respect you don't know the first thing about how blokes are wired. According to legend, the great Lee Trevino put it perfectly for all men. He was supposedly at the 19th hole having post-round beers with some friends when a gorgeous woman walked into the bar and all eyes turned to her. "The really amazing thing about that," Trevino allegedly said. "Is that somewhere out there is a guy who's sick of her." That's something I think about every time Jennifer Aniston adds yet another name to her incredible list of exes.

Even being a lingerie model doesn't make you immune from a guy breaking the marriage vow he took from you. Which is something Levine himself explained to the world a while back:

Daily Mail again - In a 2009 interview with Cosmopolitan - five years before he married Prinsloo - he was asked 'why do guys cheat?' to which he responded: 'Instinctively, monogamy is not in our genetic makeup.

'People cheat. I have cheated. And you know what? There is nothing worse than the feeling of doing it.'

I don't know how much more direct he could've been about his intentions. He made it louder and clearer than his shrill, off-putting falsetto singing voice. Like all men, he's hardwired by evolution to want to share his seed and spread his DNA. Which doesn't justify cheating on your spouse, but it does explain it. Personally I don't cheat for several reasons. First, and most obvious, because I'm not the catch that the lean, handsome, zero body-fatted, tattooed lead singer of a chart topping band is. Second because I recognize I outkicked my coverage by a lot of yards. But also because one wife is more than enough. I can't imagine life of trying to balance more than one woman. (I mean, there are only some many hours in the day. Do you really not want to make time to hang out with friends crushing beers at the 19th hole and just talking about chicks?) But I'm me and he's Adam Levine. And he know doubt feels he owes it to his penis to text as many potential women as possible. To whom much is given, much is expected, and all that.

The bottom line is that none of this was not to be expected. Women have come forward, and no doubt we'll hear from more. So far this has been a game of Just the Tip, with the rest of this great female iceberg revealed in the days to come. And I'm a lot less offended by Levine's infidelity than I am by Maroon 5 presenting the worst Super Bowl halftime show of all time.