Change is hard. It doesn't always work and people usually hate it initially because we as a species are kind of set in our ways. It's why whenever Twitter or any social network has an update we all complain about it for 2 days before just getting over it because we are addicted and it's really not that big a deal. You adapt.

I didn't have first hand experience with this because I am someone who still plays 2K21 as I am deeply committed to my Franchise mode or whatever. I'm in Year 5 or 6 of that thing and I plan on seeing it through. I've always been like that with 2K or Madden. Partly because I am far too cheap to keep spending a billion dollars every year on the new game, but also because I prefer to do the MyGM/Franchise mode, and until they figure out how to make that shit transfer from year to year (if this actually can be done someone please tell me), I'm all set. In fact, I just had a devastating situation two days ago in my Madden 2020 franchise (now in year 2031 nbd) where when the game saved, the file got corrupted somehow and I lost everything. Now it won't load. Pretty sure that was EA Sports putting their foot down saying enough is enough, you need to buy a newer version. To say I was devastated is an understatement.

But back to the Celts court. When I saw that tweet I was curious, mostly because 2K always gets this stuff first. It was the only place I had seen/heard of any sort of change to the center logo. I didn't know what to believe. As someone who believes the Celts Parque is the best looking floor in the entire league (not really a debate imo), I wasn't sure how I felt. I just knew I needed to see an actual image if this was going to be the case. 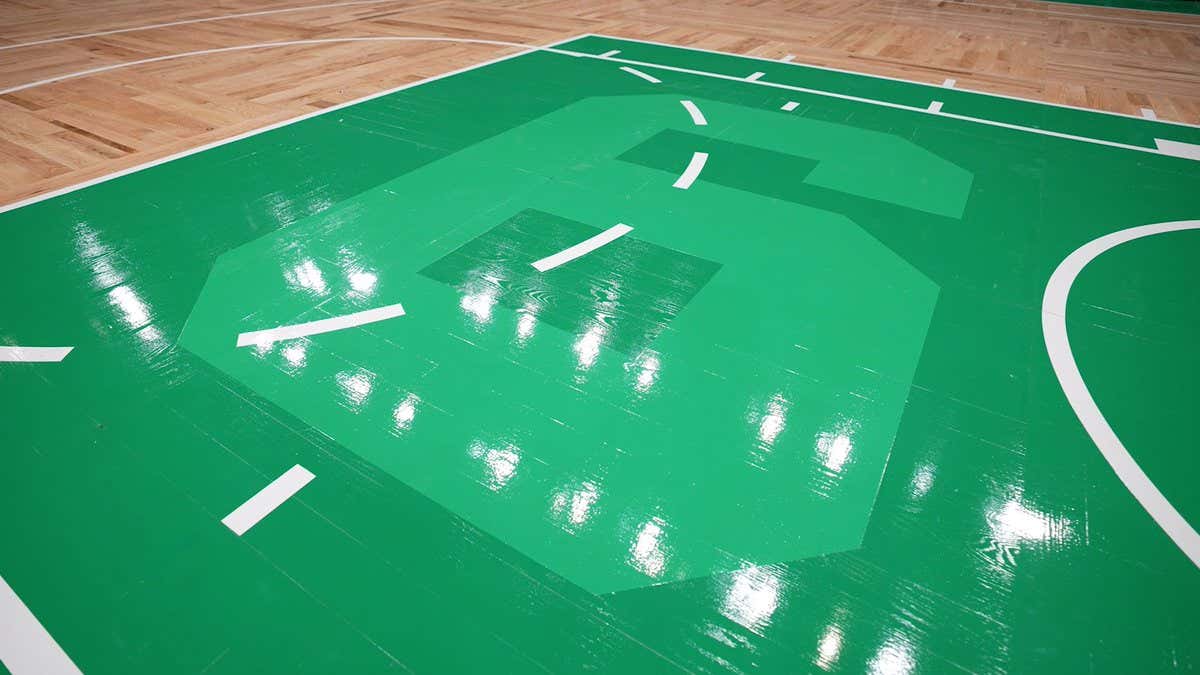 and it appears that's not the only change coming. That 2K leak looks pretty real to me.

Initially, I was conflicted. The traditional court has basically been the foundation of my entire Celtics fandom. I've lived through it all with the classic look 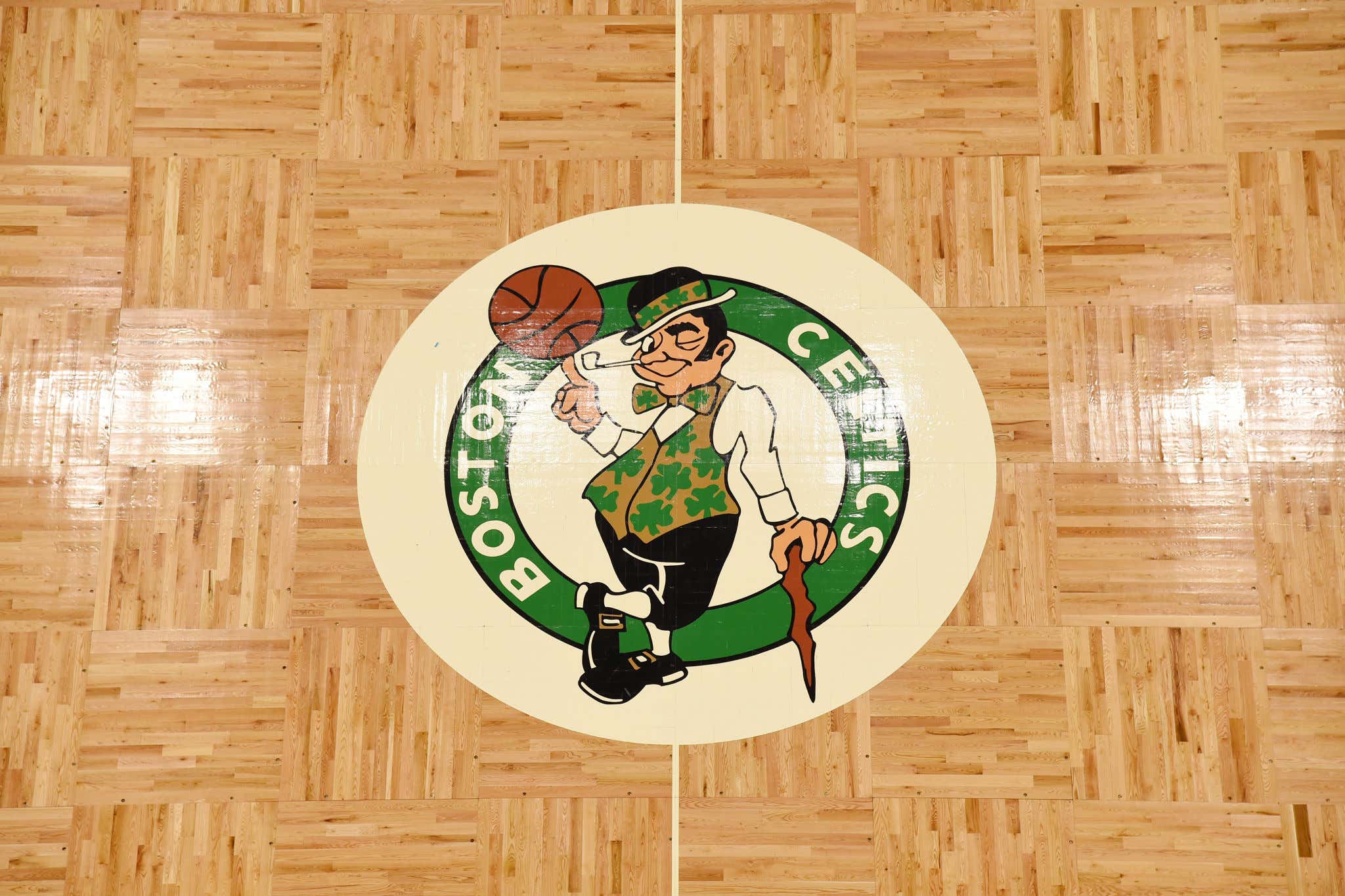 The darkest period in Celtics history which helped mold me (the 90s). The greatest moments of my life with the Big 3. It's all I've ever really known, so it took some time for me to truly decide how I felt about this change. This isn't just any old franchise we're talking about here. One that seemingly has a new jersey/court design every season. The Celts floor is iconic. It's simple and clean. Their look was pretty much one of the only constants in our lives.

But you know what? I'm in. I wouldn't have hated it if they removed the larger white circle and kept the white in the middle, but the more I look at it the more I kind of like it. It definitely took my eyes a little bit to get used to it and I'm interested to see what it looks like during games, but I don't think I'm alone here in welcoming this change.

I'm also not ruling out the mojo factor. Maybe this is the change that needed to happen in order to finally get over the hump and raise another banner. I don't know, you don't know, why not try it? The Celts are so close to a title I don't think you can leave any stone unturned. If things start to look terrible on this new court, just change it back.

As I can imagine, the olds will probably hate this. I didn't even have the heart to tell my Dad they changed the court knowing it would probably upset him. There's a chance I'm maybe the only person on the planet who cares about this stuff, but I don't think that's the case. OK, maybe it is the case but it's important to me and I make the rules around here and I spent way too much time last night debating this in my brain as I couldn't fall asleep last night. Is that weird? Yes. I know, you don't have to tell me. I'm starting to go a little crazy waiting for October 18th, sue me.

While we're on the subject of court designs, I'd like to just make one request. If the Celts are fortunate enough to return to the NBA Finals this season, please for the love of God bring this bad boy back 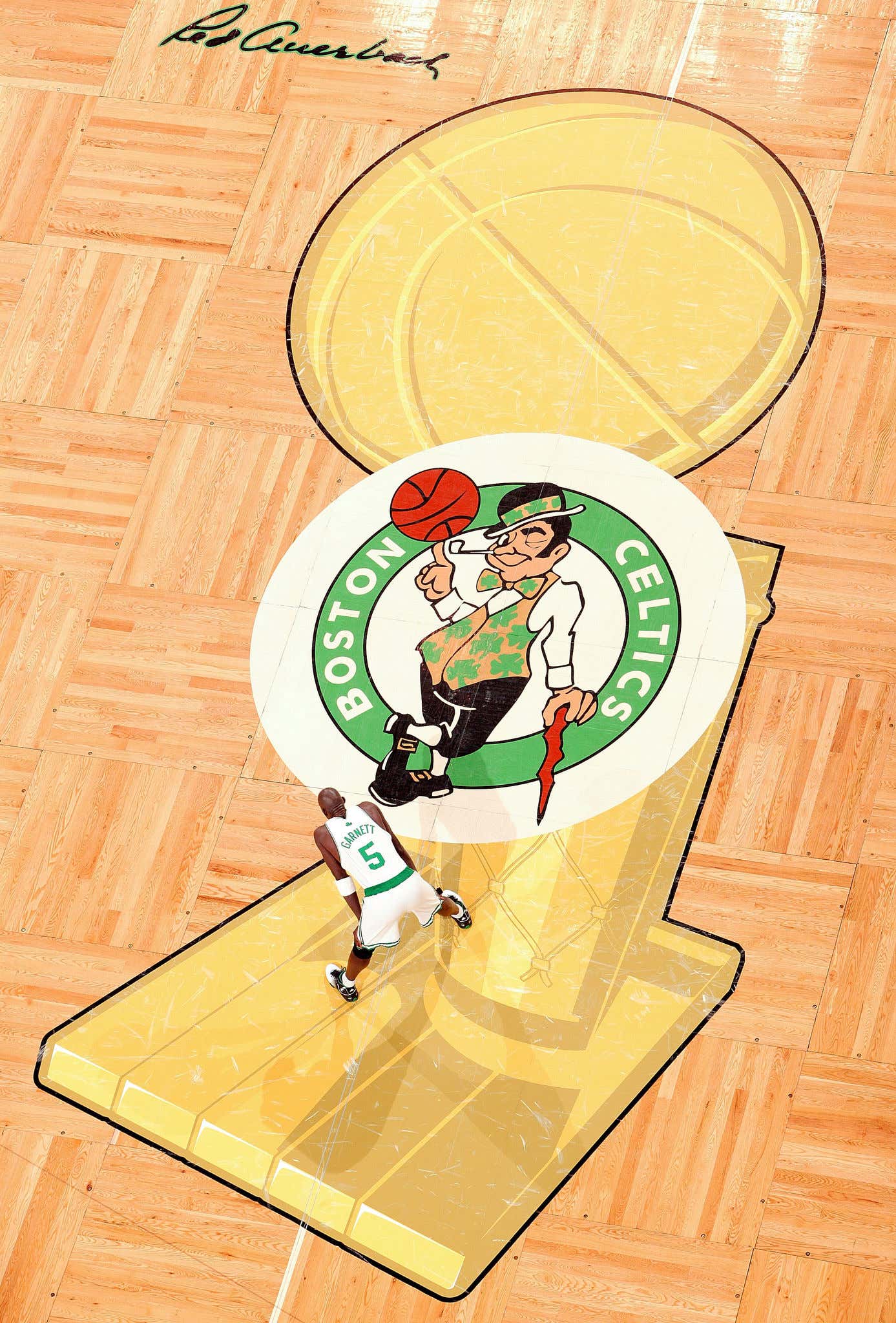 I don't know why the league went away from the giant trophy in the middle of the court, but I'll forever love it.