As you've seen by now, Aaron Judge went liftoff for the 60th time of the 2022 season last night. It was as insane moment over at Yankee Stadium as the left field bleachers went into a frenzy to find the prized ball.

Turns out the college kid who got the ball impressively escaped the dogpile pretty quickly while everyone else looked for the moneymaker.

Respect to him wearing an Ellsbury jersey that's now turned into Harrison Bader. That's the beauty of getting an authentic no-named jersey with the Yankees.

So what did he get in return for relinquishing number 60?

And how much was the ball estimated to be worth?

Now there's two sides here. There's the good fan argument who values the kid's respect for Aaron Judge and giving it back to his favorite team's star. You get to be the "good guy" and meet Aaron Judge.

Then there's the flip side where you are mocked for missing out on a gold mine. You gave away something worth six figures for a few signed bats and balls. You say Judge has "given so much for this organization" when the reality is if negotiations with Hal don't go well in a few months he could very easily be on the San Francisco Giants in 2023. Then what? You gave him the ball out of good will and missed out on a huge pay day as a college kid while he took the bag elsewhere and looked out for himself. Judge didn't take a home town discount this past offseason, why should you?

The way I see it? No matter what side of the coin you fall on you have to get more out of this than a few signed bats and balls. That's not even negotiating. Why go through the trouble of being part of that scrum in the bleachers if you didn't plan to do anything with the ball? At the bare minimum you gotta get season tickets or something if you really don't want any money out of it. Get a valued return that's at least somewhat worth your while. At the absolute very least get hooked up with Legends tickets where you sit behind home plate and get the unreal luxury buffet downstairs. But really that's not a how lot either when you factor in how much this ball is worth.

Now this is all for home run ball number 60. A great moment no doubt, tying Babe Ruth's mark he set back in 1927. That being said, the next two bombs are where the stakes sky-rocket. If you get your hands on the one that ties Roger Maris' 61 or the record breaking 62? I'm sorry but you can't give that away on the spot because you're a good fan. Aaron Judge is about to get PAID more money than you'll ever think about this upcoming offseason. He can afford to cough up some cash to get that ball.

The number one move in these situations is to leave the stadium with the ball in hand. You don't give it to anyone that night. Get a good night's sleep under your belt and think it over. Making the rash decision in the heat of the moment is the wrong move. Don't get bullied by these stadium employees who claim you won't be able to authenticate the balls once you leave. Major League Baseball is using specially marked balls for all Judge and Pujols at bats the rest of the way. Don't worry, you'll easily be able to prove you have the ball.

I don't mean to shit on the kid who gave it away. He's a naive college kid who thought on the fly and fell to the pressure of giving a ball special back to Aaron Judge. In the moment it's tough to not cave as you get pressured, but waking up today you gotta realize you missed out on a nice bag.

If I couldn't get money here would be my dream request: A pair of season tickets for a few seasons, Judge comes on The Short Porch, I'm on the float down the Canyon of Heroes after they win their next World Series, Judge re-signs with the Yankees.

Whatever happens these next few games please for the love of god do not let Zack Hample get those balls. Absolutely fucking not. I wouldn't be able to live with myself if he's on TV shoving a 5 year old kid to the ground and stomping on his face before coming up with the baseball. I refuse to live in that timeline.

P.S. Rico begged me to put his TikTok on the moment in this blog. I support Rico so here is that TikTok. Thank you

P.P.S. While I have you here we're doing Merchapalooza. If you use my code, show me proof and I end up winning money I'm giving away 33% of the winnings to a few of those great folks. Just me helping out the people. 10% off the store as well with the code! 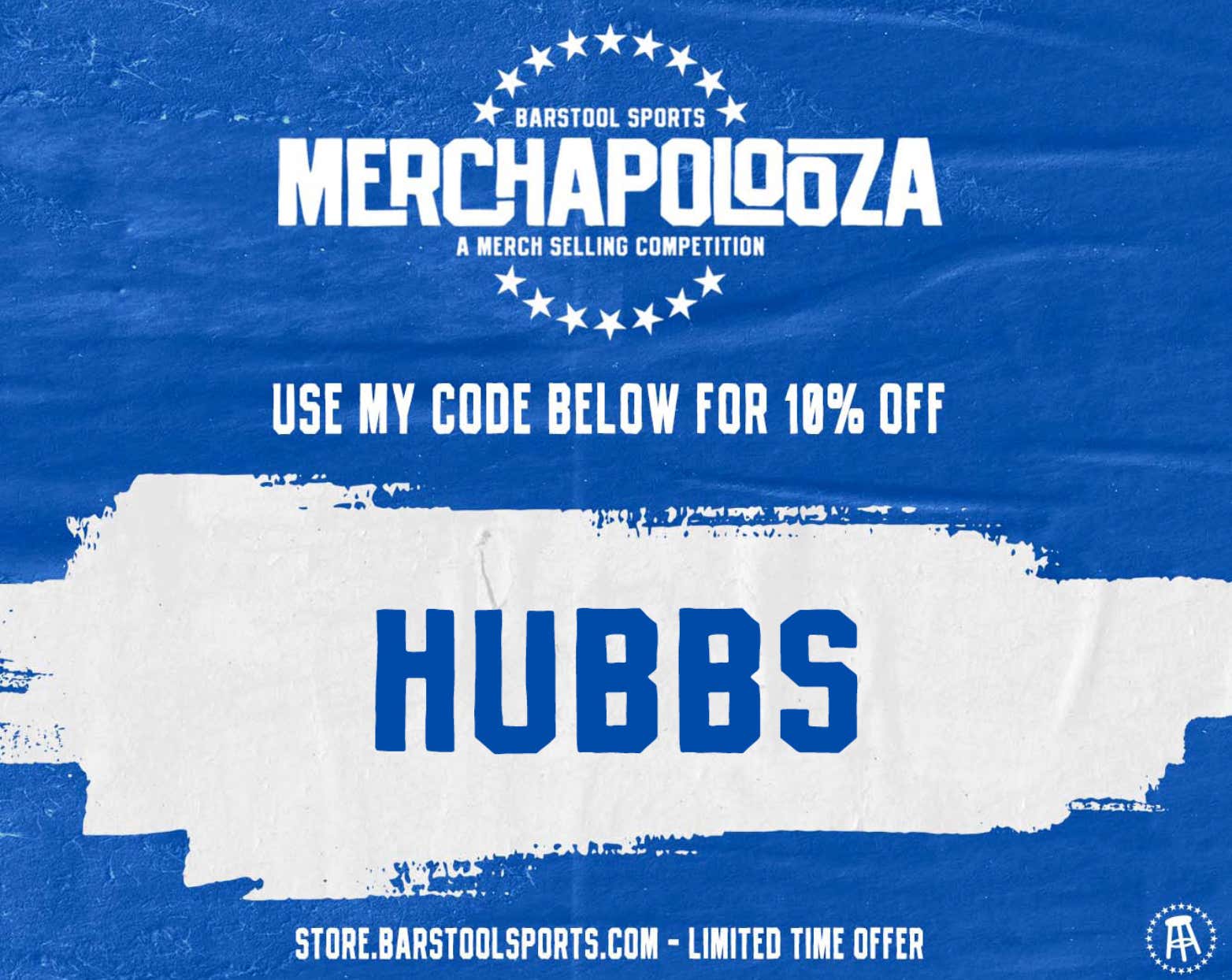